Views across the divide

Chemists are concerned for the future

If I were a political commentator, my chances of saying something about the UK referendum on membership of the European Union (EU) that isn’t obsolete by the time it is published are slim. Who will be in charge to handle the vote in favour of leaving, what stage the process will be at and even whether the result will be acted on at all are uncertain questions and apt to change swiftly. 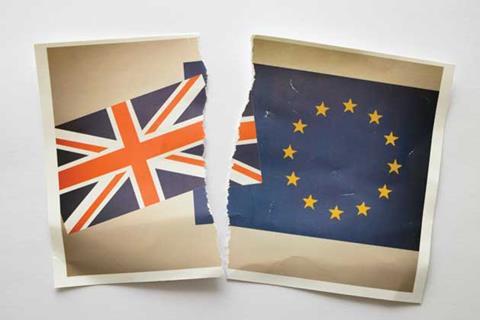 As a science commentator, however, my task is somewhat easier. I doubt that the words of British chemist Russell Cox, of the University of Hannover, are going to be any less apt months, maybe even years down the line than they are now. ‘I can’t see that the current mess will do UK science any good at all, says Cox,’ who moved to Germany three years ago and is now mightily glad that he did.

I’ve been speaking both to British chemists working in other European countries and to those from EU countries working in the UK since the referendum. For the latter, the personal story and outlook is very different from Cox’s. Many no longer feel welcome or secure in British society. ‘I am seriously reconsidering career options outside the UK, whatever the exact outcomes may be,’ says German chemist Ulrich Hintermair, who works on inorganic catalysis at the University of Bath.

The EU referendum has polarised the UK to an unprecedented degree, and the outcome – with 51.9% in favour of leaving – speaks for itself about the almost exact bisection of public opinion. But this narrow margin conceals the real story: the lines along which the nation was divided. Almost the only common demographic factor not highly correlated with voting position is gender. One of the strongest correlations was in terms of education; the greater the level of education, the more likely the individual was to vote remain. So it is no surprise that the vast majority of scientists (estimated at 80% or more) fell into that camp.

These stark divisions will – and should – dominate national discourse for some time to come. If they gave science any thought at all, ‘leave’ voters might have felt that it would be relatively unscathed, or that some short-term harm would heal in the long run. But surely no one can argue that the current uncertainty about the future and the dramatic economic losses already incurred will, at least in the short term, be anything but detrimental to the health of British research.

It is perhaps the question of confidence that is the most urgent. Other scientists I have spoken to in recent days confirm that Hintermair is not alone. For Europeans who are not British nationals, the worry is not just about residence status or sources of funding, but whether the UK’s famously tolerant attitude has just curdled into a wave of xenophobia (even though that may have little or nothing to do with the reasoning of most ‘leave’ voters).

Simply, the UK has lost its shine to researchers from other European countries (and indeed quite possibly to non-Europeans). ‘UK Universities are among the best in the world and have a truly open and international atmosphere,’ says Dutch computational physicist Daan Frenkel, of the University of Cambridge. ‘Their contribution to the UK society – not just in economic terms – cannot be overstated.’

But now their internationalism is under a cloud. Like most British institutions, Cambridge has issued a statement stressing ‘no immediate change’ and that ‘discussions [are] underway’ with the government.

Many will not be reassured. ‘EU funding has been absolutely crucial for scientists in the UK,’ says Frenkel. ‘The uncertainty about the future of this support mechanism is having its effect now. It started within 24 hours after the referendum and it continues at an accelerating rate. Top scientists who were considering to move to the UK have indicated that they would now rather go elsewhere in Europe (or beyond), and some of our own best and brightest look for an academic career elsewhere.’

Philipp Holliger, of the MRC Laboratory of Molecular Biology in Cambridge, agrees. ‘In my opinion, incalculable damage has already been done to the attractiveness of the UK to European scientists by both the campaign and the outcome and that cannot be undone.’

Frenkel says that the most urgent priority is to try to stem a potential brain drain. ‘What is needed now – and I mean days, rather than weeks – is that the present government, and all political parties that care about UK academic excellence, are quite explicit in stating that the UK government underwrites continued funding for UK academics who would otherwise have applied for EU research grants,’ he says. ‘Our rising stars should not be disadvantaged by the fact that their country chose to leave the EU.’

‘If this kind of hard assurance is not given very soon,’ Frenkel warns, ‘the damage will be irreversible. My colleagues from international top institutions are already discussing quite openly whom they plan to recruit.’

A similar call for assurances that the positions of non-British scientific staff and students will be safeguarded has been made by the president of the Royal Society, Venki Ramakrishnan. ‘We are in a global market for talent,’ he says, ‘and one of the most valuable assets we have is our reputation as an open and welcoming country that attracts students and researchers from all over the world. We must ensure that we maintain this reputation.’ It’s the right demand, but already comes too late for some.

These assurances are yet to arrive, however. Jo Johnson, the UK minister for universities and science, has stated that is it ‘too early to say what a new settlement [on UK collaboration with the EU] will look like, and exactly what our relationship to successive framework programmes will be.’

What of the longer term? Here the key concern is about the effect of changes in the accessibility of EU funding to UK researchers. ‘It is most likely that UK research, already not particularly well funded when compared internationally, will suffer from being excluded from European funding sources,’ says Hintermair. The EU was a net source of income for British science, says Italian engineer Andrea Ferrari, who heads the Cambridge Graphene Centre – it brought in about €1 billion (£760 million) per year.

For the molecular sciences, one of the biggest European projects that could be affected by a UK withdrawal from the EU is the Graphene Flagship, a €1 billion project that involves researchers at the new £61 million National Graphene Institute at the University of Manchester and at Ferrari’s Cambridge team.

Ferrari is, however, one of the few scientists I spoke with who was not entirely pessimistic about the prospects. ‘At the moment it is business as usual,’ he says. ‘The programme goes forward, and the British partners remain such until someone tells us otherwise. We do not expect any changes to happen any time soon.’ Ferrari points out that scientists in Switzerland are leading the other Flagship programme, the Human Brain Project. That relationship has had its ups and downs, he says, but funding has not been affected.

Ferrari says that neither side in the referendum debate gave any sign of doubting the value of British science. Nor will EU scientists want to see collaborations falter. ‘We all work together for the same goal,’ he says.

The sheer size of the Graphene Flagship, not to mention the eminence of the British contributors, makes it likely that all parties will be able to ensure that continues. Smaller projects might face a rockier ride, however – not least because UK involvement could now be seen as an impediment. There are rumours that British collaborators in projects with EU funding are already being asked to remove their names from applications.

And if it hasn’t happened already, there are signs that it will. French chemist Catherine Cazin, who works on homogeneous catalysis at the University of St Andrews in Scotland, was already planning to move her group to Belgium long before the referendum. Now she says that ‘I intend to write EU grant applications – and at the moment, as we are unsure of the UK status within Europe, I would probably avoid UK partners.’

It might sound harsh – but in the uncertain climate created by the referendum result, who can blame her?