The mysterious world of the human genome 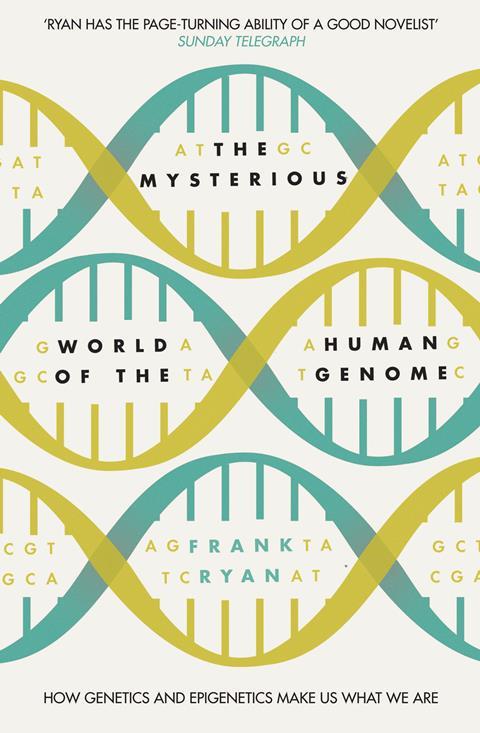 Back when I was a chemistry undergraduate, I used to know a lot about genetics. At the risk of sounding arrogant, I’d venture to say I knew pretty much everything worth knowing. However, that was back in 1995. The genome of the nematode worm, let alone the human genome, was yet to be sequenced. So in reality I knew next to nothing because, by today’s standards, next to nothing was known.

To my shame, apart from the odd newspaper article and TV documentary, I haven’t really kept up with the changes that have occurred in genetics since then. Reading Frank Ryan’s The mysterious world of the human genome certainly helped in putting this right.

Ryan is a consultant physician and his research has contributed much to the field of evolutionary biology. It is clear that this is the voice of someone who knows what he is talking about. The explanations are concise, but I don’t think he quite meets his goal of writing something accessible to someone who ‘know[s] nothing at all to begin with’. I think anyone with a good understanding of high-school level genetics, however, will have no trouble with this book. I would have loved to have had access to it as a student interested in broadening my knowledge.

There is one style point I didn’t like: when explaining the molecular structure of DNA, Ryan adopted a dialogue with the reader. Fortunately, this motif forms only a small part of the narrative. The majority is written in a very fluid style.

Although there is nothing to delineate this clearly, the book effectively has four main sections: the first part is a historical account of genetics. This includes an interesting and convincing argument that it is right Rosalind Franklin did not receive greater recognition for the discovery of DNA’s structure – a brave move that goes against the current fashion.

The second part brings us up to date with our knowledge of genetics, gleaned primarily from the findings of the Human Genome Project. The role of introns and exons is one thing that I had no previous knowledge of that I found fascinating.

The third and fourth parts emerge from Ryan’s own particular interests, be it viruses or the role genetics has played in understanding the evolutionary history of hominins. The latter, in particular, marks a big shift in the book’s message. However, it is so fascinating that it should be welcomed. Paleogenetics has transformed our understanding of human history; genetics as a whole is radically transforming our understanding of what makes us human, and in the near future it will transform what it means to be human. It is a field every thinking person should have knowledge of, and Ryan’s book is an excellent way to obtain it.