The sting of the wild 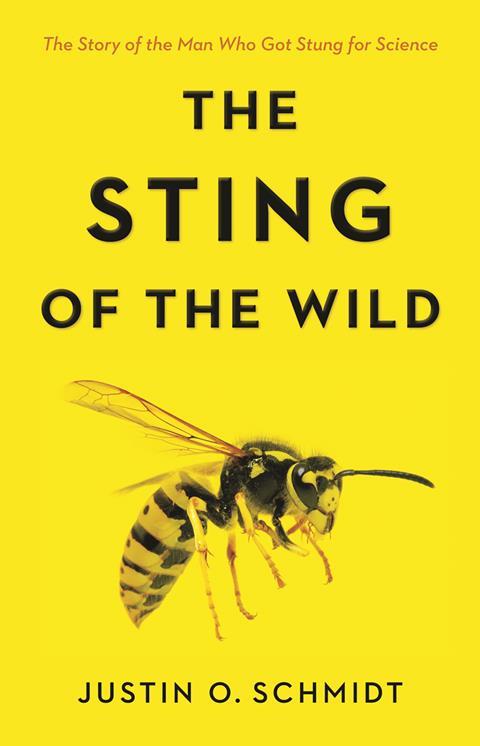 Justin Schmidt, entomologist extraordinaire, is perhaps best known for his ‘pain scale for stinging insects’. Based on personal, painful experience, he ranks stings from a tolerable score of one to an extreme four, where ‘excruciating is an understatement’.

Following a BSc and Masters in chemistry, Schmidt found himself drawn to entomology, inspired by childhood experiences exploring rural Pennsylvania in the US. ‘Chemistry lacked living, moving nature – insects to be exact,’ he writes. ‘Stinging insects were still etched in my memories.’

Moving to the University of Georgia, Schmidt chose to combine chemistry, ‘what he knew best’, with his love for stinging insects. There, he eagerly followed a suggestion to study Pogonomyrmex harvester ants, with their unexplored venom chemistry.

Schmidt and his wife Debbie, a zoology student, were both stung during an ant-collecting mission. ‘This was no ordinary sting,’ he fondly recalls. The ‘deep ripping and tearing pain’ only died down after eight hours. Yet Schmidt was fascinated by the way the hairs around the sting site stood up, while the skin became moist with sweat. It was ‘love at first sting’.

Schmidt never looked back and proudly proclaims his love for harvester ants. He assigned the sting a pain level three, described as: ‘Bold and unrelenting – somebody is using a power drill to excavate your ingrown toenail.’

From that moment, Schmidt was hooked on stings – their chemistry, biochemistry and physiology. He and his wife headed off in their camper van to collect venom from a range of insects.

‘We had no desire to be intentionally stung,’ Schmidt recalls. ‘But if we did get stung, we might as well be prepared to record the data.’

In a chapter devoted to harvester ants, Schmidt describes the excitement of heading out in the first monsoon rain. At other times, the ants crawl over his sandal-clad feet without stinging yet the monsoon drives them mad. ‘No matter how vigilant I become, inevitably I am stung,’ he writes. ‘That is a price for having a love for harvester ants.’

To date, harvester ants produce the most toxic known insect venom. Schmidt delves into the chemistry, focusing on the key role of the venom’s enzymes, which can destroy cell membranes.

Meanwhile, a chapter on bullet ants (four on the pain scale) describes Schmidt’s adventures in Costa Rica. With their unique and unusual venom, bullet ants can devour insects, spiders and other invertebrates. One sting is enough to kill a rat.

Schmidt found his accidental bullet ant stings to be excruciatingly painful: ‘Like walking over flaming charcoal with a 3-inch nail embedded in your heel’. They also caused his forearm to shake uncontrollably. He cheerfully describes how the muscle contractions are caused by a peptide called poneratoxin. To confirm the chemical’s effects, Schmidt went as far as injecting a dose under his skin.

This surprisingly joyful book explores the difficulties in defining pain, as well as covering ‘sting science’. Other chapters deal with: sweat bees and fire ants; yellowjackets and wasps; tarantula hawks; and honey bees.

Schmidt does a good job of passing on his boundless enthusiasm for insects. The sting of the wild is an easy read, packed with chemistry and anecdotes.