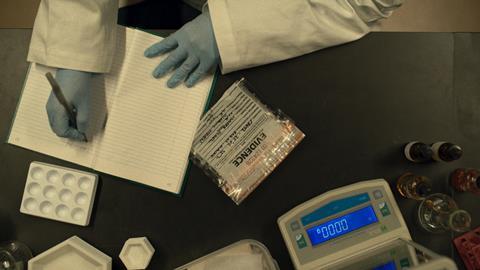 TV series: How to Fix a Drug Scandal

How to Fix a Drug Scandal tells the sordid tale of how two chemists at different state crime labs in Massachusetts were arrested just months apart for tampering with drug evidence, sending shockwaves through the US criminal justice system. The show reconstructs the cases of Annie Dookhan and Sonja Farak who were taken into custody in September 2012 and January 2013, respectively. Both already served their prison sentences. The docudrama spins a story that took years to uncover and sort out, showing of how much damage rogue chemists can inflict.

The two women’s falsification of forensic findings resulted is the dismissal of an estimated 37,000 drug convictions. They were faking lab results, which meant that tens of thousands of people might have been wrongfully convicted of possessing or distributing drugs.

In its four episodes, the series features police interrogation recordings, re-enactments of court testimony based on transcripts as well as interviews with family members, politicians, lawyers and their clients who were affected. What’s missing, however, is the voice of scientists, especially Dookhan or Farak. Interestingly, both women worked at the same lab in Boston in 2003 and 2004, but the miniseries misses the opportunity to find out whether they knew each other and had any sort of professional or personal relationship.

It primarily focuses on Farak, whose worsening addiction led her to steal drug samples and lab standards from her workplace. She even admits to cooking crack cocaine at night in her workplace, where she was employed for about nine years, and then smoking it right there.The miniseries also describes how Dookhan, who was highly prized for her productivity, simply wanted to impress her superiors. She had worked at the Hinton lab for over a decade, and appeared too cosy with prosecutors, based on email evidence.

Unfortunately, the documentary switches back and forth between the stories of Dookhan and Farak in a confusing and seemingly haphazard way. It often makes it hard to tease out which woman did what and which civil rights abuses resulted. In addition, chemists may be disappointed that details about how these drug tests are conducted are lacking. For example, there are references to the fact that Dookhan engaged in ‘dry-labbing’, but there is no explanation of this illegal process, which involves forgoing experiments and simply making up data.

But overall, it’s captivating television that delves into forensic crime labs – a basic foundation of the criminal justice system that is poorly understood and rarely illuminated. The viewer gets a peek at the shockingly minimal security in these underfunded state labs. This is a cautionary tale of chemists who were given free reign and gravely abused their power.

It’s must-see TV if you are interested in the connection between science, law enforcement and justice.