You Look Like a Thing and I Love You: How Artificial Intelligence Works and Why It’s Making the World a Weirder Place 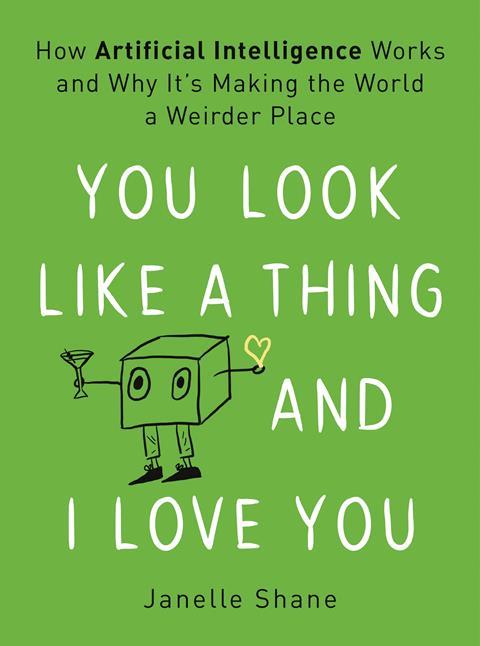 How many giraffes can you see? Too many to count. This seems unlikely – unless you are an artificial intelligence algorithm trained on a dataset in which giraffes were somewhat overrepresented.

As Janelle Shane explains in her book on how artificial intelligence works and why it’s making the world a weirder place, accidental over-inclusion of giraffes in image collections used to train AIs is exceedingly likely. The presence of a giraffe is so rare and exciting that you are almost certain to take a photo.

An optical physicist, Shane documents such eccentricities of AI on her blog and Twitter feed, which she has now expanded into this delightful book. The title comes from an experiment she ran to see if an AI could generate human-acceptable pick-up lines. The results were, as you can see, mixed.

This is the crux of Shane’s highly compelling argument about AI: its danger doesn’t come from exceeding intelligence – human-like AI remains firmly within the realm of science fiction – but from the very weird things that narrowly focused algorithms do. Like the self-driving car algorithm that identified a sideways-on lorry as a road sign, causing a fatal accident. As artificial intelligence becomes ever more deeply embedded in our modern digital lives, it behoves us all to understand it better and know its limitations and failings.

I really loved this book, and, if you like your serious science accompanied by very cute cartoon illustrations, you will too. Shane’s explanations are not only laugh-out-loud hilarious but also so accessible. Reading the book moved me to go do my own experiments in AI weirdness, like playing with predictive text on my smartphone and chatting with virtual chat bots about giraffes. I feel much better informed as a result.