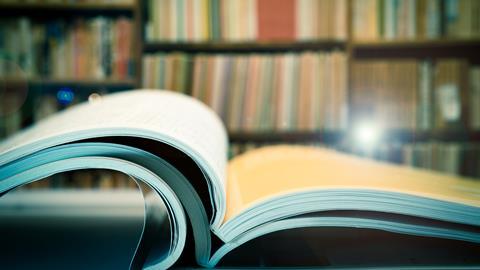 Can patents ever be as popular as papers?

Do you think patents are long, boring and useless? Maybe it’s time to change your mind.

To most medicinal or synthetic chemists, the thought of reading a patent is a daunting, often boring, one. Patent documents can easily exceed 500 pages and rarely fall below 150. What seem to be familiar skeletal structures are instead indecipherable molecular representations that are not completely neutral, covalent or ionic. The conventions of journal manuscripts – introduction, results, method, discussion – are absent, as is any concept of an abstract to help the reader quickly grasp what’s in front of them. A quick scan of a journal paper and you will have identified a chemical target, the synthetic procedure and 1H/13C NMR data. It would seem the journal paper provides synthetic chemists with everything they need.

Or does it? Overall, few chemists appreciate the value of patents, instead preferring research papers or databases as sources of chemical information. Patents are unfamiliar – their contents and purpose are misunderstood, they are rarely included in literature searches, they seldom feature in citations - and there is a general negative sentiment surrounding them (see opening comments on boredom).

So, is it any surprise that patents are not as popular as papers? Perhaps not. But when we compare patents with research papers in the contexts of purpose, completeness, law and cost, it may be that chemists should think again. The value and usefulness of patents should, in fact, not only demand an increase in their popularity but make them a first-choice source for those seeking chemical information.

Purpose: what is the point of patents anyway? 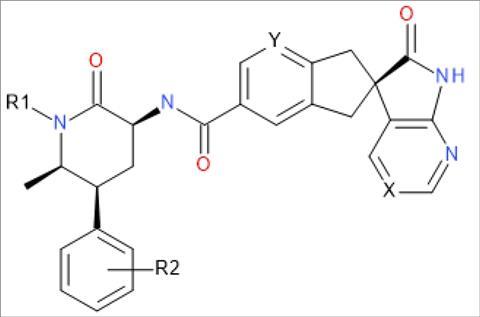 A typical Markush structure, from patent WO2013169348A1, defining all possible discrete molecules that can be made. 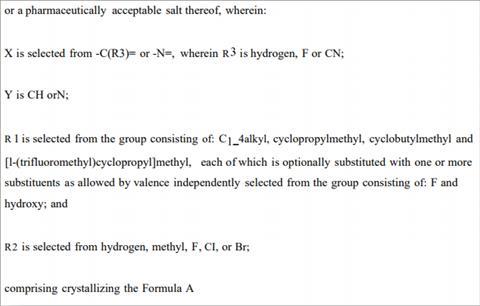 A chemical patent primarily discloses one or more inventions. Chemically speaking, this may be a new biologically active molecule or a new synthetic method of making a product of value. This is identical to what can be found in a journal paper – but patents identify and disclose this information in a more powerful way. The greatest value of a patent is the universally present declaration called ‘Claim 1’. Claim 1 is the first designation in the last section of patents (called Claims), which summarises the novelty of the invention. Chemical patents are usually accompanied by a molecular Markush structure (see an example in Figure 1, which concerns the patent WO2013169348A1 that covers a process for making CGRP receptor antagonists). A Markush structure denotes all the possible molecular arrangements resulting from a common molecular scaffold – even those that have not been synthesised by the authors (prophetic compounds) – by defining the groups R1, R2, X and Y around the molecular scaffold (see Figure 2).

Of course, there are many other claims but Claim 1 is special. In cases of litigation, a patent Claim 1 with true novelty and scientific integrity can, in theory, withstand any legal challenge. Claim 1 forms the backbone of invention disclosure, novelty and identification of the actual chemical entities that a researcher wishes to protect.

All of this means a patent serves a greater function than a paper and it is the absolute nature of the Claims section that should resonate most powerfully with chemists. The ability to identify a Markush in Claim 1 and discrete molecular names in other claims provides synthetic and medicinal chemists with an absolute confirmation of identity.

Completeness: why do chemists think patents are filled with junk?

Maybe we should ask instead why there is so little information in a research paper. The criticism of ‘junk’ in patents, levelled by synthetic or medicinal chemists, is perplexing. After all, most chemists are looking for as much information as possible so they can make their own chemical experimentation as accurate or ‘complete’ as possible. Journal papers will rarely show the full experimental and 1H/13C NMR details of all compounds. In letter publications, there is usually an even less useful general procedure published instead of actual examples.

With patents, it’s a different matter. There is an absolute ethic of ownership and declaration, with respect to a company’s intellectual property profile and portfolio. In short, if you don’t say you own it, then you don’t own it—and someone else is free to do so. Patents (as shown in Figure 3)  are notorious for displaying hundreds of pages of experimental procedures for compounds that have been synthesised in search of a particular novelty. This comes accompanied by biological data, 1H/13C NMR details, physicochemical studies and intended usage.

The responsibility of providing truly ‘complete’ data is critical to patents, although this is seemingly unappreciated by chemists. In fact, when compared with patents, the notion of completeness is barely applicable to research papers.

Law: what has it got to do with me – I’m just a chemist

The roles of synthetic and medicinal chemists, when interrogating patents and papers, appear to be identical – both are limited to delivering a programme of drug candidate synthesis, with the corresponding biological and spectroscopic data.

Patent law appears to be very distanced from synthetic and medicinal chemistry laboratories. This is unfortunate since there have been numerous high-profile cases where knowledge of medicinal chemistry intellectual property (IP) law would have come in handy. The intervention of a bench chemist with knowledge of the legal implications of filing patents relating to certain molecules can be worth millions of dollars.

The IP case of Merrell Dow vs Norton in 1996 proves the need for a complete patent skill set. This case hinged on whether an active metabolite of the antihistamine drug, terfenadine, could be patented as a new drug. However, the active metabolite was made in the body via a common metabolic process. A great deal of legal utility and law-making was required to resolve this case. However, at a scientific level, the only two issues to address were those relating to individual steps that converted terfenadine to the intermediate, and then into the active metabolite carboxyterfenadine, as shown in Figure 4. 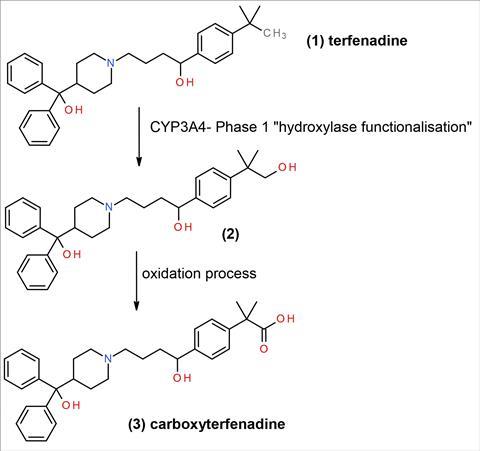 CYP34A is a very common drug metabolic enzyme. Here, it is converting terfenadine (1) into (2) via a simple metabolic conversion. Then the OH group in (2) is converted to a COOH acid group via another simple conversion to give carboxyterfenadine (3), which is the active metabolite that imparts the antihistamine effect. Merrell Dow sought to patent (3) so they could manufacture it. However, it was deemed not to be ‘novel’ because it was a known compound (made in the body). Merrell Dow failed to acquire the patent.

The first step of this metabolic process was a hydroxylase functionalisation reaction via a very common drug metabolic enzyme, called Cytochrome P450 isoform 3A4 (CYP3A4). The second step was an oxidation transformation. Pharmacologists and chemists would instantly recognise the scientific simplicity of these steps. Though it is impossible to know for certain, the lack of a legal understanding of novelty, with respect to carboxyterfenadine, cannot be ruled out as a factor for Merrell Dow losing the case.

Cost: no money, no data

A final, unavoidable truth is that research papers aren’t always free. When you try to access a highly relevant paper from a website, you may be greeted by a paywall.

The emergence of open access journals does present the synthetic chemist with a free method of acquiring chemical information. However, in general, medicinal chemists will not deviate from the staple intellectual diet of JACS, JOC, BMCL, Tet. Letts., Tetrahedron, Synthesis and Synlett. These are widely considered to be the best sources of the medicinal and synthetic organic chemistry but these titles are not very supportive of open access. Any serious chemical research entity will have to foot a large annual subscription bill to gain access to them.

In stark contrast, patents are freely available from the World Intellectual Property Organisation (WIPO). This is a self-funded entity, linked to the UN, that stores patents and other IP under international filing systems. The most important thing that a research chemist needs to know is that all patents are freely accessible to the public. All 55 million of them. Clearly, this is a data repository that rivals any journal title, especially when the cost to access this wealth of chemical information is zero.

Whether a chemical patent will ever be as popular as a scientific paper is still a valid question. However, there is no denying that chemical patents offer a great deal more than papers, with respect to purpose, completeness and the law—all at zero cost. There remains a ‘dark side’ to chemical patents that makes them elusive to the very people they are aimed at: chemists. But, if you can change your perception of patents, you might give yourself, your team and your organisation a competitive advantage by exploring and using the benefits they have to offer.

Find out more about the power of chemical patents