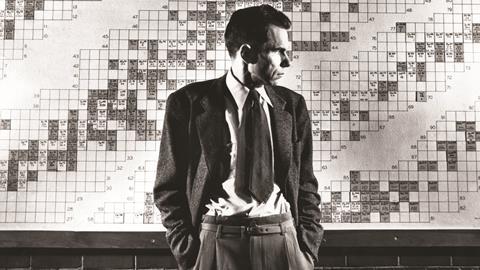 The radiochemistry pipeline has been leaking for several years. This is problematic, since senior scientists who were introduced to the field in the 1970s are reaching retirement age and there is a lack of new blood to replace them. The ‘nuclear renaissance’, initiated around the turn of the 21st century and a potentially viable means to recruit young scientists, has also effectively stalled due to the abundance of cheap natural gas, the 2011 Fukushima Daiichi nuclear disaster in Japan and the advance of renewable energy sources. 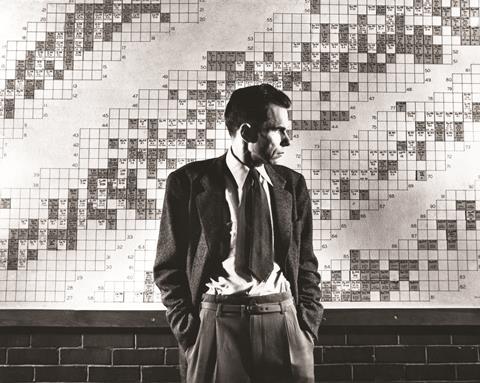 Glenn Seaborg was a chemist who led the discovery of several actinides. Who will continue his legacy?

In addition, major research projects that generate much of the world’s supply of heavy elements face an uncertain future. The High Flux Isotope Reactor (HFIR) at Oak Ridge National Laboratory, US, is one of the main sources of actinides in the world. While HFIR will continue operating until at least 2040, there is no guarantee it will be replaced. These signatures suggest the field of radiochemistry, particularly actinide radiochemistry, is faltering.

Despite the reasons that suggest radiochemistry is a dying field, the global need persists for radiochemists and their expertise. Internationally, the desire to use nuclear technology as a baseload form of CO2-free energy remains. Consequentially, the demand for personnel with the technical expertise to develop nuclear material safeguards, disposal plans and non-proliferation strategies is still significant. These requirements, as well as the importance of radiochemistry in creating medical radioisotopes for imaging and therapies, have led recent reports by the US National Security Agency and Department of Energy to conclude that we do not have enough nuclear and radiochemistry personnel to meet the US’ future needs.

As a relatively young person working in this field, I have firsthand experience that the knowledge gaps created by retiring personnel cannot always be recovered. As opposed to other scientific arenas, where publication is a requirement for development, certain aspects of the nuclear industry have operated in under classification restrictions from the time fission was discovered in 1938. This has encouraged a culture throughout this scientific community where publication is less frequent, even when the content is not classified. Consequently, documentation – while appropriate in certain areas – lags behind fields such as materials or computational science. This has ramifications for new students or junior scientists trying to join the field without the availability of mentors.

Yet the above factors don’t fully explain why the pipeline still leaks. In every other field, if people with a specific background are needed, universities respond by hiring experts with appropriate knowledge and skills. These experts then train students and universities tout their incredible job placement numbers and graduate salaries. Surely, if the need was great enough in nuclear and radiochemistry, this would be a self-correcting problem?

Unfortunately, it’s not that simple. Typically, when senior scientists are in short supply in a scientific field, junior scientists on the tenure clock are largely responsible for expanding the academic infrastructure and fixing the pipeline. However, working with radiological material requires a licence and working with certain levels of radioactivity requires significant infrastructure investment. These factors encourage a degree of unease if a licence is not already available and significant cost if infrastructure is not already in place. The uncertainty associated with timelines of getting a licence for radiological work make it difficult for an assistant professor to know if they’ll be able to accomplish their research before their case for tenure is compromised. Consequently, too few new faculty radiochemists have been hired by universities to meet demand.

To make up for deficiencies within the university network, the number of summer schools delivering undergraduate course content for the Department of Energy and Department of Homeland Security has doubled over the past five years from two to four. While these programs can assist, they do not address the shortfall in graduate-level training.

How can we address this skills gap? One of the strongest ways to attract students or communicate need for additional faculty in any scientific area is to articulate the rich questions that remain unanswered. The good news is that nuclear science has many lines of inquiry that could serve as a basis for a compelling thesis and offer a lifetime of study. Until recently, the chemistry of the transplutonium actinides was thought to closely mimic the ionic chemistry of the lanthanides; however, recent reports have identified that covalency can manifest for the heaviest actinides and the f-electrons factor into the chemistry of elements across the actinide series. Work considering the bioinorganic chemistry of the transuranic actinides factors significantly into understanding radionuclide decontamination and biological response to foreign analytes. And, while certain areas of the world expand their peaceful nuclear capability to improve overall quality of life, the effective stewardship of this material – both in terms of its environmental impact and international security – is an area that requires the sharpest scientific minds to untangle. Research papers in these areas have already featured in Science, Nature and ­Popular Mechanics, and represent only some of the current puzzles we must solve.

Radiochemistry’s leaky pipeline is not a signature of a decaying set of problems, but the result of a historical storm of geopolitics, funding cuts and bureaucracy. And it is a challenge that needs to be addressed effectively if we are to ensure a responsible, science-based approach to the future technical and scientific challenges facing the nuclear and radiochemistry community.