Even the most casual observer of the chemistry jobs market can’t have failed to notice that, in the pharmaceutical industry, employment opportunities are not what they were. Drug development giants such as Pfizer, AstraZeneca and the like have collectively shed thousands of research staff as they seek to cut costs and narrow their research focus after tumbling over the ‘patent cliff’.

Yet there are glimmers of hope amid the gloom. One of them is a new approach to drug discovery that taps into the fundamental altruistic drive that attracted many research chemists in the first place: non-profit pharma.

‘When I was in my early 20s I travelled,’ says Marco Biamonte, who heads the recently created, not-for-profit research organisation Drug Discovery for Tropical Diseases (DDTD). ‘I happened to be in India, Indonesia, South America and Africa … you see abject poverty and I still can’t shrug off those images. Since then I’ve wanted to work on diseases that affect the most impoverished populations.’ 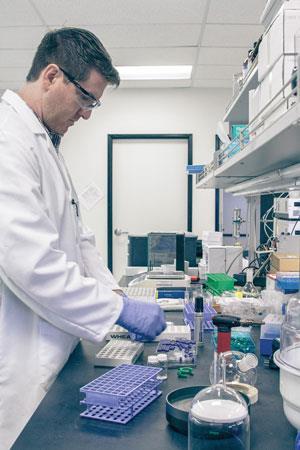 Biamonte studied for his PhD in chemistry at the University of Cambridge, UK, and after a postdoc at the Swiss Federal Institute of Technology (ETH) in Zurich, Switzerland, he joined the pharmaceutical industry. In 2001 he moved to San Diego, US, to work at a small start-up called Conforma Therapeutics. ‘It specialised in oncology, and we did really well with a very small team of maybe 30 people,’ he says. ‘That was very formative for me, I saw how a small group, as long as they are very focused and have some resources, can do quite a lot quite quickly.’

Conforma’s success led to its purchase by the larger,  Massachusetts-based drug maker Biogen Idec in 2006. But late in 2010, like so many other pharmaceutical business during this period, Biogen announced it was streamlining its operations and the San Diego site was closed. However, Biamonte took the setback in his stride. ‘It was an encouragement to do what I’ve always wanted to do: work on neglected diseases.’And if drug discovery isn’t challenging enough, Biamonte wanted DDTD to be a non-profit organisation.

‘The decision about whether to go not-for-profit was a debate,’ he admits. ‘The major con is that there is not really a system in the US to encourage non-profits.’ For example, DDTD did not qualify for start-up funding such as small business innovation research grants. ‘However, deep down in my heart this was an operation to assist others, not to make money.’

Since establishing DDTD, much of Biamonte’s time has been taken up securing enough funding to get started with the science. ‘About 95% of the donations that I receive are solicited, and those donations are typically in the $200–500 range,’ he says. ‘The thing that really surprised me is the unsolicited gifts, which are very rare, but substantial – say $5000. It’s a very eerie feeling – the large donations that really push the company along come out of the clear blue sky.’

DDTD has just reached the point where Biamonte can hire his first employee, a research chemist. ‘The hope is that the first year of operations can be carried out thanks to a gift from venture philanthropists. During that year we should generate some data, and then there are systems to get some grants or support from pharmaceutical companies or organisations such as the medicines for malaria venture – but I do have to get that supporting data,’ he says.

Biamonte therefore had to choose his first project carefully. ‘Part of the business model was to select a project where I thought a pharma company would have a strong desire to fund the clinical trial,’ he explains. He decided to focus on malaria, where current therapies fail to tackle drug-resistant strains. DDTD has selected a promising experimental malaria drug developed by Sanofi called albitiazolium, which has a novel mode of action but must be delivered via injection. Biamonte plans to improve the drug’s oral bioavailability to turn it into a one-dose pill and says that his discussions with Sanofi about developing an oral version have been positive.

Should he prove successful, Biamonte has no great qualms about signing over the compound to a for-profit such as Sanofi since DDTD has no chance of funding expensive human clinical trials. ‘I’d define the success of my company in being able to de-risk the project sufficiently so that someone else could bring it to market,’ he says. ‘You need to be pragmatic, and if somebody needs to make a little bit of money then fine, we would still have made an important contribution to global health. And if we get some royalties that we can inject into a new research project then all the better,’ he adds.

Biamonte’s mission, funding model and history largely parallel that of Peter Ruminski and his team at the Center for World Health and Medicine (CWHM) in Saint Louis, US. ‘Myself and the team here were all former Pfizer colleagues in Saint Louis,’ Ruminski says. Pfizer closed its Saint Louis site in 2010 as part of a major restructure, but, says Ruminski, ‘instead of scattering to the four winds, I made a proposal to Saint Louis University, of which I am an alumnus, to bring a team of about a dozen people with all the skills used in drug discovery and development, and embed it in the university.’ The idea was to equip the university with a translational capability for developing new therapeutics, specifically focused on diseases of the poor and diseases with no therapies. ‘The university bought the idea, gave us very generous lab space and some start up funding, and I was able to convince Pfizer to donate some pieces of equipment that we’d need to do our work, and that got us started,’ Ruminski says.

Like Biamonte, Ruminski has found funding the key challenge. ‘CWHM may be embedded in an academic setting, but as an unorthodox organisation it still falls between the gaps for accessing common types of funding. Most university research funding comes from [the National Institutes of Health] or things like that, and they tend to want to fund people with a proven academic track record – so unless we are collaborating with such a person, we are really at a disadvantage.’ So Ruminksi spends around half his time seeking philanthropic endowments. ‘It’s a hard climate out there, but that’s the challenge.’ 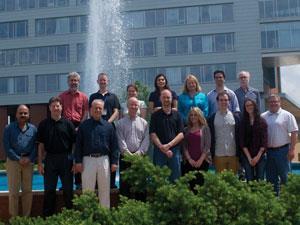 CWHM already has several projects underway, including a malaria project and a novel treatment for acute childhood diarrhoea. ‘It’s actually the second leading cause of death in the world, almost 2 million kids in the developing world die every year from acute diarrhoea,’ he explains. The team have drug candidates that, in animal models, can slow diarrhoea’s fluid loss effects.

Success also relies heavily on Ruminski and his team’s ability to identify collaborators with the know-how needed to develop a promising lead compound – including other not-for-profit groups. For the childhood diarrhoea work, CWHM is collaborating with researchers at OneWorld Health (OWH) in San Francisco, US.

Medicinal chemist Yuhua Ji leads the chemistry programme at OWH, which was acquired by the large non-profit health organisation Path (Program for Appropriate Technology in Health) in 2011 to be its small molecule drug discovery team. Before joining Path, Ji worked at various for-profit pharmaceutical companies in a career of over 20 years and making the switch to non-profit required a change in thinking, she says. ‘I must be very mindful that we deliver not only safe and effective medicines, but also affordable medicines,’ says Ji. ‘We have to keep this in our mind, from how we design the molecule, to how we synthesise it, to how we develop the formulation.’

The other change has been in job satisfaction, Ji adds. ‘I’m very proud – what I am working on, although small, could positively impact people who don’t have the privileges that we do in the developed world.’

So far, the number of organisations carrying out not-for-profit drug discovery is small, and they typically employ no more than a handful of chemists. But Biamonte says there’s plenty of room for others, if a person has the drive to do it. ‘You have to be very passionate and view it as one of your life goals,’ he says. ‘I’d encourage people to come up with creative hybrid solutions. Your first reaction might be to create a new drug for malaria, but creating a diagnostic for one of the other neglected diseases might be cheaper, faster, and just as impactful,’ he adds.

Ruminski agrees that there is no reason why others shouldn’t do the same – and the time could be ripe. ‘It would really be a shame if, due to all the downsizing going on, so many skilled pharmaceutical scientists left the field – there is still such a lot of unmet need out there.’