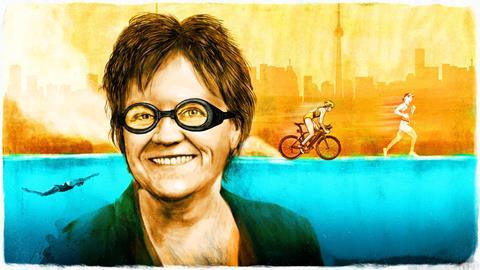 In situ with Cathleen Crudden

The catalysis maven on hair metal, literature and Big Science

Cathleen Crudden is a professor of chemistry at Queen’s University, Canada, and Nagoya University, Japan. In 2019 she received the Montreal Medal from the Chemical Institute of Canada.

When I was younger I got to play clarinet for Pope John Paul II. He visited Toronto, and all the Catholic high schools had a competition to form a papal band – it was quite remarkable playing in a band of that quality. My clarinet still sits on my bedside table staring at me, trying to make me feel guilty to play it again. I also played saxophone, and rented one once as a prelude to a purchase. I told my husband I’d definitely play it but he was skeptical. I think I played it once in the month we rented it.

I love bad hair metal. It’s somewhat embarrassing but I’m very much a Guns N’ Roses fan. I remember going to my younger sister’s bedroom and seeing a poster of Guns N’ Roses – they all had big hair and makeup and I thought they looked ridiculous! However, when she played me their music, I loved it. Together she and I have gone to several of their concerts, even one where she almost got us arrested. Someone accidentally spilled a beer on her, and when she got agitated, a security guard turned up and shone a flashlight in our faces and said ‘Do we have a problem, ladies?’ It ended fine, but afterwards I told her she would have been on her own if he’d kicked her out of the concert!

I have a lab in Japan and I go there often. When I first went to Japan as a student, I was terrified of not having language skills so I studied for six months, but when I got there my Japanese got worse since my lab mates taught me all the bad words! In Japan, women use different phrases than men and since I learned from the guys in the lab, my Japanese is not the most polite… 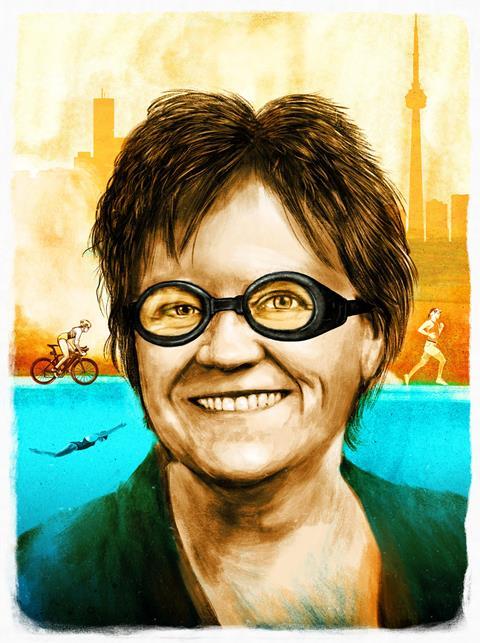 I did a triathlon a couple of years ago. I despise running but I like swimming and cycling, so I decided to try a triathlon. I tend to train running because it’s good to train for your weaknesses, and the swim part is relatively light. I do everything with enthusiasm so I often injure myself running. My husband is always the voice of reason, so he has signed me up for several injury prevention workshops.

I love books. I told my family all I want for Christmas is books and the time to read them. It drives my husband crazy that I always want more books, so I have shelves of books I haven’t read yet. I’m concerned about the world so I’ve been reading a lot of non-fiction lately.

If I like an author I’ll read everything they have. I like dystopias, so I’ve read all of Margaret Atwood and Salman Rushdie. I really like Haruki Murakami – that’s insanely crazy stuff, you need a big suspension of disbelief going in. I’m waiting for him to get the Nobel prize.

Canadian science has a lot less money than the US. It’s spread thinner – like our politics, it’s more a socialist approach to science. There’s merit to that, but we could use money for big ideas; Canadian science has a lot of breakthroughs but we lack the money to see them through. However, I do understand that scientists think it’s obvious why we should fund science, but when you look at aboriginal communities that don’t have clean water or people on waiting lists for healthcare, it’s clear that we have to make the case better than we do for increased funding from governments.

Chemists need to work better together, and we need to challenge big problems. If you look at sub-atomic physics they do that extremely well: they look at big problems, communicate them well and get big grants to work together. Chemistry seems to be more siloed. Everyone is told they need to author a certain number of papers to be a success, which I think is a very antiquated view of science.

Kenichiro Itami is really pushing the application of organic synthesis to materials. His approach is really powerful. Materials science can benefit from more precision in generating structures so we can do a better job of structure–activity relationships. Organic synthesis people have fabulous skills in making molecules, which has really enabled a lot of advances in pharmaceutical chemistry, but I think it would be powerful if that skill was brought to other areas of science.

If I could have given my younger self one piece of advice it would be to think more about what I should do, not what I can do. I would have been more strategic about where I spent my time. Everyone is driven to pump out papers, but it is more important to make an impact with your work. I would have asked myself, “Is this project worth the time we’re going to invest in it?”. But there is also something to be said for also letting people go with their passions. We only got into N-hetrocyclic carbene (NHC) chemistry because one of my first students, Austin Chen, decided on his own to make some rhodium NHC complexes and test them in hydroformylation. He did it all on his own while I was at a series of conferences in Europe and basically presented me with a fully complete paper when I returned. If he had proposed the idea to me, I probably would have said no, and now we love NHCs and have been really inspired by his early work. So it’s important to have a diverse lab and let people have some leeway to follow their own ideas.

::for caption at bottom::

Cathleen Crudden is a professor of chemistry at Queen’s University, Canada, and Nagoya University, Japan. In 2019 she received the Montreal Medal from the Chemical Institute of Canada. She was talking to Kit Chapman