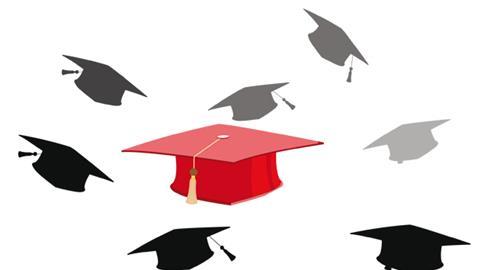 Life at the top

Does an academic chemistry career help or hinder when you move up the ladder? Nina Notman gives us an insight into the role of university leaders

Does an academic chemistry career help or hinder when you move up the ladder? Nina Notman gives us an insight into the role of university leaders 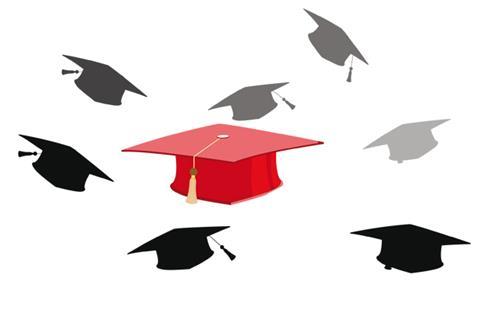 Many of us make it through our time at university with little consideration for how the institution is run. Student life is a whirlwind of lectures, lab time, studying (and parties). And to the busy student it can seem that the chancellor and his leadership team are only wheeled out for graduation ceremonies and other ceremonial events, but this is far from the truth.

While chancellors are just figureheads in UK academia, those around them are very busy indeed. The vice-chancellors are effectively the chief executives of universities, meaning they have overall responsibility for the huge variety of academic and non-academic activities that their institutions participate in. At most universities they are supported in their roles by a team of pro-vice-chancellors, each taking responsibility for a different section of university life.

The vast majority of our vice- and pro-vice-chancellors started out their academic life as active researchers and teachers, before taking on managerial positions such as heads of schools or departments, and then moving into university leadership. And you may be surprised to learn that there are more chemists in these jobs than a normal distribution would predict. 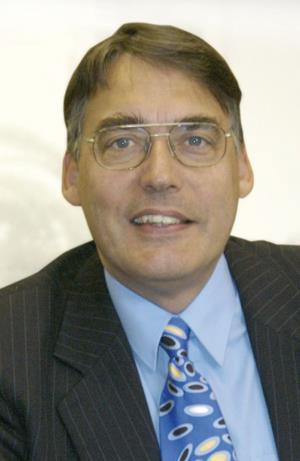 ‘Chemists do have an advantage [in getting these roles] as we tend to have fairly large research grants compared to say the arts, and therefore we get earlier experience of managing money and quite often, because our research teams are big, of managing people,’ explains Les Ebdon, the analytical chemist who was vice-chancellor at the University of Bedfordshire in Luton, UK, until August 2012.

‘The skills that one gains in running a research group really do have some bearing on the vice-chancellor role,’ agrees Andrew Hamilton, bio-organic chemist and vice-chancellor at the University of Oxford, UK.

‘The other two obvious advantages of being a chemist [for the vice-chancellor role] are that a lot of chemistry is about problem-solving – and you get plenty of that when you are a vice-chancellor – and secondly to be a successful chemist you have to be a strategic thinker. If you think about a synthesis or an analytical program, they all have to be a viable strategy, so you get used to thinking about long-term strategy,’ adds Ebdon.

But what is the draw? Most vice- and pro-vice-chancellors admit to having been very happy running successful research groups, so what pulls them into the leadership direction?

‘The reason why I first accepted a management role in a university was because I’d spent a lot of time moaning that people that didn’t understand science and didn’t understand research were getting these jobs,’ says Ebdon. ‘I was then challenged to put my hat in the ring and I thought yes, unless enough people like me are prepared to do that then nothing will change.’ 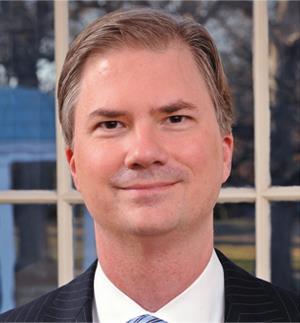 Holden Thorp, chancellor of the University of North Carolina

‘For me it just kind of happened stepwise, almost without my noticing it,’ says Hamilton. But each of his steps upwards took gentle persuasion from those around him. The same was true for Holden Thorp, chancellor at the University of North Carolina in Chapel Hill, US. His position is equivalent to the traditional vice-chancellor role in the UK. ‘I didn’t set up to [go into university leadership],’ he explains. ‘I was rolling right along with my lab and then, when my predecessor became chancellor, he started asking me to do various jobs for him. After I did a few of those, my colleagues wanted me to be the chair of chemistry and then I became the dean of arts and sciences, and then the chancellor.’

Waving goodbye to the lab?

For some, the step into the chancellor’s team means leaving behind their first love: the research lab. Ebdon managed to maintain an active research group during his time as a deputy vice-chancellor at the University of Plymouth, but found he did not have the time to continue once he became vice-chancellor at Bedfordshire nine years ago. The same is true for Guy Orpen, the pro-vice-chancellor for research and enterprise at the University of Bristol in the UK. ‘It is physically not possible for me to be driving research in anything like the way I once did,’ he says. ‘That is the sadness; I miss it.’ 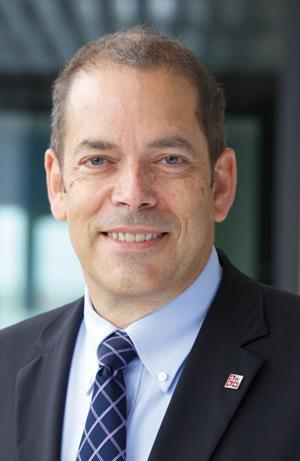 Guy Orpen, pro-vice-chancellor for research and enterprise at University of Bristol

The same is also true at the University of Oxford: Hamilton is still able to dedicate some of his time to research. ‘I’ve kept a small research group in the chemistry department here in Oxford,’ he says. ‘I go to the lab and see my students and my postdocs at least once and often twice a week.’ Thorp also manages to maintain a small research presence, sharing a number of students with his colleagues in the chemistry department.

For those in university leadership, without daily contact with their students (although many do have occasional one-to-one sessions with those with concerns), there can be the feeling of being removed from their charges’ opinions and needs. To overcome this, Thorp has turned to social media. He has a frequently updated blog and an active Twitter account. ‘I think social media is an important way to connect with the students and to keep informed about what is going on,’ he says, ‘and if you have the right collection of people that you are following you can get your own information about what is going on on your campus in a way that is not filtered for you.’ He also views it as a good way to interact with students on a personal level. ‘When you respond to someone on Twitter, if you are a public figure they are very impressed,’ he says. ‘So I try to write as many responses as I can.’ 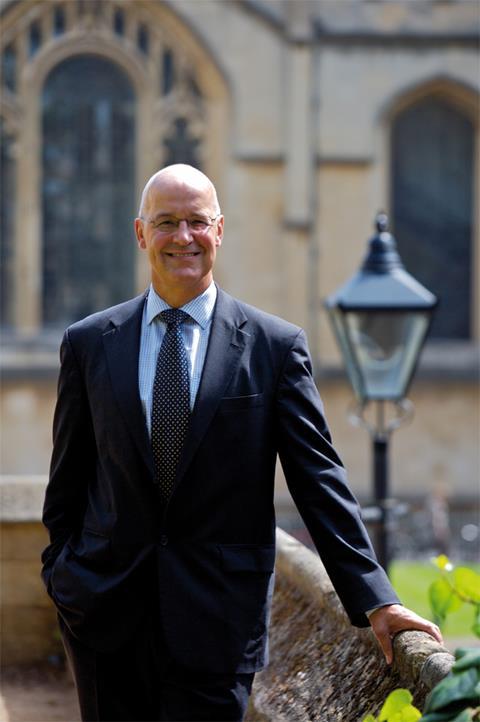 Andrew Hamilton, vice-chancellor of the University of Oxford

Meanwhile, Hamilton reaches out through regular question and answer sessions coined Question Time. ‘Question Time is for the Oxford University community, so that’s where people have the opportunity to ask the vice-chancellor about policy and about issues that are affecting the university,’ he says.  ‘I’m interviewed by an MC who asks me questions and then seeks questions from the audience.’ He runs a variety of different sessions, for students, staff, alumni and the local Oxford community.

What is life like leading academics? Are they a difficult bunch to keep in line? ‘Yes,’ says Bristol’s Orpen frankly, ‘they are very difficult to manage in the sense that it is fruitless to give orders to academics to go and research in certain areas or to behave in a certain way. You need to create opportunities and incentives and benefits to the research community that allow them to do the things they are best at, to take advantage of their creativity and their independence in full. To try to manage that would do away with that independence of thought, and it is the independence of thought that makes them great researchers.’

Hamilton agrees. ‘Faculty who in their research are always challenging received wisdom can sometimes be quite similarly challenging of vice-chancellors and university administration,’ he says. ‘Actually, that’s a healthy thing because it requires us to always be thinking about our decisions, our policies, the nature of the consultations with our faculty colleagues that have taken place.’

‘All their academic careers have been built on challenging perceived wisdom so if they get a received instruction they will challenge it and question it,’ adds Ebdon. 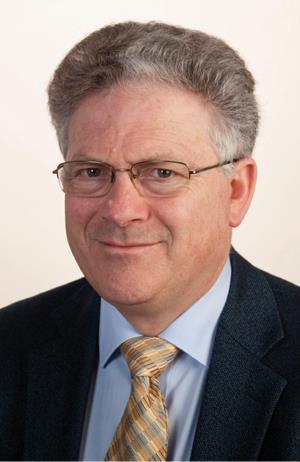 Meanwhile, Cambridge’s Sanders finds their resistance to change can be frustrating. ‘One of the things that surprises me is that what makes an academic really successful is to take some long cherished truth or way of doing things, whether it’s a chemical synthesis or a way of thinking about history, and revolutionising it,’ he says. ‘But when it comes to changing the way that they manage themselves or changing the way that the institution is managed, they are very conservative. They are very resistant. So that is challenging. When you can make it work it is very satisfying, and when you can’t it can be frustrating.’

Vice-chancellors and pro-vice-chancellors are normally in their roles for fixed periods of time – which varies between institutions – but what do they do once their time is up? Ebdon took that step at the start of September 2012, and become director of fair access to higher education at the UK’s Office for Fair Access. This independent public body helps to safeguard and promote fair access to higher education.

‘I announced my retirement at the University of Bedfordshire and within a few days the headhunters who were looking for the next director of fair access were on the phone,’ he explains. ‘My job is to make sure there aren’t any financial barriers in the way of people going to university who have the ability to succeed and indeed the motivation to succeed.

‘On a day-to-day basis, that means that every university that wants to charge above the standard fee of £6000 has to agree with me an access agreement, to ensure that people from a wide variety of different backgrounds can still get into university.’

Meanwhile, Thorp is planning to make the jump out of leadership roles and back into the university’s research labs in the summer of 2013. ‘That’s still the thing I love doing and I think that it is incredibly important for us to have academics in these roles who come from the faculty and are able to go back to the faculty. My plan is to go back to the faculty and teach and do research like I did before,’ he explains. He will also be able to get back involved with a spin-out company he cofounded – something his current role has prevented him from doing.

Cambridge’s Sanders has also made a decision about what will happen soon after the end of his term: retirement. But this doesn’t mean he intends to leave academia. ‘My plan is to attach myself to younger research groups and be a grandfather in the group. So, help the students and postdocs with their scientific problems, or indeed their other problems, but without having the responsibility of writing grants and making sure they finish their thesis on time,’ he explains. ‘Even when I’m retired I expect to still be busy around the university.’

Hamilton and Orpen both said ‘Who knows?’ when asked about future plans, although Orpen admits that returning to the research lab would be difficult to him now he has wound down his group. ‘It’s a question you ask yourself when you take on management and leadership roles: am I preventing myself going back into what I enjoyed so much?’ he says.

However, he does not view the end of his research career as an entirely bad thing: ‘While I miss the interplay of doing research on a daily and an active basis, there are plenty of other very stimulating and challenging things about the role that make it a great joy to do,’ he explains.

Sanders agrees that life as a pro-vice-chancellor is a pleasant one. ‘I sometimes have very difficult meetings with people with problems and equally I have a lot of exciting events,’ he says. ‘I get to meet fascinating people from all around the world.’