The bonds that bind 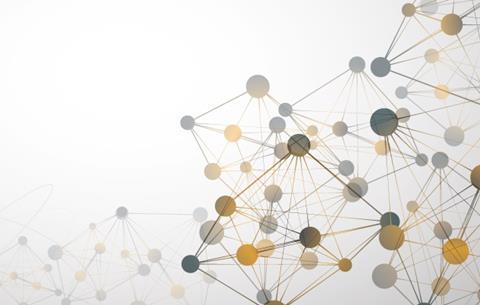 Early in 1916, two scientists were independently converging on an important puzzle. Gilbert Lewis was a US chemist with wide-ranging interests who was something of a maverick. Walther Kossel was a German physicist from a more conventional academic background who focused on a narrower band of problems. They addressed two fundamental questions – what binds elements together to form compounds, and why are some eager to combine and others reluctant? Their answers differed, but were clearly pointing in the same direction.

A year later the US was at war with Germany. Kossel was already working to improve military radio equipment, and soon afterwards Lewis began training army personnel to cope with poison gas. Today the war has passed into history, but the theory that Kossel and Lewis pioneered remains central to chemistry.

The maverick and the born academic

Lewis was born in 1875, the son of a Boston lawyer. The family moved to Nebraska when he was nine. Lewis received little formal schooling but read extensively at home. After two years at the University of Nebraska in Lincoln he transferred to Harvard University in 1893, gaining his doctorate in 1899. Following spells of advanced study in Germany under Walther Nernst and Wilhelm Ostwald, he took a junior teaching post at Harvard.

Harvard’s chemistry department was dominated by Theodore Richards, a disciplinarian who prioritised meticulous laboratory work and discouraged theorising. Lewis was more comfortable at the Massachusetts Institute of Technology, where he spent seven productive years before migrating to the University of California, Berkeley, in 1912. As dean of chemistry at Berkeley, Lewis led brainstorming sessions where junior faculty members and research students could challenge received wisdom without damaging their career prospects. This environment nurtured several innovative chemists, including Nobel laureate Glenn Seaborg.

Besides his work on chemical bonding, Lewis made significant contributions to thermodynamics and photochemistry. His work on solutions produced important insights into the nature of acids and bases, and he was a pioneer in isotope studies. Lewis died at his laboratory in 1946 while measuring the dielectric constant of hydrogen cyanide. Whether his death was an accident, suicide or the consequence of a heart attack remains unclear.

Kossel grew up inside academia. Born in 1888, he was the son of biochemist Albrecht Kossel – then a professor at the University of Berlin, later a Nobel laureate. His mother was the daughter of Adolf Holtzmann, who lectured on German literature at the University of Heidelberg. From 1906, Kossel studied physics at Heidelberg and Berlin. He became Philipp Lenard’s assistant at Heidelberg in 1910, completing his PhD shortly afterwards. 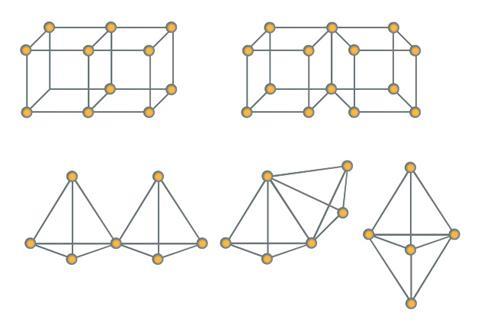 In 1913, Kossel moved to Munich, earning his habilitation (the licence to teach at university level) under Arnold Sommerfeld, whose department was then making great strides in theoretical physics. Initially Kossel specialised in x-ray spectra, but his later work on the scattering of electrons helped confirm their dual wave–particle status.

Kossel’s paper on electrons and chemical bonding appeared in April 1916, Lewis’s a month later. Lewis began with chemical data, coordinated with reference to the periodic table. Kossel’s argument was grounded in the new quantum physics, to which he and Sommerfeld were making significant contributions. However, to appreciate the significance of this work we need to look back further in time.

Chemists in the 19th century often represented molecular structures with ‘ball and stick’ models, but many doubted whether they accurately represented physical reality. The discovery of stereoisomerism in the 1870s indicated that interatomic bonds existed, but their nature remained mysterious. In 1896 a clue emerged from the University of Cambridge Cavendish Laboratory, where J J Thomson identified something he called a ‘corpuscle’ – soon to become known as the electron.

Thomson showed that the cathode rays generated in high-voltage discharge tubes were streams of negatively charged particles, far less massive than the smallest atom. Initially, he envisaged the atom as a positively charged sphere stuffed with electrons – the so-called ‘plum-pudding model’. In 1911, Thomson’s former student, the New Zealander Ernest Rutherford, proposed a planetary atom with electrons orbiting a dense positive core. Neither model seemed compatible with the laws of physics as then understood, but both implied that electrons were involved in chemical bonding.

In 1904, Thomson proposed that weakly held corpuscles could migrate from the atoms of electropositive elements to those of electronegative ones, with the resulting opposite charges binding the particles together. The chemical inactivity of the recently discovered noble gases persuaded him that the outer electrons of their atoms had a particularly stable structure. Applying equations from classical electrodynamics, he estimated that up to 20 electrons might coexist on an atom’s outer surface, but admitted this result was inconclusive.

Further speculations about the role of electrons in chemical bonding were published by the German physicist Johannes Stark in 1908. They made little impact then, but acquired more significance after Lewis’s priority claim was challenged. Since 1902, Lewis’s Harvard lectures had featured diagrams of atoms whose electrons formed concentric shells. He argued that the most stable atomic configurations had an outer shell of eight electrons located at the corners of a cube, but did not publish this idea for several years.

The significance of the number eight had been recognised by English chemist John Newlands, whose ‘law of octaves’ foreshadowed the periodic law introduced in 1869 by Russia’s Dmitri Mendeleev. Mendeleev later remarked that for several elements the sum of what he called their hydrogen and oxygen valences was eight – as, for example, with H2S and SO3, or HCl and Cl2O7 – and in 1904, the German chemist Richard Abegg published what later became known as his ‘rule of eight’.

Besides noting that for many multivalent elements the sum of their highest and lowest valences was eight, Abegg observed that several noble gases occupied the eighth position in analogous sequences of elements. Unfortunately he pursued these insights no further before his premature death in an aeronautical accident.

By 1916, when Lewis published his explanation of Abegg’s rule, physicists were developing more complex atomic models. In 1913, Niels Bohr – a Danish ex-student of Rutherford’s – proposed that electrons orbited the atomic nucleus only at distances associated with specific energy quanta. His ideas were developed further by Kossel’s mentor Sommerfeld, among others. These mathematical descriptions of electron behaviour explained some perplexing patterns in atomic spectra, but at first chemists were slow to appreciate their potential utility.

It was the physicist Kossel who boldly declared in 1916 that any atom’s chemical behaviour was determined by ‘the number of available electrons in the atom and the conditions under which it is possible for them to leave’. Having assisted with Sommerfeld’s efforts to correlate spectrum lines with Bohr’s quantised electron orbits, Kossel knew that very large energy quanta (in the x-ray frequency range) were required to detach electrons located nearer to the nucleus. He therefore argued that only the outermost ones could break free to participate in chemical bonding.

Kossel proposed that if an alkali metal atom donated one electron to a halogen atom, giving each a stable outer shell like a noble gas, then the resulting electrical charges would bind those atoms together in a crystalline structure, or allow them to function as ions in solutions. He believed most compounds were formed by similar processes, but admitted that for those involving carbon the picture was unclear.

In contrast, Lewis’s 1916 paper proposed that carbon atoms acquired a stable outer shell by sharing electrons, rather than by gaining or losing them. He asserted that ‘an electron may form a part of the shell of two different atoms and cannot be said to belong to either one exclusively’, arguing that Bohr’s atomic model did not explain this.

‘We must first of all, from a study of chemical phenomena, learn the structure and arrangement of the atoms, and if we find it necessary to alter the law of force acting between charged particles at small distances, even to the extent of changing the sign of that force, it will not be the first time in the history of science that an increase in the range of observational material has required a modification of generalisations based upon a smaller field of observation,’ Lewis wrote in 1916. 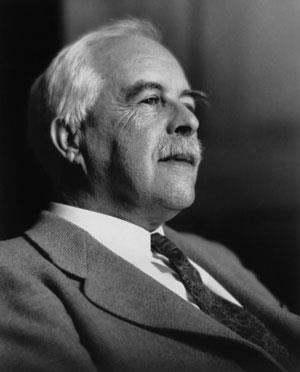 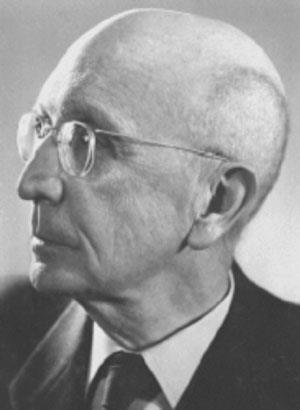 This conviction underpinned Lewis’s cubical model. He suggested that for single interatomic bonds two cubes were linked corner to corner, while in double bonds they joined face to face.

Carbon–carbon triple bonds were more problematic, and they eventually caused Lewis to abandon the cube structure. Instead, he proposed that a complete outer shell had four pairs of electrons located at the corners of a tetrahedron, with two tetrahedra joining face to face to make a triple bond. This concept of electrons bonding in pairs harmonised with Lewis’s conviction that in coordination compounds one atom donated both bonding electrons. (However, he recognised that bonds involving odd numbers of electrons were occasionally possible.)

Beginning in 1919, the US physical chemist Irving Langmuir published a series of papers that developed a synthesis of the Kossel and Lewis theories, introducing the terms ‘electrovalent’ and ‘covalent’ for the bond types Lewis called ‘polar’ and ‘non-polar’. Langmuir’s advocacy convinced a wider audience of the theory’s value, and many of them regarded him as its architect. When Lewis complained, Langmuir cited Stark’s 1908 paper as evidence that Lewis’s ideas were not entirely unprecedented.

Lewis’s discomfort increased after Langmuir earned a Nobel prize for his contributions to surface chemistry. (Though often nominated, Lewis never gained this award.) Lewis’s 1923 book Valence and the structure of atoms and molecules was, in part, a defence of his priority claim, though by the time it appeared his atomic model had evolved.

‘The view based on the periodic law and the chemical behaviour of the elements leads to the picture of a relatively static atom… The experiments of physicists led to a quite different view of the atom… These two views seemed to be quite incompatible, although it is the same atom that is being investigated by physicists and chemists,’ Lewis wrote in 1923.

However, he argued that Bohr’s more recent proposal that atomic electrons were associated in distinct shells ‘has removed every essential element of conflict between the views of the physicist and the chemist’.

At this point most physicists believed that subatomic particles, though invisible, were still comprehensible. Just as Sherlock Holmes measured a burglar’s footprints to calculate his height from the stride-length and his weight from the depth of the impressions, so they tried to deduce the electron’s vital statistics from observable data. But by the later 1920s, electrons were unmasked as highly paradoxical entities, sometimes behaving like material particles, sometimes like bundles of energy with wave-like properties – as if the burglar’s prints alternated with those of a hound.

Many chemists ignored these mysteries and focused on their own discipline’s immediate challenges. Nevertheless, a new approach to chemical bonding was emerging from the advances being made by physicists – in particular, the Austrian Erwin Schrödinger. It began with the simplest molecule, that of hydrogen. In 1927, the intricate dance of its two electrons was expressed mathematically by two German physicists, Walter Heitler and Fritz London. Both worked with Sommerfeld in Munich, and later with Schrödinger in Zurich, where they were joined by a visiting US chemist, Linus Pauling.

Pauling brought these ideas home and developed them further. His 1939 masterpiece, The nature of the chemical bond, became a standard text for generations of students. The evolution of Pauling’s valence-bond system – and of the complementary molecular orbital model pioneered by Friedrich Hund, Robert Mullikan and others – is too complex a story to pursue here. But their work, and our current understanding of chemical bonding, rests on foundations laid by Lewis and Kossel a century ago.