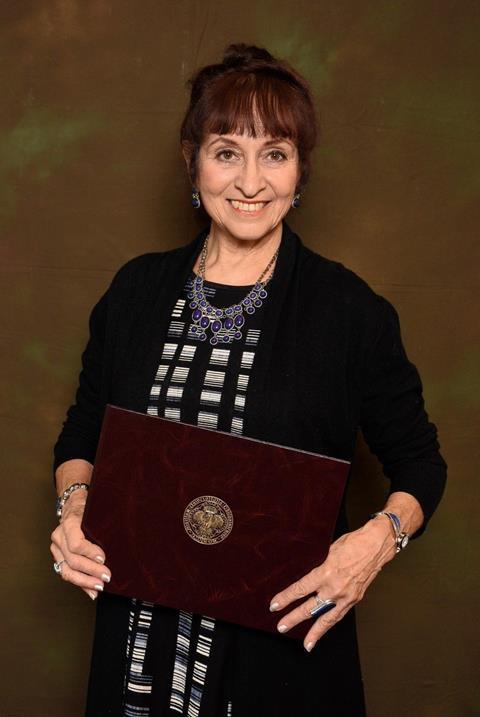 Cheryl Dembe receiving her doctorate from the University of Chicago

It is unheard of to earn a chemistry doctorate without writing up your results, and it’s also extraordinary to be awarded that PhD nearly 50 years after you dropped out of university. Yet that is the strange – but inspiring – story of Cheryl Sundari Dembe.

In 1971, Dembe was a young woman from Cleveland, Ohio with a passion for chemistry who was doggedly pursuing her PhD at the University of Chicago – one of the few female students in the chemistry department at the time. That year, her adviser finally delivered the news she had been waiting for: her research project was complete, and it was time to write it up. But her elation was short-lived because just 10 days later he died suddenly, leaving Dembe and her research adrift.

She had been working with quantum vortices in superfluid liquid helium cooled to temperatures approaching absolute zero. Dembe believes that she may well have been the first to stabilise a system that could hold the helium at that extremely low temperature.

‘Only three days after his death, the department came to me and said the faculty member who had research closest to mine – who was actually in physics – refused to accept a woman in his research group, and that my only choice was to start over on a new project with a new adviser,’ Dembe tells Chemistry World. In another piece of terrible luck, she recalls that just a week later somebody broke into her apartment in the middle of the night and assaulted her.

Despite the trauma, Dembe kept coming into the university every day not knowing what she was supposed to do. ‘No one ever spoke to me again, and at no point did anyone ever look at my research from the day that my adviser died, including myself,’ she recounts. Her adviser passed away on 1 February 1971, and seeing no hope of finishing her PhD at Chicago she left for California in April. 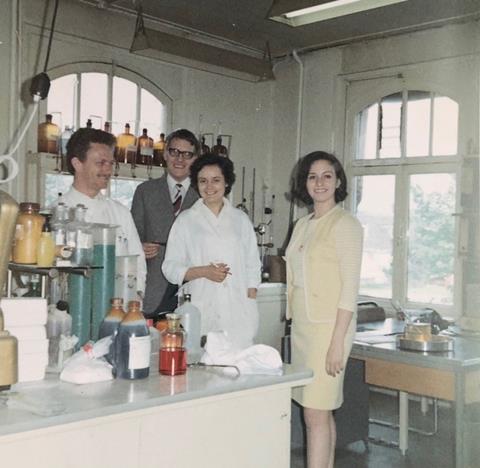 Dembe working at Harshaw Chemie in Utrecht, Netherlands in 1968, where she did a summer placement

It was not just Dembe who dropped out of that chemistry programme. Before her adviser’s death, she had been so stunned by the mass departure of her fellow chemistry PhD students that she actually kept records. She recorded that a total of 46 people began chemistry PhDs at the University of Chicago in autumn 1968, but just a year later only 23 remained. ‘It was so shocking to me at the time how many people in my class were not making it,’ Dembe recollects.

These students started their PhDs at an intense time in US history. It was in 1968, just months after the Chicago riots that were sparked in part by the assassination of Martin Luther King, Jr. ‘It was a dramatic moment historically, and an agitated moment politically in Chicago, with palpable tension between students and police and communities,’ Dembe recalls.

Feeling boxed into a corner and emotionally drained, Dembe left Chicago in search of happiness and peace. But she couldn’t leave her research behind. She took 500 pages of scientific records and raw data strips with her.

‘I never looked back – I came out to California and found a college teaching job in a week,’ Dembe says. She taught chemistry at Holy Names College in Oakland, a women only university at the time. Dembe stayed there for a year, and then went to teach chemistry part-time at a couple of local community colleges. She was then hired at Diablo Valley College in Pleasant Hill, a community college where she spent the next 34 years as a chemistry teacher, retiring in 2008.

‘I loved research, but without the doctorate, I ended up teaching … in the California community colleges, where research was not part of that level of education,’ she says. ‘Without the doctoral degree, my earlier trajectory of a more prestigious teaching and research career, including the fine minds present at these institutions to interact with, was closed to me.’ 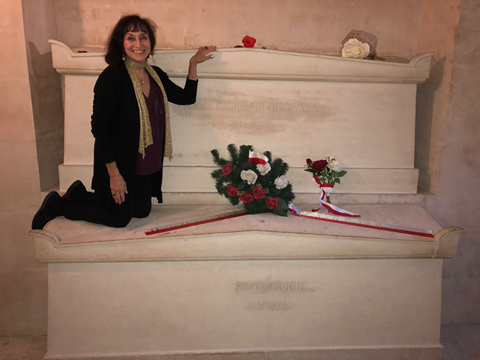 Dembe placing a rose on the tomb of Marie Curie in 2018. Despite being denied her PhD 50 years ago she has no regrets about the course her life took

Dembe got on with her life leaving behind her dreams of research. She married another long-time chemistry professor at Diablo Valley College – Don Brunner, who passed away in 2008 – and had two children. During her career, she would teach chemistry in the school year and then go off for summer vacations and spiritual pursuits – living in ashrams in India.

She also pursued what she calls ‘a meditative singing life’. She sang with the San Francisco opera in the 1980s, and performed a Brahms requiem with a group at Davies Symphony Hall in San Francisco just a few years ago. Once a year, Dembe also sings in locations around the world with a thousand-person choir drawn from 45 countries.

But something changed when she was on sabbatical leave in 2000, taking a class on women in science and reading up on Nobel prize winners. She learnt that physicist Doug Osheroff had shared the 1996 Nobel Prize in physics for the discovery of superfluidity in helium-3. His research sounded very similar to her own work as a PhD student, so she called up Osheroff, who was at Stanford University at the time, and it turned out that he had heard about Dembe’s research group in Chicago and her project there. ‘He said, “You should have gotten your degree with Chicago, I’ll support you in that”,’ Dembe recalls.

That comment inspired her to write a letter to the chair of the university’s chemistry department in July 2000, detailing her situation as a graduate student there and asking whether it was still possible to get her PhD. ‘I don’t think, without Osheroff’s input, I would have been bold enough to re-approach the University of Chicago,’ she says. ‘I felt empowered by his belief in me.’ The letter went unanswered, however, and Dembe moved on.

It was not until 18 years later, inspired by the #metoo movement that had taken off, that Dembe decided to re-petition for her degree. She wrote to the University of Chicago’s president Robert Zimmer in April 2018, and this time heard back from the school’s administration within days. A committee was assembled to decide whether Dembe had indeed earned the degree. The panel examined her lab notebooks and reviewed the research data that she’d been lugging around all those years.

‘I had to figure out how to digitise all of this stuff,’ she recalls. ‘It was all on paper, but I even had five- and six-foot original data strips.’ After a series of interviews, the committee decided to award Dembe her long-awaited PhD.

The chair of the University of Chicago’s chemistry department, Andrei Tokmakoff, told Dembe the good news in July 2018. He even invited her to walk out with the other graduates at the university’s graduation ceremony on 15 June. The department is not only paying her way there, it’s also covering the travel costs for her two children.

‘We regret that the university did not respond to your request 18 years ago and regret still more that your difficulties while you were a student in our department were handled with such negligence,’ Tokmakoff wrote. ‘We thank you for your persistence in writing again and, especially, for presenting us with an opportunity to partially rectify these mistakes of the past.’

Dembe, now in her seventies, couldn’t be more thrilled. ‘All my life I have thought of myself as a woman who didn’t make it,’ she tells Chemistry World. ‘It was that Cinderella moment of someone taking their wand and saying, “No darling, you’ve always been a princess.”’

She hopes her story encourages women not to give up in their pursuit of chemistry and other scientific fields. ‘I want to inspire people to follow their passion and their joy, to not be undermined by obstacles and use them instead as jumping off points,’ she says.

If Dembe had to do it all over again, she says she would not change a thing. ‘It’s been an extraordinary existence,’ she says. ‘Even the part of not getting the degree, brought me to an amazing life – a life that is probably more balanced and happy than … it would have been going the route that I was on.’