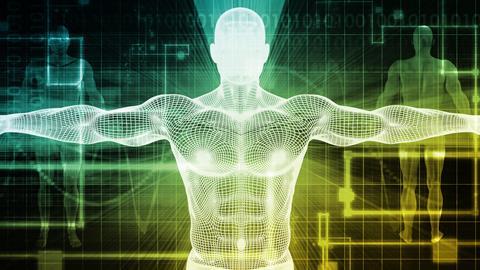 A match made in medicine

Technology companies have begun to turn their resources towards health research. Is it just hype or can big tech bring something new?

Technology giants are staking a claim in health research, with the hope they can do what pharma has been struggling to do for the past century – namely to cure disease. In September, Facebook founder Mark Zuckerberg and Microsoft announced separate intentions to use computer science to help fight disease. They join a growing rank of other big tech companies, including Google and IBM, all vying to apply computer technology to the complex world of biology.

And their aims are lofty. Zuckerberg and his wife Priscilla Chan, for instance, want to ‘cure, prevent or manage all diseases by the end of the century’ through the newly founded not-for-profit Chan Zuckerberg Biohub. Microsoft’s Research Lab aims to use computers to ‘solve’ the problem of cancer within 10 years. Google Life Sciences has rebranded as Verily, with plans to analyse health data and provide more insight to accelerate individualised healthcare and prevention. And Google’s independent biotech R&D company Calico is using advanced technologies to explore the ageing process. Meanwhile, IBM’s Watson Health is crunching huge amounts of health data to personalise treatments for cancer patients.

The relatively newish disciplines of bioinformatics and computational biology – where computer technology is applied to biology – have suddenly bounded into the foreground of medical research. They allow companies to collect, store, integrate and analyse large amounts of health data in a bid to uncover new ideas about health and disease. Where health research was traditionally about beakers, test tubes and microscopes, it is increasingly about computers, big data, algorithms, artificial intelligence and machine learning. ‘Fighting disease has always been technical but bits and bytes are now as important as molecules and receptors,’ says digital healthcare consultant, Gary Monk. 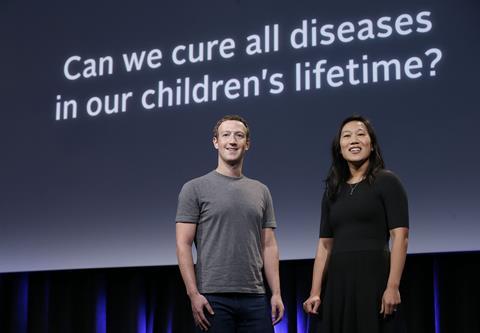 For these tech companies, a computer approach to tackle disease makes sense. For instance, Microsoft believes the methods used for programming computers can be used to program biology, where cancer and disease are like a computer virus that can be ‘debugged’ and the cells reprogrammed. While to many chemists and biologists this sounds like uninformed hype, there are more pragmatic projects behind the hyperbolic headlines. For example, Microsoft is also applying machine learning to sort research data to individualise cancer treatments, and is using algorithms to build better models of how cancer develops and to find treatment options.

Computers can’t cure disease, but they are essential to do so

This shift reflects a bigger trend, where numerous tech and device companies are moving into the healthcare space to provide such things as wearable devices and attachments for smartphones. There are obvious monetary rewards of focusing on health and an ageing population – Google’s chief financial officer Ruth Porat noted in a recent earnings call, that life sciences is an area of ‘longer-term sources of revenue’ for the company. Amelia Armour, early stage funds analyst at venture capital firm Amadeus Capital Partners, agrees the opportunities and market are huge, reaching into billions of dollars. ‘Take a small stake of that market and the return for an investor is considerable – that’s why we’re attracted to it.’

Prevention is better than cure

There is also a deeper philosophy behind the move, which looks at disease cure and prevention. Zuckerberg and Chan’s philanthropic effort plays to this when, during the Biohub announcement, Zuckerberg said that 50 times more money is spent on treating people who are sick rather than preventing disease, adding that this research mindset needs to change. ‘What has motivated Mark [Zuckerberg] is he is keenly aware that to move biological science forward, it will need the tools of big data analytics and machine learning. They realise the medical field is still fairly primitive and they want to make this better – after all, their vision is to significantly improve the quality and length of life for their new daughter, Maxima,’ says Robert Tjian, a biochemist at the University of California, Berkeley, former president of the Howard Hughes Medical Institute and member of the Biohub advisory board.

The premise is that computers – and thereby tech companies – can solve many of the problems afflicting disease research and drug development. For instance, Lauren O’Donnell, vice president of life sciences at IBM’s Watson Health, points to issues around finding and enrolling patients in clinical trials. Here technology, such as Watson for Clinical Trial Matching, can quickly complete the data-intensive process of matching patients with clinical trials and provide doctors with this information. She also highlights the costly and inefficient drug development process, with its large amounts of unstructured data, which has traditionally been reviewed manually. ‘We want to help researchers accelerate the ability to uncover novel patterns and connections in data, to act on critical insights faster, and to rapidly identify new drug targets or new indications for existing drugs. Life science companies are recognising the impact technology can have to transform how they work.’

This technology includes such techniques as machine learning, computer simulations, algorithms, and the processing power of cloud computing. Applying this to biology allows researchers to find new links or previously hidden patterns between drugs and diseases, generate disease models that analyse and form predictions, compare patients and healthy and disease models, combine datasets with real-world evidence to elucidate new disease relationships, model which medicines will be the most effective at treating disease, and find new disease insights and possible biomarkers and drug targets. The touted benefits of this approach are that discoveries are quicker and cheaper than the more traditional lab discovery route.

It all comes down to data. Think genomic, proteomic, metabolic data, clinical trial data, imaging data, electronic health records and wearable, self-tracking data, not to mention Google search data, credit history, geolocation and population behaviour information. ‘The datasets are so huge – we’re talking terabytes,’ says Tjian. ‘People sitting at a desk can’t analyse that. But this is what these tech companies are good at.’ They have the ability to capture, manage, sort, integrate and analyse the data in a cost and time efficient way. Monk adds: ‘Traditional healthcare and pharma companies can’t do this by themselves. They don’t have the expertise, talent, or organisational business model structure. Most, if not all, technology companies see big data as an opportunity.’

A recent study by Microsoft scientists shows the innovative nature of applying computer science to biology. They looked at millions of anonymised searches relating to recent pancreatic cancer diagnosis on Microsoft’s search engine Bing and then followed the digital footprints back in time to pinpoint searches that could relate to early disease symptoms. The scientists claimed that, although not perfect, they could predict 5-15% of the diagnoses based on the early search activity. Similarly, IBM’s Watson analysed 23 million abstracts of scientific literature to find 70,000 articles on the cancer protein p53. By harnessing the power of the supercomputer, six potential proteins that affect p53’s activity were identified as targets for new research. The process took a matter of weeks; normally the average rate of discovering target proteins is one per year.

We are in for a lot of exciting developments that will change healthcare, society and industry

Besides the creativity, technology and computer knowhow, and the capability to crunch big data, tech giants are also well positioned to move into life science as they have vast financial reserves to fund new research. Culturally, they often allow researchers more freedom to be disruptive than their pharma and academic counterparts. ‘We strongly believe the interaction of biology and computer science will transform the way we do drug discovery and will forward the precision medicine agenda,’ says Tim Guilliams, chief executive of Healx, a start-up technology company that uses computer science to take licensed drugs and explore their potential as treatments for rare diseases.

But does it sound too good to be true? Can these tech giants really cure disease? Tjian agrees that the rhetoric around computational biology has been overhyped. ‘Computers won’t substitute all the other things we have to do,’ he says. ‘The idea that we won’t use animals [as research models] anymore; it’s just hype.’ But he notes that computational tools will be increasingly used and this will force the two cultures of biology and computer science to align. ‘Computer science is one of many tools we can use,’ he says. ‘It won’t solve all our problems but it will be very helpful.’

This is echoed by IBM’s O’Donnell. ‘Technology holds a lot of promise but it will never replace the human component of patient care and curing diseases. Rather, technology is meant to augment and enhance the work of clinicians and researchers.’ Jean-Baptiste Cazier, director of the Centre for Computational Biology at the University of Birmingham, puts it another way: ‘Computers can’t cure disease, but they are essential to do so.’

In this sense, there is a clear role for the tech giants in sharing their knowledge and skills. Walter Kolch, director of Systems Biology Ireland at University College Dublin, believes tech companies could be ‘serious contenders’ to become future drug discovery firms. However, he suggests their main impact will likely be in drug repurposing, clinical trial recruitment, and prevention of diseases by lifestyle changes and monitoring. Shahid Hanif, head of health data and outcomes at the Association of the British Pharmaceutical Industry, believes pharma companies will remain the key players in drug discovery and development but adds that tech firms ‘present a great opportunity for collaboration and mutual learning to accelerate the process of medicines development’.

Changes are certainly afoot. How drugs are discovered and developed in the future will be different. And with this will come new business models and even the emergence of a new type of pharma company, Guilliams predicts. This is two areas colliding – the field will continue to evolve and, adds Cazier, more tech companies will enter the health space. Says Kolch: ‘We are in for a lot of exciting developments that will change healthcare, society and industry.’

But will tech companies be successful in their disease-fighting endeavours? Only time will tell. ‘They won’t solve all problems, they won’t eliminate all diseases but they will make a very, very big impact,’ says Tjian.