Almost half of US researchers' time goes on admin 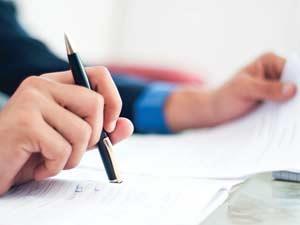 US university researchers are spending nearly half their time for government research projects on administration, according to a recent survey sponsored by the National Academies and undertaken by the Federal Demonstration Partnership (FDP).

Of more than 13,000 principal investigators (PIs) that responded to this 2012 workload survey, they said that they spent, on average, 42% of their time on admin, rather than actual research. The FDP, an association of government agencies, academic research institutions and research policy organisations, which aims to streamline the administration of government sponsored research, collated the responses from 111 non-government member institutions.

Grant applications were the most time-consuming administrative task, taking 15.4% of the total time they spent on government-funded projects, followed by post-award administration at 13.6%. Report preparation took up 7.6% of the researchers’ time, and the remaining 5.7% went to pre-award administration. In fact, the survey identified that PIs faced as many as 23 different pre- and post-award admin tasks, and they reported having to contend with an average of just over eight of these jobs within the one-year timeframe of the survey.

These researchers estimated that additional administrative assistance could reduce their time spent on admin by 27%. Specifically, the respondents calculated that adequate administrative help could free them up to reclaim roughly four hours per week for active research.

In its report, the FDP said reduced administrative workload associated with government-funded projects is ‘critical for increasing the efficiency and effectiveness of research’, arguing that the current administrative duties routinely reduce the ability of scientists to focus on the content of their research.

The FDP’s new data matches the results of its previous 2005 survey, in which researchers also reported spending 42% of their time on administrative tasks. ‘That really surprised us,’ says David Wright, FDP’s executive director. ‘We thought it would be starting to inch even higher.’

The American Association for the Advancement of Science’s Joanne Carney agrees, especially given the economic stimulus funds awarded for fiscal years 2009 and 2010 that came out with extra strings attached.‘It is very surprising that it didn’t get worse, it is not surprising at all that it didn’t get better,’ she tells Chemistry World.

Experts agree that most of the burden is borne by investigators involved in human or animal research that have become laden with increasing regulations. They note researchers in the physical sciences don’t face many of these burdens.

‘The only time chemistry would come into play there is in drug development once a compound gets into clinical trials,’ Wright says. However, burdens like time and effort reporting affect all campus-based researchers working on government grants.