There will be no immediate impact on rare earths from the recent World Trade Organization (WTO) ruling against China, say analysts.  The WTO deemed that China’s use of export quotas, export taxes and trading restrictions went against its rules. 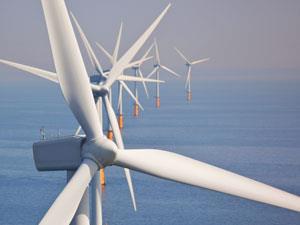 The WTO panel described export duties as unnecessary for environmental protection, and said China’s export quotas were designed to achieve industrial policy goals rather than preserve natural resources.  It was dissatisfied with the trading rights restrictions imposed by China. The rare earths, tungsten and molybdenum involved are used in all sorts of electronic goods.

The European commission lauded the WTO decision, saying it shows that an extracting country cannot limit the sales of its raw materials to its domestic industry, giving them a competitive age over foreign firms. The EU was a complainant, together with Japan and the US.

Analysts met the decision with a shrug, however, predicting no major repercussions.  ‘It is an interesting move by the WTO, but academic,’ says senior analyst Kerry Satterthwaite from mineral research group Roskill.  ‘The material impact on the market in terms of supply and demand will be negligible.’ China has not met its export quota in the last few years, so there has been no restriction on rare earth exports anyway.

On state media website ECNS, Chinese officials made clear they felt wronged by the ruling and repeated that the restrictions were designed to conserve resources and protect the environment.  Satterthwaite has sympathy for the Chinese position, saying they had trouble with illegal mining in the past and ‘it was part of a wider bona fide effort to try to bring the market under better control.’  She predicts China will appeal within 60 days as allowed, especially regarding export duties.

China will continue to supply and consume most rare earths, as other countries simply are not in a position to take over

The Chinese control rare earths for economic reasons, and there ‘was nothing sinister,’ says analyst Jack Lifton of Technology Metals Research. He says ‘they built the supply chain and maintained low costs. And until you find a way to change that, nothing much is going to happen.’  The ruling won’t influence the way China does business, he adds, ‘I predict nothing will happen.’

Dudley Kingsnorth, rare earth consultant at the Curtin Graduate School of Business in Perth, Australia, says the WTO ruling is a victory, but ‘whether it is meaningful will depend on China’s reaction and to date they have indicated that any changes will be minimal.’ He agrees that there will be little short-term impact, but says one should not overlook the effects of China’s export duties on fair competition.

The result of the taxes applied in China means that a Japanese producer of phosphor powders for energy efficient lighting ends up paying 41% more for its rare earths, which creates a huge advantage to Chinese industry.  ‘Consumers do not wish to be dependent upon rare earths from a country that can manipulate price; so they are developing supply chains that are independent of China,’ Kingsnorth adds. This will require improved technology to produce the metals for less than China

Lifton believes that if China lifted export duties there could be unintended consequences.  ‘If the world’s largest rare earth mine in Inner Mongolia was to  take orders from any country, and sell cerium for $5 a kilo, the same as in China, then the floodgates could open and wash away the Lynas plant in Malaysia and Molycorp’s Mountain Pass mine in California,’ says Lifton. ‘Nobody thinks this would be wonderful, except those who want to drive up the share price of rare earth junior stocks.’

Lifton says competition among rare earth producers within China is ‘vicious’ and producers he met at the recent Ningbo International Conference on Rare Earth Permanent Magnets in China viewed the WTO ruling as irrelevant. They were more concerned about the current low prices in China, he says.

China will continue to supply and consume most rare earths, as other countries simply are not in a position to take over, adds Lifton.  ‘Europe has a supply chain in place, but no mines. The US has a mine, but nothing else.  We have a segmented rare earths industry to the point where it is non-operational,’ he says. ‘The Japanese don’t have a mine. They have been moving a lot of stuff to China. Hitachi said it would never move magnet production to China, but now it is. The guys in the rare earth market are saying, “We will work with China. What else are we supposed to do?”’