Another pesticide linked to honeybee deaths 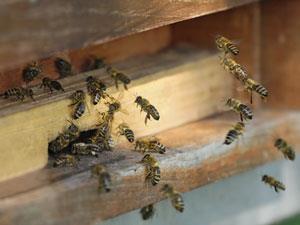 Global chemicals giant BASF is disputing a new assessment from the European Food Safety Authority (EFSA) warning that the insecticide fipronil poses a major risk to honeybees when used as a seed treatment for maize.

The EFSA risk assessment comes just days after the European commission agreed restrictions on the use of three neonicotinoid pesticides – clothianidin, imidacloprid and thiamethoxam – deemed harmful to bees would come into force on 1 December. Fipronil belongs to a different class of pesticides, the pyrazoles, mooted as replacements for neonicotinoids while the two year moratorium is in place.

EFSA experts, at the request of the commission, conducted the assessment on the basis of various data, including data submitted to the EU for approval of fipronil and its use in products, as well as reviewing published scientific studies. Focusing on ‘colony survival and development’, EFSA found a ‘high acute risk’ to bees from dust drift on fields planted with fipronil-treated maize seeds.

EFSA was not able to complete full dust-drift risk assessments for fipronil-treated seeds from other crops, including sunflower, because of insufficient data. The agency was also unable to fully assess the risk posed by nectar and pollen from fipronil-treated sunflower and maize because of ‘weaknesses’ in available studies.

BASF, which markets fipronil worldwide for a variety of uses and under several trade names, issued a statement arguing that ESFA’s assessment ‘does not highlight any new risk to bee health from approved uses’ of fipronil. The company adds that it and other experts are convinced declining bee populations are the result of other causes. 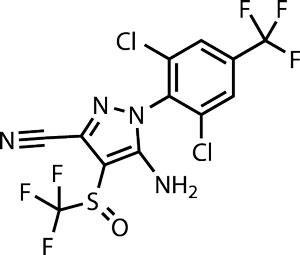 ‘Our business is very dependent on bees, therefore it is in our best interest to understand the real causes of the decline in bee health and act upon them,’ said Jürgen Oldeweme, a senior vice president in BASF’s crop protection division. He added: ‘We are open to discuss with EFSA and the European commission, which additional studies and measures can be performed to further ensure protection of bees.’ BASF has until the middle of June to provide an official response to the assessment.

Environmental group Greenpeace said that on the basis of EFSA’s assessment fipronil should be banned by the EU.

Friedhelm Schmider, director general of the European Crop Protection Association, said the new report is the fourth from EFSA assessing risk to honeybees that has not yet been officially released or validated. ‘Yet another EFSA evaluation is based upon unpublished assessment criteria, consequently creating data gaps,’ he said. ‘We plead with regulators to take into account all elements and consider the potential impact on agriculture that any decision might have.’

Schmider tells Chemistry World that reducing the range of pesticides for crop protection increases the risk of pests and pathogens developing resistance to current products. ‘The effectiveness of a farmer’s crop protection toolbox significantly depends on the variety of tools that they have at their disposal,’ he says.