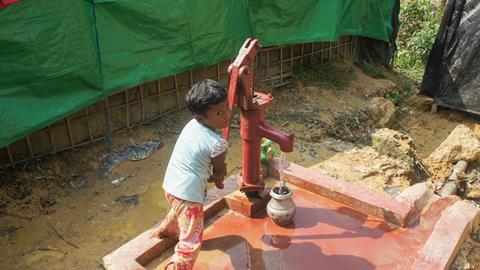 Tracking down arsenic in drinking water 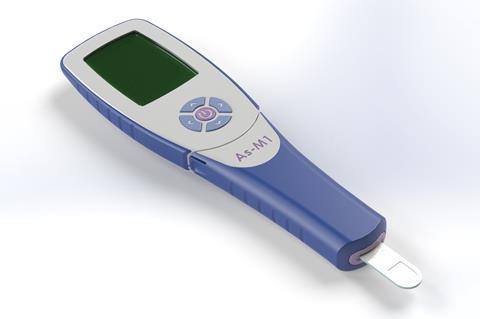 On any given day, 140 million people in 70 countries are drinking water that is contaminated with arsenic at levels above the World Health Organization safety threshold of 10μg/l. This makes the known carcinogen the most significant chemical contaminant in drinking water globally.

The problem is particularly pressing in Bangladesh, where as many as 70 million people are affected and one in five deaths is attributed directly to arsenic contamination. Arsenic occurs naturally in groundwater, dissolving out of arsenic-containing minerals in the bedrock. The scale of the crisis makes Bangladesh the priority destination for spin-out company AquAffirm, which is about to introduce a rapid, easy-to-use test for arsenic contamination in water. 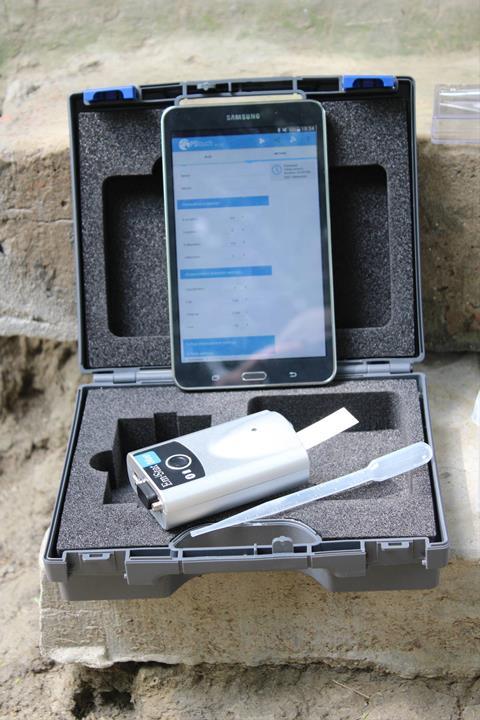 The product came together in an unusual way, says David Sarphie, AquAffirm’s chief executive. It has its roots in a goldmine in northern Australia, where Joanne Santini from University College London, UK, discovered a bacterium that metabolises arsenite. ‘These bacteria were surviving in arsenic-laden rock in a goldmine where nothing should have been alive,’ Sarphie says. ‘But there they were, so [Santini] collected them and after a number of years she was able to determine the enzyme that enabled the bacteria to survive in such an environment.’

Santini also developed a low-cost method for producing the enzyme in the lab. Later, she crossed paths with Tony Cass from Imperial College London, UK, who is best known for his role in developing the electronic finger-prick glucose monitor for diabetes. Cass developed a process to attach the enzyme to a sensor providing an electric signal in the presence of low levels of arsenic.

‘The arsenic water test works analogously to a diabetes test,’ Sarphie explains. Enzyme electrochemistry creates a nanocurrent that is proportional to the analyte concentration. Aquaffirm has developed a proprietary modified enzyme, along with mediators that couple it to the electrode, Sarphie adds. The test was one of eight award winners at the Royal Society of Chemistry’s Emerging Technologies Competition in 2018.

Its cheap production cost makes the test viable for use in resource-limited countries. AquAffirm uses plastic with a thin layer of gold, patterned using laser ablation, to manufacture single-use, disposable base electrodes. The user dips the test strip in a water sample and receives a measurement of arsenite within minutes. 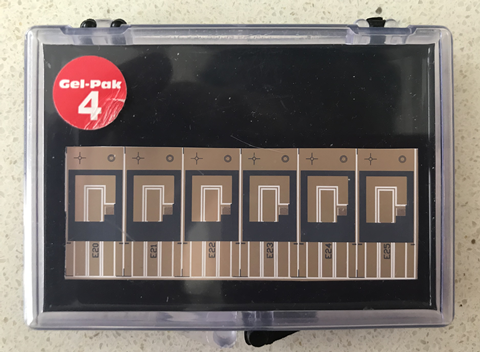 This rapid result is key, Sarphie says. About 10 million wells in Bangladesh require regular testing, as arsenic levels are variable and 20% of wells get replaced each year due to wear-and-tear. International organisations such as Unicef are planning a major arsenic-mitigation programme for Bangladesh, likely to start in 2020, in which AquAffirm hopes to participate. Confirming newly drilled wells are arsenic-free is also challenging, and workers would benefit from a speedy test to check that the well water is safe to drink, Sarphie says. AquAffirm also plans to introduce an electronic reader with a GPS tracker to the test which, along with software optimisation tools, would add an assessment of groundwater hot spots for arsenic contamination, according to Sarphie.

The team will field test the technology in Mexico and Bangladesh this year. ‘We’ve done a lot of work in the lab so we know that what we have is very sensitive and provides a linear readout of arsenic,’ Sarphie says. ‘The thing we want to look out for now is whether there are any other compounds in the water that could cause interference. We think we’ve addressed all the issues but we need to validate that in studies.’

Sarphie sees the test ready for launch within a year, although the team is still raising money to finish off the product development. He will take it to Bangladesh first, where the problem is the most pressing. ‘Unicef has said it is extremely excited about being able to use our product there because it will radically improve the way it manages the problem,’ Sarphie says. 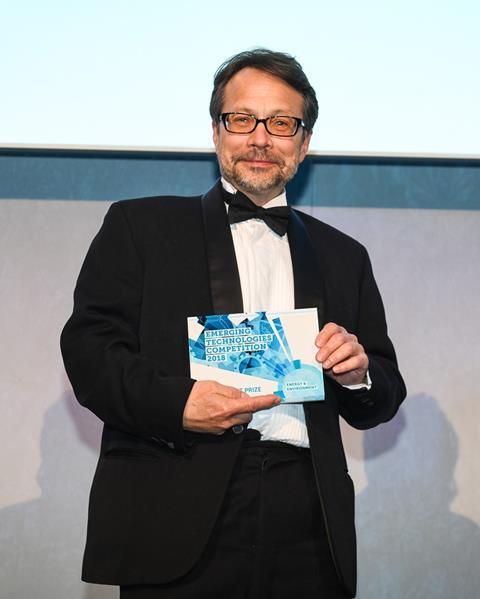 Once the arsenic test has been established in the places where it is needed most, the team plans to take it to higher value markets too. ‘The US has a pretty significant arsenic problem,’ Sarphie explains. ‘Some nine million Americans drink contaminated water on a regular basis.’ Fracking activities in parts of Texas, Minnesota, California and Arizona are exacerbating the problem there, he adds.

At the same time, AquAffirm wants to press on with a similar test for fluoride content in water. This works much the same way as the arsenic test, Sarphie explains. And a third product in the making will measure asparagine in flour. This is mainly aimed at industrial bakeries that need to comply with recent EU regulations on acrylamide content in baked goods. The carcinogen is formed from flour with a high asparagine content.