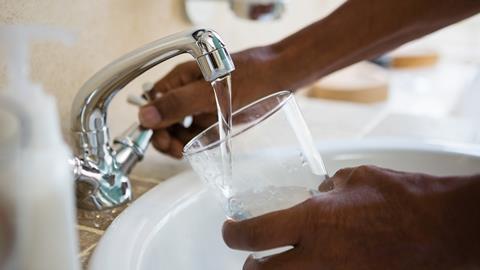 Around 5% of all cases of bladder cancer in Europe can be attributed to exposure to trihalomethanes (THMs) that form in drinking water, according to a new study. It concludes that countries with higher than average THMs should take action to cut levels of disinfectant byproducts in tap water.

Chlorine is the most widely used disinfectant for drinking water. However, when free chlorine reacts with organic compounds in water it can generate byproducts including THMs, which have been associated with bladder cancer.

A team from across the EU found that the average THM level in drinking water in Europe was 11.7µg/L, well below the maximum permitted level of 100µg/L. There was considerable variation between countries, however. The maximum reported concentrations exceeded the limit in nine countries, including Hungary, Italy, Poland, Spain, Portugal, the UK and Ireland. The team then combined this information with a statistical model that attributed 6561 bladder cancer cases per year to THMs.

The study calculated that if the current European mean for THMs in drinking water was not exceeded by any country, then 2868 cases of bladder cancer could be avoided every year. Countries with the highest levels of bladder cancer cases linked to THMs were Cyprus, Malta, Ireland, Spain and Greece.

Four THMs are regulated in Europe: chloroform, bromodichloromethane, dibromochloromethane and bromoform. Their concentrations are strongly influenced by the amount of natural organic matter in the water, as well the concentration of chlorine used to treat it. Water treatment processes such as filtration can help to remove organic matter. Over the past two decades, many EU countries have cut THM levels in their drinking water by changing treatment methods and by improving the quality of their water resources and distribution network.

‘It is assumed that by minimising THMs, other disinfection byproducts are also miminised,’ explains study co-author Emma Goslan, a water chemist at Cranfield University, UK. ‘We are not sure THMs are the ones responsible specifically for the increased risk in bladder cancer.’ She adds that there is an association, but no unequivocal evidence that THMs cause bladder cancer and notes that the health benefits of water disinfection far outweigh a slight increase in the risk of bladder cancer. The cancers could be linked to other byproducts that occur in tandem with THMs. The International Agency for Research on Cancer has classified chloroform and other widespread disinfectant byproducts as possible human carcinogens.

Toxicologist Theo de Kok at Maastricht University in the Netherlands says that evidence linking THMs with bladder cancer comes mostly from ‘human epidemiological and association studies and that these do not establish a causal relationship’. Causal evidence is supported by other studies where animals were directly fed THMs. This caused some rare tumours, but ‘that doesn’t necessarily mean that these substances are carcinogenic in humans’, especially at the low doses in tap water. Nonetheless, the study should push policymakers to consider investing in alternatives to chlorination, but optimising the chemical safety of drinking water should not come at the expense of microbiological safety, he adds.