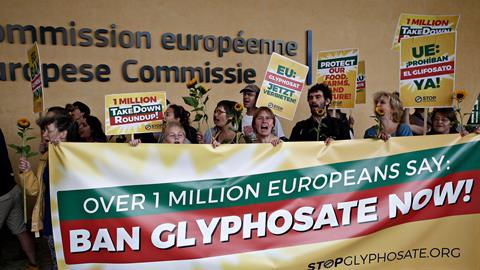 Austria’s Parliament has voted to implement an outright ban on glyphosate, making it the first European nation to outlaw all uses of the herbicide. Once signed into law, the ban will take effect on 1 January 2020.

Glyphosate, the active ingredient in Monsanto’s weedkiller Roundup, is classified as ‘probably carcinogenic’ by the World Health Organization’s International Agency for Research on Cancer (IARC). That assessment is the basis of most of the 13,000-plus pending lawsuits in the US that claim the substance led to cancer diagnoses. In May, a California jury awarded a couple over $2 billion (£1.6 billion) in damages after they were both diagnosed with cancer following prolonged exposure to Roundup.

However, the chemical industry has attacked the IARC report as an unreliable outlier, noting that other assessments from the US Environmental Protection Agency (EPA), the European Food Safety Authority, and the European Chemicals Agency have concluded the glyphosate is unlikely to cause cancer in humans.

In December 2017, the European Commission renewed glyphosate’s licence for another five years. More recently, in January Health Canada also concluded that the organophosphorus compound does not pose a threat to human health, and the EPA released an ‘interim decision’ in April that concluded there is no public health risk associated with the herbicide.

In response to the Austrian Parliament’s action, Bayer – which acquired Monsanto in June 2018 – said in a statement it is ‘seriously concerned’ about any restriction or ban on glyphosate and glyphosate-based products in European countries. The move is in ‘stark contrast’ with the Austrian Food Safety Authority’s assessment as well as the current EU authorisation of these products, the company said.