The EPSRC has released its projections for which research areas will grow and which will reduce after a ‘longer, more systematic’ consultation.

The Engineering and Physical Sciences Research Council (EPSRC) has announced the outcome of its balancing capability project, which determines how funding will be shared among the research areas in its portfolio. 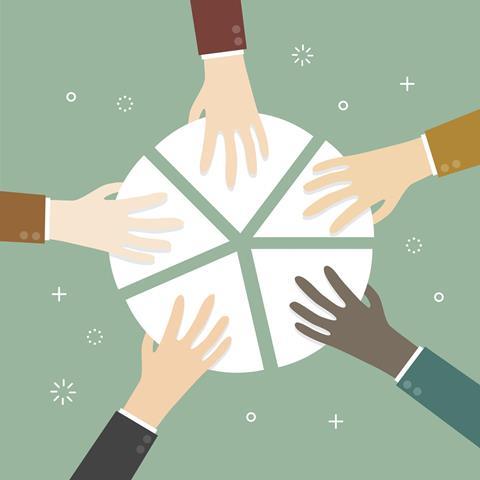 The outcomes are the result of an 18-month consultation and evidence-gathering process, involving hundreds of senior researchers from industry and academia.

Of the 111 research areas included in the EPSRC’s portfolio, the vast majority have been given a ‘maintain’ trajectory – meaning the proportion of funds they get is expected to stay the same over the next five years. This includes many of the chemical sciences including synthetic, computational, theoretical and analytical chemistry.

In addition, 12 areas are expected to ‘grow’ – including chemical biology and biological chemistry, along with energy storage and materials for energy applications.

Nine ‘reduce’ areas will see a smaller share, one of which is chemical structure. The rationale provided by EPSRC says it has been given this designation as a result of plans to get rid of the category and integrate the science it covers into other areas, such as analytical chemistry – which encompasses techniques such as spectroscopy – and areas that cover the applications of structure research such as catalysis, materials or computational and theoretical chemistry.

‘It’s a rebadging – putting a slightly more precise definition of what the area really encompasses, rather than taking money away from chemical structure,’ says Neil Alford, Imperial College London, who was chair of the EPSRCs strategic advisory team during the discussions and debating of the research areas for Balancing Capability. He adds that there were a number of chemists on the strategic advisory team who were ‘perfectly happy’ with the approach.

In 2011 the same project – then named shaping capability – received strong criticism from chemists when areas such as surface science and synthetic organic chemistry were given a ‘reduce’ trajectory, and the funding body was forced to re-enter consultations with researchers and strategic advisors. This time around, the EPSRC’s deputy CEO Tom Rodden says, there has been more ‘reflection and debate’ around each of the rationales.

‘There have been quite a few lessons learned from the previous process,’ he tells Chemistry World. ‘There has been a longer, more systematic engagement over the [consultation] period.’

Rodden stresses that particular areas being marked as maintain, grow or reduce is unlikely to affect the success of individual research proposals judged first and foremost on quality and excellence through peer review. ‘Researchers should not be worried about these [trajectories] being a statement to stop or close any area of activity,’ he states.

Tom Welton, dean of the faculty of natural sciences at Imperial College London and chair of the group Heads of Chemistry UK, says: ‘It is good to see that areas previously designated as reduce, such as synthetic organic chemistry, are now maintain which allays previous fears that once this designation was given it would be permanent.’

He accepts that although chemical structure will be closed down as an independent subject area, its activities will be funded elsewhere. ‘It is important that people working on chemical structures continue to make applications,’ he adds.

Robert Parker, chief executive of the Royal Society of Chemistry, said in a statement that the projected increases for energy storage, materials for energy and chemical biology and biological chemistry are ‘welcome news’, and also praised EPSRC’s commitment to maintain core areas such as analytical science, synthesis and catalysis.

With regard to ‘reduce’ areas, he added that the society would ‘listen to feedback from our community and raise any concerns with the EPSRC’.