Biggest venture yet of any pharma company into cannabis

The purchase of Cambridge, UK-based cannabinoid therapeutic firm GW Pharmaceuticals for $7.2 billion (£5.27 billion) by the global biopharma company Jazz Pharmaceuticals is the latest sign of the growing legitimacy and increased receptivity of cannabis-based drugs in the pharma industry. Announced on 3 February, the acquisition of GW by Jazz, which is headquartered in Ireland, is being characterised as the most significant foray yet by a drug company into the cannabis arena.

‘Jazz Pharma’s acquisition of GW Pharma, at a significant premium, demonstrates that pharmaceutical companies are recognising the value and future potential of cannabinoid based medicines,’ says Jason Wilson, a cannabis research expert at investment management company ETF Managers Group in New Jersey, US. ‘It is also another example that the cannabis industry is continuing to normalise and evolve beyond the traditional cultivation of flowers, with potential well outside of our borders.’ 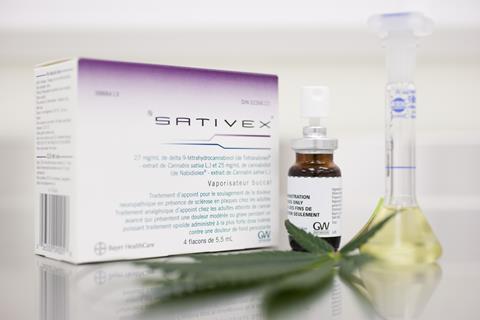 Sativex, GW Pharmaceuticals’s first drug, is an oral spray that contains cannabidiol and tetrahydrocannabinol. In 2011 it was approved in the UK for treating multiple sclerosis muscle spasms

With the new purchase, Jazz – which has focused primarily on sleep medicines and oncology – has augmented its neuroscience portfolio. The company has absorbed GW’s lead product, the paediatric anti-seizure mediation Epidiolex, which became the first plant-derived cannabinoid medicine ever approved by the US Food and Drug Administration in June 2018. The product went on to win the approval of the European Medicines Agency in September 2019.

Despite the challenges presented by the Covid-19 pandemic, sales of Epidiolex increased by over 70% in 2020, generating roughly $510 million in 2020, according to GW’s preliminary figures.

‘We are excited to add GW’s industry-leading cannabinoid platform, innovative pipeline and products, which will strengthen and broaden our neuroscience portfolio, further diversify our revenue and drive sustainable, long-term value creation opportunities,’ said Bruce Cozadd, the chairman and chief executive of Jazz. The deal is expected to provide double-digit revenue growth in the first full year of combined operations, with substantial growth thereafter.

Wilson says it is not surprising to see consolidation as cannabis-related businesses expand into a market that is growing worldwide. He notes that global cannabis sales in 2020 are projected to be about $20 billion. That figure represents an increase of roughly 35% from the previous year.

‘A number of pharmaceutical companies have cannabinoid based medicines in their development pipelines, so I expect to see more growth in the pharmaceutical industry as clinical trials are completed and physicians continue to better understand the benefits and applications of cannabinoids,’ Wilson tells Chemistry World.

In the US, Wilson says that the Biden administration’s policies on cannabis will change the landscape for the better. Meanwhile, Senate majority leader Chuck Schumer has indicated that cannabis reform legislation will be a key priority in the current Congress, and Wilson says such a package is expected to include sensible tax and regulatory oversight at the federal level along with criminal justice reform.

Regardless of the exact form of federal policy reform, Wilson says the creation of ‘unambiguous regulations, laws and guidelines’ is necessary for the industry to take the next step forward in the US.