Scientists in China have pinpointed three metabolites that indicate if a stroke victim has suffered cognitive damage. The finding not only builds understanding on the biochemical pathway behind strokes but could also help treatment plans to be prepared sooner, improving rehabilitation times for patients. 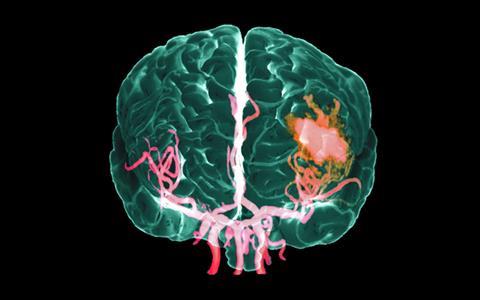 A stroke happens when blood flow to the brain is interrupted and brain cells starve of oxygen. Aftereffects include muscle weakness and altered senses. In many cases, strokes also affect the way a patient thinks or processes information.

Quickly identifying the effects of a stroke helps doctors to tailor rehabilitation programs to the needs of a patient. Currently, structural neuroimaging and neuropsychological tests assess cognitive damage, but these take time and require the patient to be involved and compliant.

Now, a team led by Weizhong Wang and Xiaoying Bi from the Second Military Medical University in Shanghai has analysed metabolic changes following a stroke. The researchers were particularly interested in identifying changes related to post-stroke cognitive impairment. Bi explains that these changes may be ‘caused by inflammation, neurotoxicity or oxidative stress’ because of the stroke.

The team used paired ultra-high performance liquid chromatography and Q-TOF mass spectrometry to study serum samples from a control group, a post-stroke cognitively impaired group and a post-stroke non-cognitively impaired group of patients. Multivariate data analysis of the data set highlighted the different metabolic profiles of the groups and identified a wide range of metabolic changes.

To create a practical test, the team then used a regression model to pare down the metabolites to three that were simple to check for: glutamine – an amino acid; kynurenine – a metabolite of tryptophan; and lysoPC(18:2) – a lysophospholipid. These biomarkers can rapidly identify post-stroke cognitive impairment without actively involving the patient in the testing.

Peng Song, a specialist in neuro-analytical chemistry, from the Eastman Chemical Company in the US says the research signals the coming age of clinical metabolomics. ‘The finding paves the way for a better understanding of the molecular mechanisms and eventually, more effective treatment,’ he adds.