The chemistry community in Greece has not escaped the financial storms that have battered the Greek economy over the past two years. The damage to the chemical sciences and academia is already severe and the future looks bleak.

The European University Association described the situation as ‘critical’ in a financial crisis report in June, adding that ’Greece has seen its public funding for higher education and research reduced several times by 10% or more’.

George Arvanitis, president of the Association of Greek Chemists, says the scientific community is gripped by anxiety, with grant funding in doubt and salary payments often delayed. Chemists are already leaving Greece for opportunities abroad and this trend will only accelerate, he says.

Uncertainty the only certainty 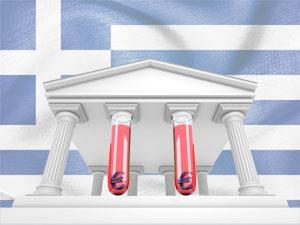 ‘Everyone is uncertain for his future,’ he says. ‘Everyone is in continuous stress about whether they will receive their next salary payment. Many grants awarded before the crisis have been either postponed, interrupted or terminated, while at the same time recent grants are very limited. As far as the next round of grants is concerned, there is no assurance that the situation will change. Masters and PhD students have stopped their research activities due to the lack of grants or funds for covering current lab expenses.’

The question now facing the chemistry community, as politicians continue to grapple with potential solutions to the financial crisis, is whether the worst is over or whether the research and academic environment will continue to deteriorate.

‘The mood is not good, at least among active professional scientists,’ says Dimitris Vlassopoulos, a professor in the department of materials science and technology at the University of Crete. ‘Good people from abroad are not coming to Greece,’ he says. ‘Young people are actively seeking positions abroad, as are senior people. If the crisis continues for another year or two, there will be nothing left I am afraid.’

Vlassopoulos says the worst case scenario would be a Greek government default on loans and subsequent exit from the eurozone. This, he says, would basically trigger an ‘immediate and absolute end’ to Greek research.

Arvanitis agrees, saying that it would take decades for Greek research to recover. But even if Greece is able to agree to viable solutions to the debt crisis to help the economy stabilise, he warns of trying times ahead. ‘It is almost certain that in the most optimistic scenario, chemistry will be stationary in the near- to mid-term future, with possible exceptions stemming from individual efforts that they will hopefully keep the field alive.’

He believes that Greek research needs an emergency funding infusion to stabilise and then revive a system damaged by three years of financial crisis. ‘A real investment shock by the EU and the Greek state is necessary in order to stop the current brain drain,’ he says.

Even before the debt crisis struck Greece in late 2009, the chemistry community was operating within a research and academic environment that was, on average, in the bottom half of the EU. In its annual report earlier this year analysing innovation efforts, the European commission divided the member states into four groups, with the most innovative being Sweden, Denmark, Germany and Finland. The second level of nations include the UK, the Netherlands and France. Greece was ranked in the third group with nations such as Italy, Hungary and Poland.

Arvanitis says that research spending in Greece has stagnated around 0.5% to 0.6% of GDP for the past decade, well below the current EU average of 2%, and is not expected to improve in the next decade. Greece also suffers from a lack of private investment in R&D, he says. But he sees the nation’s ‘greatest problem’ as a lack of central planning and coordination to harness research as an engine to drive economic growth.

He notes that chemistry is a ‘science associated with the economic progress and development’ as a key ingredient of rapidly developing new technologies in energy, materials, the environment, food production and health. ‘Greek politicians have never really believed in the value of science as a tool for development and progress,’ he says.

The result has been ‘extremely limited opportunities’ for young scientists coupled with relatively poor wages, Arvanitis says, adding that even before the debt crisis, many left Greece ‘to continue their passion abroad’ or simply quitting science altogether to pursue more lucrative careers. Despite the obstacles, Arvantis says young chemists in Greece are generally well trained and are regularly accepted by top European universities for post graduate studies. Those who remain in Greece or who return home after training abroad have maintained high standards, he says.

Although Greece receives poor marks in several key benchmarks in the EU’s Innovation Union Competitiveness Report 2011, such as low public spending and few patent applications, the nation is relatively strong in international benchmarks for scientific publications and collaborations. For example, 11% of publications with Greek co-authors were among the 10% most cited publications worldwide. Researchers based in Greece also formed the greatest number of links with researchers in Germany, collaborating on 1634 EU-funded projects in 2011, compared with 1372 for the UK and 1232 for Italy.

Dimitrios Pantazis, a Greek national who is a group leader in the theoretical chemistry unit at the Max Planck Institute for Bioinorganic Chemistry, Germany, says that in addition to more money, Greek research would benefit from higher education reform. ‘As in some other southern European countries, the archaic administrative structures of Greek universities do not encourage competitiveness and emphasise teaching over research,’ Pantazis says. ‘However, in every chemistry department there are a few groups that produce world class research.’

Vlassopoulos agrees, saying the Greek universities suffer from ‘inbreeding, lack of meritocracy, nepotism, politics’ and scattered cases of ‘mismanagement of grants’. Nonetheless, for a nation with basically no chemical industry, he says: ‘Greece is doing reasonably well in basic research.’

Last year, the Greek parliament passed a law to reform higher education, triggering nationwide protests not only by the powerful student unions, but also faculty members and university support employees. The reforms have not begun yet, however, and the government is now talking about abandoning the law, says George Fytas, a physical chemistry professor at the University of Crete and also an external member of the Max Planck Institute for Polymer Research in Mainz, Germany. He adds that the whole episode ‘is a characteristic case of the persistence of the university system’ to avoid reform.

Fytas says that EU grants are the only truly reliable source of funding for Greek researchers. He describes funding from Greek sources as ‘irregular, very bureaucratic and with a lack of rigorous evaluation procedures and consistent rules’.

Arvanitis says that the many foreign trained scientists who return home are one of the key strengths of Greek chemistry. ‘These scientists offer their knowledge and experience not only in their research field but also in the management of Greek universities,’ he says. But Arvanitis notes that a significant portion of Greek chemists who study abroad do not return home.

But whereas Pantazis freely opted to leave Greece six years before the debt crisis began, he worries about the current generation of young Greeks who want to pursue careers in chemistry. ‘Chemists at all stages of their careers from young graduates looking for research degree programmes to young researchers looking for a first research position, are increasingly realising that moving abroad might be not just a better option, but their only option,’ he says.