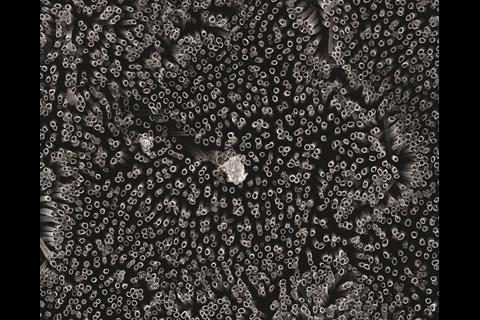 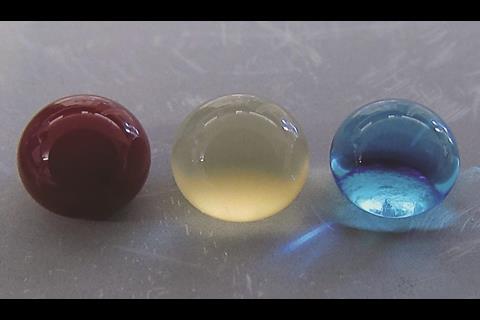 Blood, plasma and water droplets (left to right) beading on a superomniphobic surface

Superhaemophobic material could form the basis for safer medical implants

A blood repellent, or ‘superhaemophobic’, titanium-based material that could be used to lower the risk of blood clotting around medical implants has been developed by researchers in the US.

Using titanium dioxide as a starting point, a team led by Arun Kota and Ketul Popat at Colorado State University showed that the material could be engineered to repel virtually any liquid by roughening its surface with nanotubes or ‘nanoflowers’. They then treated these hydrophobic structures with a fluorosilane, creating fluorinated surfaces, which are known to reduce the adhesion of blood platelets. The combined effect of these two modifications was shown to reduce the number of platelets sticking to the superhaemophobic surfaces compared with either untreated hydrophobic surfaces or fluorinated smooth ones. The team say medical implants with these properties should be safer as they would not form a point of attachment for blood platelets, and would therefore reduce the risk of clots forming.