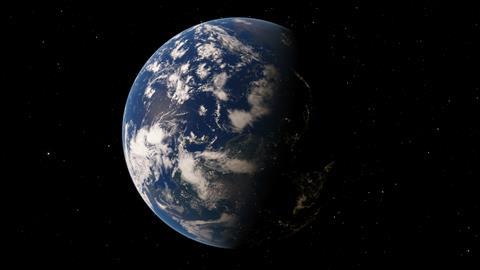 Call for chemists to reorientate chemistry as a sustainability science

Many of the world’s most used chemicals are transgressing one or more of the nine planetary boundaries. If we are to address this crisis, chemists at all levels must work to reposition chemistry as a sustainability science, an international team of scientists has said.1

Developed between 2009 and 2015, the planetary boundaries framework describes nine anthropogenic threats to Earth’s critical systems and attempts to define safe operating spaces within these. Many of the control variables set for these boundaries are chemical entities, with the intention to measure and limit the introduction of these entities to the environment. 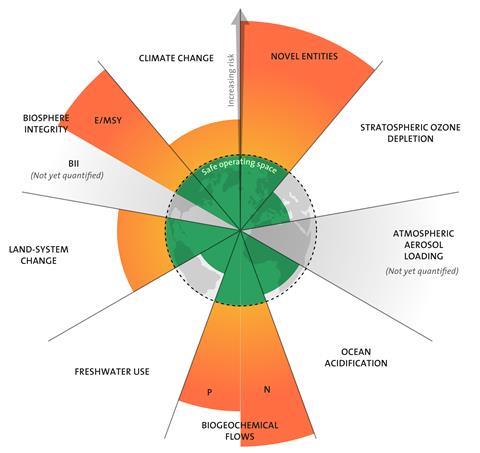 Transgressing one or more planetary boundaries may be deleterious or even catastrophic due to the risk of crossing thresholds that will trigger non-linear, abrupt environmental change within continental- to planetary-scale systems

No control variable has been set for the ‘novel entities in environment’ boundary, however, and the group raised concerns that such oversights, and a lack of the kind of action the framework was meant to inspire, remain. They highlight a recent report that proposes the release of plastics into the environment as one possible parameter for the ‘novel entities in environment’ boundary; a proposal which, if accepted, would see the boundary already transgressed.2 Another report assessed nearly 500 chemicals in relation to seven planetary boundaries, and found that most transgressed at least one of the thresholds for safe operating limits.3

The group, led by Stephen Matlin of Imperial College London in the UK, stresses that the sustainability of any given product must be assessed comprehensively, rather than on single issues. Individual factors such as deriving a product from a renewable source, manufacturing based on green chemistry principles or post-use recycling, are not enough to label a product sustainable if planetary boundaries are still transgressed somewhere within the system.

Many fundamental chemistry practices will need to be reassessed. In organic chemistry, the overwhelming reliance on hydrocarbon-related compounds as the starting materials for synthesis is self-evidently problematic, and alternatives must be pursued. In plastics, redesign and invention of novel structures will be necessary. Then there is the issue of element stewardship; not only for those materials with low abundance levels or restricted distribution – such as lithium, a vital resource for current battery technology – but also for abundant materials, whose stewardship needs to focus on recycling or disposal with minimalised environmental harm.

As the science of transforming matter, many of chemistry’s successes up to now have come at a cost to the environment and to the stability of Earth’s vital systems. The scientists conclude that, in the future, research should maintain an awareness of the planetary boundaries and the biogeochemical flows that threaten them, and industry must commit to use all available tools to avoid further transgression.