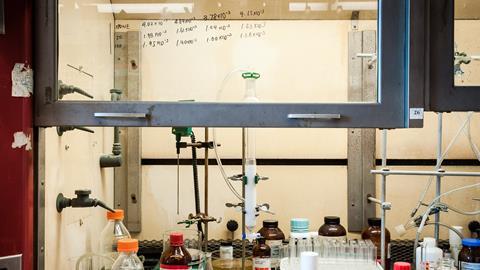 Chemists want help to cut the environmental footprint of their labs

A global survey of chemical scientists in industry and academia by the Royal Society of Chemistry has found that 84% of respondents want to do more to improve the environmental sustainability of their labs, and 63% have already made changes in the last two years.

These findings have spurred the launch of a new RSC Sustainable Laboratories programme that will roll out a series of initiatives to support chemists in developing and implementing more environmentally sustainable lab practices. In addition, the organisation has made an initial commitment of £0.5 million to enable individual chemists, labs and departments to put in place their own initiatives to improve lab sustainability.

‘Our intention is to provide small amounts of enabling funding in a flexible way that could cover everything from small, one-off consumable, equipment or sharing costs, to convening groups or training, to freeing up time to make measurements for establishing baselines or compliance with health and safety standards,’ explained Deirdre Black, the RSC’s head of research and innovation.

Chemistry labs have their own unique environmental footprint, which includes the energy needed to run equipment and control temperature, as well as ventilate spaces. Beyond ventilation and temperature control, conducting high-quality research safely can also require sterility, as well as the sourcing, production and disposal of specialised lab consumables or instruments. Each of these things also has an environmental footprint, the report points out.

The RSC cites estimates by the University of Oxford that lab buildings are responsible for around 60% of the university’s total energy consumption and carbon emissions. This is also supported, the RSC notes, by other sources that estimate that 60–65% of a research institution’s electricity is consumed by its labs.

When it comes to the equipment housed in typical research labs, fume hoods and ultra-low temperature freezers are among the most energy intensive. Measures like closing fume hood sashes or setting freezers 10°C higher can improve safety while also reducing energy consumption by around 40%, the report states.

The RSC’s recent online survey, which ran from December 2021 through to January 2022, garnered 670 respondents. Their responses revealed that those chemical scientists who have already taken action to make their labs greener were motivated not only by environmental sustainability, but also by cost savings (63%) and greater efficiency (58%). In addition, 11% of chemical scientists reported employer requirements to be a main driver.

Further motivations noted in the free-text survey responses included lab health and safety, such as the use of more benign solvents and reagents, as well as reducing the risk of flooding through alternatives to water cooling.