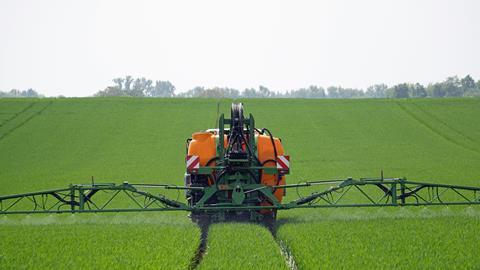 Cancer committee under siege over glyphosate

The World Health Organization’s (WHO) cancer research agency has been attacked following revelations that unpublished data that the herbicide glyphosate was safe was not considered before it was found to be ‘probably carcinogenic to humans’ in March 2015. The American Chemistry Council (ACC) and Monsanto, which makes the herbicide, suggest that the Agency for Research on Cancer’s (IARC) monograph should be withdrawn, and that the agency’s other monographs should be examined more closely.

A special report by Reuters detailed how Aaron Blair, a scientist emeritus at the National Institutes of Health’s cancer institute who chaired the IARC working group that produced the glyphosate monograph in question, did not divulge findings from unpublished research that he was involved with. That research, which Blair says is ongoing and has not been published or submitted for publication, found no connection between glyphosate and cancer.

‘These allegations suggest that an IARC monograph has become nothing more than a rubber stamp for predetermined outcomes,’ said ACC’s president and chief executive Cal Dooley. He is calling for an investigation into whether IARC officials ‘knowingly withheld data that proved a lack of association between glyphosate and cancer’, and whether the agency’s other monographs should be evaluated to determine whether ‘similar manipulation’ has occurred.

Scott Partridge, Monsanto’s vice president of global strategy, is also up in arms. ‘It is disturbing to see what IARC has done here,’ he says. ‘I have referred to it as “scientific vandalism”, and that is what I think it is – they have so doctored a process that the public should be able to rely on.’

However, Blair stands by his decision not to publish the preliminary research findings, as well as another study that appeared to vindicate glyphosate. ‘I was involved in both studies, but I talked about neither of them because they were not published or in press, so they were not supposed to be considered by the IARC working group,’ he tells Chemistry World. ‘Things in progress change – from early analysis to late analysis, from the comments you get from reviewers after you submit it to a journal,’ he adds. ‘I would not have changed anything. In fact, if you change or undo things where the process is set, it would clearly be an attempt to influence what is going on, not following the rules that were set up for the review.’

Meanwhile, the IARC said its secretariat was not informed about unpublished results on glyphosate, but confirmed that its working groups for monographs are prohibited from considering unpublished results. Nevertheless, IARC emphasised that it can re-evaluate substances when a significant body of new scientific data is published.