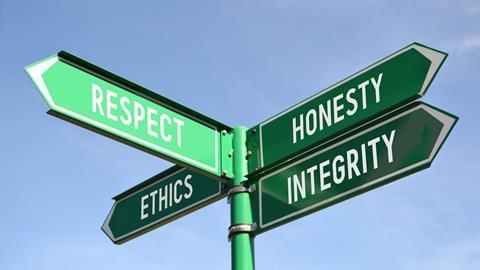 The agency that investigates claims of US scientific misconduct is in chaos and riven by political infighting. This is according to a number of sources close to the organisation that say that this turmoil has led to a substantial drop in the number of misconduct findings over the last two years.

The Office of Research Integrity (Ori) produced only 14 findings of scientific misconduct in the last two years. By comparison, the office issued double that number in 2015, and 13 the previous year.

Located within the Department of Health and Human Services (HHS), Ori has typically issued about a dozen misconduct findings annually. The office’s caseload has fluctuated since its creation in 1989 – the figure settled at around 40 in both 2013 and 2014, but has fallen in recent years to 31 in 2015 and then to 21 in 2016, according to data from the Retraction Watch blog. The Ori caseload for 2017 is not yet available.

Sources with first-hand knowledge of Ori say there could be many different reasons for this apparent lower productivity, but they suggest that the current dysfunction has led to a significant turnover in personnel that has harmed the agency. These sources, who spoke to Chemistry World on condition of anonymity, describe the office as chronically under-resourced and with collapsing workplace morale. Its budget is just under $8.6 million (£6.2 million).

Recently, Kathy Partin – a microbiologist and former administrator at Colorado State University – served as director of Ori for two years before a temporary reassignment to a post at the Uniformed Services University of the Health Sciences in December 2017. She faced criticism – including from agency staff – after initiating a comprehensive review of the office’s operations.

However, the first real sign of problems surfaced a few years ago. David Wright, a former science historian at Michigan State University, quit his post as director of Ori in 2014. Wright, who by all accounts had a very good reputation, published a letter on his departure describing Ori as ‘dysfunctional’.

Beyond Partin’s departure, John Dahlberg retired as Ori’s deputy director in 2015, and Susan Garfinkel, who served as director of the office’s investigative oversight division, left late last year. In addition, Zoe Hammatt resigned as the head of Ori’s division of education and integrity in December 2016, and many Ori investigators apparently departed the office as well in the last few years. Observers note that this high-level turnover in a relatively small office of about two dozen staff means the loss of institutional memory and expertise.

There are now serious concerns about a lack of scientific knowledge. ‘Kathy is the first Ori director with a basic science background,’ explains Linda Schutjer, a lawyer who works within the general counsel’s office at Colorado State University and has been in touch with Ori in her work on research misconduct. ‘There is not enough science background in the investigation team at the Ori right now,’ she says. ‘If you don’t appreciate the science, it is hard to do a good investigation – a lot of the investigators aren’t scientifically trained – they are not researchers.’

An organised campaign to oust Partin developed within Ori, especially after she had identified problems with her supervisor’s hiring practices, according to Schutjer. ‘It was really like a work stoppage at Ori – the investigators did not like Kathy, and they just sat on everything,’ she tells Chemistry World. Ultimately, Partin started taking on misconduct cases herself just to clear the backlog, but Schutjer recalls that this resulted in staff complaining to higher-ups that this was a conflict of interests.

Changes at the top

Partin was meant to return to Ori last month. However, sources familiar with Ori say that it’s an open question whether Partin’s job has effectively already been given to Wanda Jones, a former principal deputy assistant secretary at the HHS who has been serving as the office’s interim director since Partin left.

An HHS spokesperson tells Chemistry World that the department does not comment on personnel issues.

However, many observers say it is a good sign that Brett Giroir, who became the new assistant secretary of HHS in February, will now oversee the agency. He and Partin share a basic science background.

There is widespread agreement that Ori plays a key role in correcting the scientific record. Ferric Fang, a professor of laboratory medicine and microbiology at the University of Washington School of Medicine, says the office needs some teeth in order to hold researchers to account.

‘The Ori does not have subpoena power and can’t compel information or materials,’ Fang notes. Nevertheless, he suggests that the penalties the office is able to levy against wayward researchers appear effective. It can, for example, suspend or terminate a researcher’s federal grants or even ban them from participating in federally-funded studies.

Fang and colleagues have looked at the longer-term impact on researchers when Ori has found them guilty of scientific misconduct and temporarily banned them from receiving federal funding. ‘The vast majority of them have had to leave academic science – there are very, very few exceptions,’ Fang states. ‘I don’t think that you can argue that Ori’s penalties are too weak – the penalty is basically that you are out of the game,’ he says.