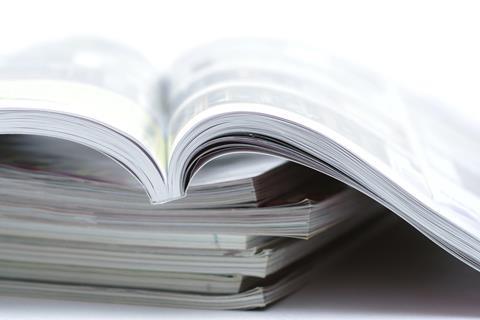 The American Chemical Society (ACS) has announced its intention to create a chemistry preprint server to share research results and data in advance of formal peer review and publication. The server would model itself on the hugely successful arXiv for physics and bioRxiv in the life sciences. The ACS has dubbed this forthcoming resource ChemRxiv, and it will be free to submit and access papers. In addition, the ACS says any chemistry journal, not just its own, will be able to deposit research on ChemRxiv.

‘The intent is for the preprint server to be freely available globally for all interested readers,’ says Kevin Davies, vice president of the ACS’s publications division. In order to fund the ambitious endeavour, the ACS is ‘actively exploring opportunities to offset costs’, he says. The organisation hopes to collaborate with interested parties who agree that a global chemistry preprint server will be valuable, and it is inviting stakeholders to participate in shaping the service. ‘We would like to see this up and running as soon as is feasible,’ Davies tells Chemistry World.

While most of the chemistry community welcomed the idea of a preprint server, many are uncomfortable with the ACS taking the lead, especially because the organisation’s journals have typically not published preprints. An earlier attempt to create such a resource, around 15 years ago under the auspices of a now defunct Elsevier Science subsidiary, soon fell flat. Observers suggest that its failure was partly due to the poor quality of some submissions, as well as hard-line policies by big journals, such as the Journal of the American Chemical Society, that refused to publish papers deposited on preprint servers.

‘The previous example in chemistry, about 15 years ago, died a very quick death because it was very low quality, and I really don’t see how they are going to manage the quality,’ says Henry Rzepa, a professor of computational chemistry at Imperial College London, UK. ‘You’d love to think that it will be a greater success this time, but I would really be very, very surprised if it were.’

Peter Murray-Rust, a chemist at the University of Cambridge, UK, and a well-known advocate for open access publishing, says ChemRxiv should not be unilaterally managed by the ACS. ‘This looks like it’s being run by the American Chemical Society for the benefit of the American Chemical Society journals, rather than as something which represents what chemists as a whole want,’ he tells Chemistry World.

‘I am a little miffed they have used that suffix ‘rXiv’ for themselves,’ Murray-Rust adds, suggesting that arXiv – hosted by Cornell University in New York – and bioRxiv – operated by Cold Spring Harbor Laboratory also in New York – are ‘run by the community for the community’.

But Davies points out that Cold Spring Harbor Laboratory has run bioRxiv successfully, and it’s a non-profit institution that has its own in-house publishing arm with about half a dozen journals. ‘We see really the inspiring signs from the growth and the rapid uptake at bioRxiv on the life sciences side, the record numbers of preprints that are being posted,’ Davies notes.

In addition, he notes that arXiv has been expanded and diversified to include many other fields beyond physics, including mathematics. ‘That left chemistry as a huge community with no discipline-specific preprint server,’ Davies says. ‘Over the last few months, we’ve collectively, and in consultation with many of our journal editors, concluded that the time was right.’

Each of the editors of the ACS’s roughly 50 journals makes the decision on whether or not their journal will accept preprints for publication. When it comes to tweaking the ACS’s policies to reflect this eagerness for a preprint server, these editors are ‘actively looking’ at their policies in this arena, according to Davies. He says a growing number of these editors allow unreservedly, or are open to considering on a case-by-case basis, preprints posted prior to publication. It’s a moving target right now, but the exact number of ACS journals that will now accept preprints should become clearer in the next few weeks.

But opponents of ChemRxiv describe it as too little, too late. They urge the ACS instead to focus on making research data a first class research object in its own right, which would enable new tools for scientific discovery like data and content mining. These sceptics warn that ChemRxiv does not advance that cause, and they suggest that it might even set it back because data is likely to have even less prominence.