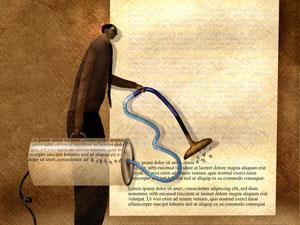 A Chinese researcher has been charged with spying and attempting to steal a promising anticancer drug candidate from the US university where he worked.

Hua Jun Zhao is alleged to have used his position as an assistant researcher at the Medical College of Wisconsin to illegally acquire patented cancer research, and to pass it to Zhejiang University in China. He was arrested on 29 March.

Surveillance video implicated Zhao in the disappearance of three bottles containing the anticancer drug candidate C-25 from a colleague’s desk in February. There was also evidence that Zhao shipped those vials to China then booked tickets to the country. He also submitted a grant application to the National Natural Science Foundation of China to fund a chemotherapy sensitivity and drug resistance study involving C-25, according to the criminal complaint.

High profile cases of research theft by Chinese nationals has recently been in the spotlight in the US. Kexue Huang, a Chinese citizen and former employee of Dow Chemical, was found guilty of passing trade secret information to a Chinese university that was developing organic pesticides on behalf of China’s government. In December 2011, Huang was sentenced to 7 years in prison. Financial losses from his activities at Dow Chemical and his previous employer, US agribusiness giant Cargill, are estimated to exceed $7 million (£4.6 million).

In another case that emerged around the same time, a former software engineer for Motorola was sentenced to four years in prison in August for stealing trade secrets. Hanjuan Jin, a naturalised US citizen born in China, was found guilty of stealing technology for financial gain and for Sun Kaisens, a Chinese telecommunications company that develops products for the Chinese military.

But perhaps the most shocking Chinese espionage case in recent history is that of Zhan Gao, a US university researcher, who in November 2003 pled guilty to exporting $1.5 million of American technology to Beijing for possible weapons development.

Gao, who was born in China and was scheduled to become a naturalised US citizen, had previously been detained in China on charges of spying for Taiwan. She was freed in in July 2001 after US diplomats petitioned the Chinese government.

In recent weeks, one top US politician has raised concerns about Chinese nationals stealing US technology, with Nasa a particular focus of attention. Virginia Republican Representative Frank Wolf, who chairs the subcommittee that funds Nasa, announced on 18 March that Bo Jiang, a Chinese contractor who had been working at Nasa’s Langley Research Center, had just been arrested at a Virginia airport trying to leave the country.

When they searched Jiang’s personal items, federal agents found suspicious articles that he had not disclosed, including an extra laptop computer and hard drive. Wolf is concerned by what he calls a ‘lax security culture’ at Nasa, and he is calling for a comprehensive review of security enforcement throughout the agency.