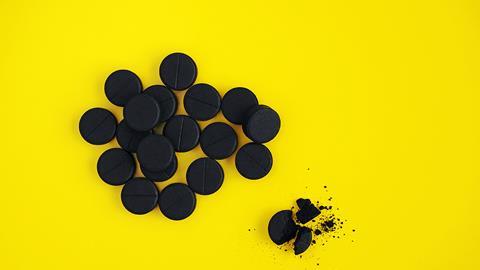 Inactive drug ingredients not as inert as thought

38 out of 639 excipients tested interact with toxicity-related proteins, some reaching levels that might produce unwanted effects

Some ingredients that help keep medicines stable and get them into our bodies could also have previously unknown biological effects. US researchers who studied 639 of these ingredients, known as excipients, have found 38 that interact with medically relevant proteins. Two excipients, cetylpyridinium chloride and thimerosal, are potentially capable of reaching levels in the body that could lead to unwanted effects.

‘While we believe that [this] usually won’t lead to toxicity in most cases, the activities are strong enough to be worrisome, and maybe all of them can be replaced,’ comments one of the study’s lead researchers, Brian Shoichet from the University of California, San Francisco (UCSF).

‘It’s important to note that this is discovery research in cells and not in humans,’ adds the study’s other leader, Laszlo Urban, executive director at Novartis Institutes for Biomedical Research (NIBR) in Cambridge, US. ‘It is a first step toward understanding what molecular effects, if any, these excipients might have. It is too early to extrapolate whether the ingredients identified actually induce side effects in patients.’

While all drugs on the market are carefully safety tested, NIBR wanted to look at excipients to generate ‘the safest formulations for our products’, Urban says. Although his and Shoichet’s teams often collaborate, the UCSF group had started a similar project independently to Novartis. The two researchers found out the common interest over dinner at a conference. Shoichet recalls the blood draining from Urban’s face in shock, but Urban just remembers being excited about the opportunity to collaborate.

Shoichet’s team computationally predicted targets for 639 excipients from among 3000 medically relevant proteins, finding 69 possible excipient–protein pairings. Lab tests revealed that 19 excipients affected at least one of 12 protein targets. Meanwhile, scientists at NIBR screened 73 widely used excipients against 28 toxicity-related target proteins linked to drug safety in lab tests. Combining their findings, they discovered that 38 of the excipients were biologically active, many of them interacting with more than one protein.

The NIBR scientists went on to test molecular interactions with human proteins in biochemical and cell-based experiments. They also carried out experiments in rats for seven of the ingredients to model how they might circulate through people’s bodies. Two substances reached levels that could have relevant effects, namely organomercury antibacterial thimerosal, often used in vaccines, and cetylpyridinium chloride, an antiseptic often used in mouthwash. Both could plausibly lead to negative effects by binding to dopamine receptors in the gut and brain.

Aled Edwards from the University of Toronto in Canada calls the study ‘very neat and revealing’. ‘One should always question assumptions, in this case the concept of inert excipients,’ Edwards says. ‘And while the authors appropriately stress that there is no evidence that even the most bioactive excipients are actually toxic, they make an excellent point that it does no harm to consider changing to excipients that have as clean a profile as is possible.’