A leading analytical chemist has claimed that widespread contamination of food by packaging materials is being ignored by governments, scientists, and the food industry.

A leading analytical chemist has claimed that widespread contamination of food by packaging materials is being ignored by governments, scientists, and the food industry.

Koni Grob, scientific head of the Official Food Control Authority of the canton of Zurich, Switzerland, has now called for better oversight of chemical leaching from plastic packaging. 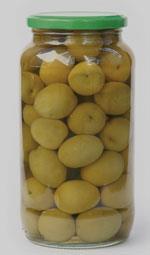 Warning over oily foods in jars

European legislation states that no more than 60mg of packaging materials should leach into each kilogram of food. But this limit is routinely breached, according to his team’s extensive research. Grob said that oily foods in jars which have a PVC lining on their lids are particularly susceptible to leaching plasticiser compounds, such as epoxidised soy bean oil (ESBO). In a 2004 survey of ESBO leaching, Grob found that only two out of 86 food samples fell below the legal limit of 60mg/kg of leached material.

Based on well-established toxicology, ESBO itself does not pose a safety issue, said Michele Suman, an analytical scientist for Italian food manufacturer Barilla. But it does prove that the migration of chemicals from food packaging is unacceptably high, he added. ’It’s important - there is a real problem,’ said Suman.

More worryingly, imported food jars from Asia generally use phthalates as a PVC plasticiser, and Grob’s analysis shows that substantial quantities of phthalates - banned in some countries - end up in these foods. ’This has been known as a problem for almost two years and hardly anybody has reacted,’ he said. Grob insists he is not trying to start a food scare. Most of the leached compounds found in his analyses have not been identified, so there is no way to tell for sure whether they pose any risks to human health. But it would be a serious mistake to simply ignore them, he said. Yet food quality analysts simply aren’t looking for these compounds, focusing their attention instead on more stringently regulated compounds, such as pesticide residues: ’it’s a scandalous situation,’ he said. ’By far the most predominant contaminant is from food packaging.’