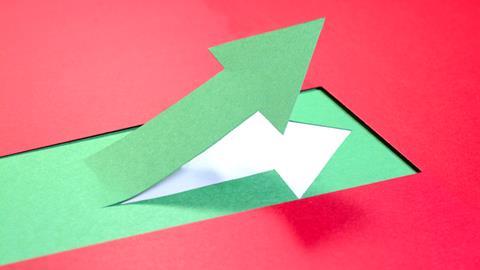 The former chief executive of the American Association for the Advancement of Science (AAAS), Alan Leshner, has called for a ‘cultural evolution’ in academic research to update funding systems, as well as longstanding academic reward structures.

‘We need to have aspects of our scientific culture evolve, and behaviour change,’ Leshner said at a recent National Academy of Sciences symposium on the future of science in Washington DC, warning that such cultural shifts are extremely difficult. ‘People hate change, and unfortunately, scientists are also people,’ said Leshner. ‘The way to do it is to capitalise on the fact that scientists are also people, and make some changes to the incentive system.’

Leshner, who headed the AAAS for 13 years and before that directed the National Institutes of Health’s drug abuse research institute, proposed that activities like mentoring and public engagement should be rewarded, and that researchers would respond if they were. ‘As long as we only reward the number of papers published in top-tier journals, or the number of research grants you have gotten, or the number of overall publications, nothing is going to change,’ Leshner continued. ‘So, I would recommend that we start with some changes to the federal review policies or reward policies, and it will trickle down.’

In response, Marcia McNutt, president of the National Academy of Sciences, said that universities should regularly revaluate full professors on criteria such as mentoring, public outreach, communication and policy relevance. She suggested that these factors be used to help determine things like salary increases and prestigious titles such as ‘endowed chair’.

McNutt suggested that such an alternative proposal might be ‘an easier sell’ than Leshner’s pitch, pointing out that most university faculty clear their last hurdle of promotion – tenure – when they are in their 40s, and they are then full professors for another 30 or 35 years ‘with no major other reckoning’. If senior faculty are being evaluated in these ways, then that will translate to their evaluations of junior faculty. ‘So, this is my sneaky way to get it down the chain,’ McNutt said.

However, Leshner countered that such criteria ought to be integrated into research faculty evaluations at every career stage. ‘If we don’t get them doing it early, by the time that they are advanced, curmudgeonly senior faculty they are not going to do it well,’ he said.

Whose responsibility is it?

During the panel discussion, University of Michigan public policy professor Shobita Parthasarathy expressed concern that such proposals place too much of the burden on the researchers themselves.

‘I think it is a great idea, but I fear that it individualises the responsibility a little bit too much,’ Parthasarathy said. ‘Public engagement isn’t just a matter of dancing your PhD … you actually have to learn how to dance, and that I think is the responsibility of the university,’ she said, referring to the annual Dance your PhD competition hosted by the AAAS and Science that challenges doctoral students to communicate their research to the public through interpretive dance.

Parthasarathy argued that universities must first have the necessary infrastructure in place including, for example, experts and dedicated centres that offer training in areas like pedagogy, public outreach and communication. ‘You can change incentives and then have a bunch of people saying they are doing public engagement, but it could actually do more harm than good if they haven’t developed the necessary skills to do that in a responsible way,’ she tells Chemistry World.

Laurie Leshin, the president of Worcester Polytechnic Institute in Massachusetts, agreed that the promotion criteria for academic research faculty have been the same for decades and are in need of a significant overhaul. She said many institutions like her own are evolving.

‘Some universities are now moving to a broader definition of how to value scholarly work – scholarly work that is in communities or more applied, more translational, more focused on innovations around the work we do in the classroom with our students,’ Leshin said.

Worcester recently changed its promotion criteria to align with this expanded definition of scholarship. Leshin recounted how this change was sparked when, on her first day as president, she received a faculty survey report showing that none of the school’s female faculty were satisfied with the university’s promotion process.

‘That was a pretty strong signal,’ Leshin said. New criteria have now been used to guide faculty promotions at the university for the past two years, and for the first time in its more than 150-year history more women than men were promoted to full professor, she noted.

‘The cranky old professors who initially were resistant to this “draconian” change said they recognised that these are folks who are dong work that brings in extraordinarily high value to the institution,’ Leshin recalled. ‘We haven’t lowered the bar, we have broadened it.’