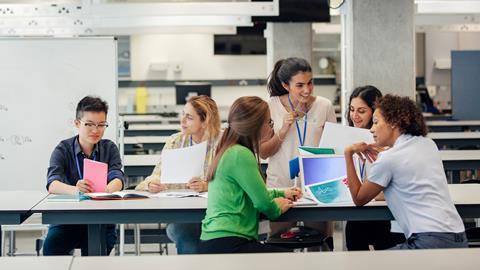 Universities will need to take systemic action to increase female representation in science, technology, engineering, maths and medicine (Stemm) fields that are akin to a ‘culture change’, according to a new report from the US National Academies. Its authors state that the recruitment and retention of women in Stemm programmes and careers can be improved if university admissions officers, human resources staff and hiring committees expand the networks from which candidates are drawn. They also urge the development of guidance for academia on how to write job ads and conduct interviews inclusively, as well as strategies to lessen bias in university hiring and promotion decisions.

The total number of women earning degrees in Stemm fields in the US has increased in recent years compared with men, but women – especially ethnic minorities – are still underrepresented relative to their presence in the broader US workforce and population. In the US, white men hold 49% of science and engineering jobs that require a bachelor’s degree or higher, and white women make up 18% of such occupations, according to data from the National Science Foundation (NSF). Both groups comprise 31% of the American population. African Americans make up 7% of the US population but just 2% of the country’s scientists and engineers, with Hispanic women in a similar position. The National Academies report concludes these disparities are primarily driven by various structural, cultural and institutional patterns of bias, discrimination and inequity.

Beyond its recommendations for university action, the National Academies report also calls on government science agencies to adopt practices to tackle gender disparities in Stemm. It argues that agencies like the NSF and National Institutes of Health should hold research institutions accountable by carrying out regular data collection activities, and monitoring progress via ‘equity audits’. The report’s authors also advise that funding agencies consider the efforts of institutions and individual researchers to support greater equity, diversity and inclusion as part of their proposal compliance, review and award process.