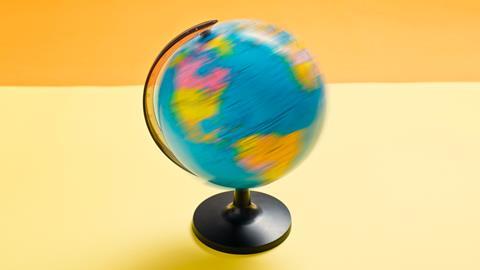 Citations are important indicators of status and success in science. But it appears that a small group of elite scientists are increasing their lead while their less well-known colleagues remain further down the league tables, according to a new Danish study which links these increasing inequalities with more collaboration and intensified international competition.

Recent evidence indicates a widening gap between the ‘haves’ – a small group of top scientists who enjoy exceptional privileges in terms of funding, research facilities, reputation and influence – and the ‘have-nots’. Now a Danish team suggests that ‘citation inequality’ is also on the rise. In their analysis of more than four million authors and 26 million scientific papers, they found the top 1% of all scientists increased their citation share to 21% in 2015, up 7% from 2000. That is, their research published in 2015 received 21% of all references from subsequent research.

The study also finds that while all researchers are collaborating more, ‘ordinary’ researchers are publishing slightly less, but the ‘elite’ slightly more. It concludes the elite enjoy a ‘collaborative advantage’ which offsets a general decline in productivity. The result is greater citation inequality. 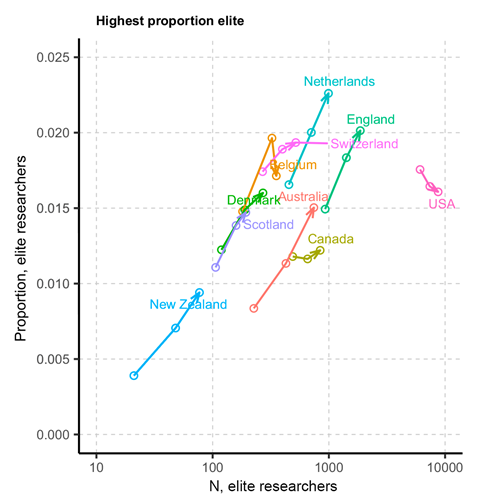 ‘The elite scientists are (co-)authors on more papers, but also with more co-authors on average than before,’ explains the study’s co-author Jens Peter Andersen of Aarhus University. ‘In addition, the number of unique co-authors the elite collaborate with is much larger than that of other researchers. An interpretation of this is that an ‘ordinary’ researcher may write two to three articles together with the same five co-authors in the same time as an ‘elite’ researcher writes five times as many because she does so with a larger network of co-authors. One might say they are better at delegating research labour. By collaborating with multiple groups of researchers, the most cited are able to spread the writing, data collection, analysis etc over a larger group of people, thereby increasing their own output.’

However, the consequences of growing citation inequality are unclear. ‘Competition can be healthy, and an elite is a consequence of competition,’ says Andersen. ‘However, as inequality rises, the risk that the competition becomes unhealthy also rises. Citation counts, numbers of papers, etc have come to play an increasingly large role when applying for funding and academic positions and promotions. There is a risk that research becomes less diverse, and that ideas and perspectives from other parts of the system than the elite receive less attention.’

Thijs Bol, associate professor of sociology at the University of Amsterdam, finds the study interesting because it shows that inequality in science is rising in one of the most important metrics used for evaluating scientific performance. ‘[It] fits in a growing body of literature that shows that there are strong self-reinforcing effects in academia: those with initial advantage increase their position even more. In this case, one of the key mechanisms the authors point to is collaboration: elite researchers reap more benefits from collaborations than those that are lower-cited.’

‘Research collaborations are often celebrated as the solution to the problem of overspecialisation, assuming that collaborators bridge fields,’ comments Attila Varga, a postdoctoral fellow at the Indiana University Network Science Institute. ‘On the other hand, we don’t know if collaborations are really widening our knowledge in that sense. Researchers are usually more motivated to collaborate with colleagues who have similar interests and training.’