EU and UK bitten by the open access bug

UK gives thumbs up to open access, while the European commission vows to throw its €80 billion research budget behind the idea 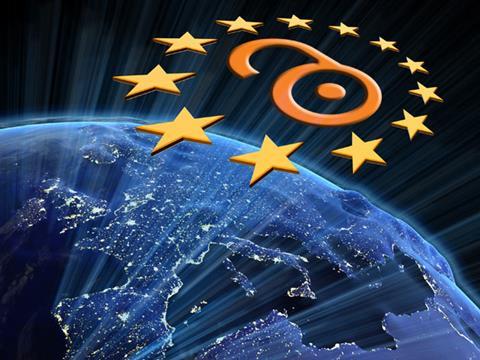 The European commission plans to make all the research findings funded by its 80 billion euro (£63 billion) 2014–2020 research programme, Horizon 2020, accessible to all. The announcement came a day after the UK government agreed open access for publicly funded scientific research by 2014.

‘Taxpayers should not have to pay twice for scientific research and they need seamless access to raw data,’ says Neelie Kroes, European commission vice president for the digital agenda. ‘We want to bring dissemination and exploitation of scientific research results to the next level. Data is the new oil.’

From 2014, the commission wants all research funded by Horizon 2020 to be available under one of two models. Under ‘gold’ open access, publishers will immediately make articles accessible online, with upfront publication costs reimbursed by the commission. Under the ‘green’, self-archiving model, research will be made available through an open access repository no later than six months (12 months for social sciences and humanities) after publication.

There is no clear limit on how much the commission will pay in upfront costs but ‘refunding will be possible in the framework of normal grant agreements’, says commission spokesperson Linda Cain. ‘The final figure will depend on the mix and evolution of publishers’ charges which vary widely. Financial instruments would be in place if gold open access charges cannot be reimbursed from a project grant anymore because the project has already ended.’

When it comes to enforcing the policy, Cain stresses that grant contracts between the commission and the researcher will require open access. ‘They will be subject to audit by the commission in the same way as any other contractual requirement laid down in individual grants.’

Before open access policies can be adopted, the European parliament and the EU council must agree the legal framework for Horizon 2020. However, Cain predicts open access will be in operation by January 2014.

The EU’s move will have an effect on the transition time from subscription-based to open access publishing, says Martin Hall, chair of the UK Open Access Implementation Group and vice chancellor of Salford University. ‘The sooner that other research intensive countries adopt open access policies with upfront cover of article processing charges (APCs), the sooner the research publication system as a whole will move away from subscription publishing and paywalls.’

The government has accepted the recommendations for a gold model, where charges to cover the cost of publication are paid upfront; walk-in rights for the general public, so they can have free public library access to global research publications owned by members of the UK Publishers’ Association; and extending the licensing of access enjoyed by universities to high technology businesses for a modest charge.

While welcoming the government’s announcement, Robert Parker, chief executive of the Royal Society of Chemistry, warned that no new money is being found to help with the estimated £50 million annual transition costs. To help institutes cope with the added costs of funding open access, while maintaining journal subscriptions, the RSC has just announced its ‘gold for gold’ initiative. UK institutes signed up to the RSC Gold subscription package for online access to its databases, magazines and 37 journals will receive credit to cover open access publication in RSC journals, equal to the subscription they paid. The RSC expects to provide over £1 million worth of open access APCs for its journals in this way before the end of the year. ‘The RSC is delighted to announce this innovative experiment to help researchers make their articles open access during a period when funding to support this model is still relatively unclear,’ said James Milne, RSC managing director, publishing.

Research Councils UK (RCUK) has also announced that research that it funds will need to be published in an open access format from 1 April 2013. They will provide block grants to institutions to fund the APCs required under the new system. However, the level of funding or how it will be distributed, is not yet clear.

Finding funds to pay for the transition to open access remains a matter of concern. ‘There is likely to be a disproportionate effect on research-intensive universities in the short term,’ remarks Hall. ‘However, the medium- to long-term gains for these universities are immense.’