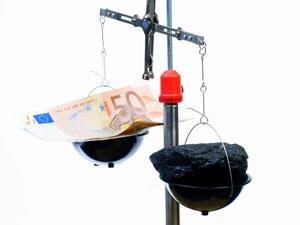 A plan to bolster the flagging price of permits to emit carbon dioxide that are traded in the EU’s Emissions Trading System (ETS) appeared dead last month after being voted down by the European parliament. But now, less than a month later, supporters say momentum is growing to reintroduce the plan for another vote, possibly as early as July.

The plan, which parliament rejected on 16 April, would have delayed the introduction of 900 million carbon allowances into the ETS, the cornerstone of EU efforts to reduce industrial greenhouse gas emissions. But what seemed a bitter defeat in April for supporters, is now, in retrospect, starting to look like an unlikely victory.

Jesse Scott, head of the environment and sustainable development policy unit of Eurelectric in Brussels, tells Chemistry World that the European parliament vote triggered headlines and debate not only in Europe, but around the world.

‘As a consequence, ETS reform has become a high-profile and urgent issue,’ she says. ‘We have seen the European commission, increasing numbers of MEPs and many member states steadily moving closer to our view of what is at stake and what needs to happen.’

The ETS, launched in 2005, places limits on carbon emissions for 11,000 installations, including power stations and the manufacturing industry. In total, it covers 45% of the EU’s carbon dioxide emissions. Each plant is given a set number of carbon allowances, calculated using emissions from previous years, to cover its carbon dioxide discharges. Installations that emit less than their limits, can sell their surplus carbon allowances. 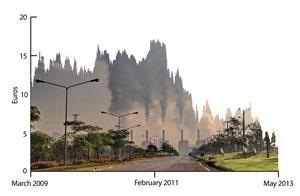 In theory, the cost of buying the allowances, either directly from other companies or on the open market, is supposed to provide financial incentives for companies to invest in carbon reducing technology or shift to less carbon intensive energy sources. But after reaching a peak of nearly €30 (£25) per tonne in the summer of 2008, prices have steadily fallen. By January they had crashed to under €5, providing little, if any, financial incentive for companies to reduce emissions.

Scott and other supporters of the rejected plan say that fixing the ETS is quite simple: prices of carbon allowances sold within the scheme need to rise much higher from current depressed levels in order to convince industry to reduce their emissions. However, reaching that goal of higher prices is a bit more complicated. One of the quickest methods would be reducing the supply of carbon allowances by delaying the release of 900 million allowances, described as ‘backloading’.

The revenge of backloading?

The rejected backloading plan would have postponed the release of permits for 900 million tonnes of carbon dioxide that was scheduled for 2013–15 until 2019–20. After the parliamentary vote, the price of a carbon allowance dipped below €3.

On 7 May members of the European parliament’s environment committee discussed in private the possibility of re-introducing the backloading plan. Afterwards, committee chairman Matthias Groote tweeted that the debate had been constructive and that the door is open for another vote as early as July. ‘I’m sure that a compromise with a modified text is possible,’ he said.

Peter Botschek, director of energy, health, safety and environment at the European Chemical Industry Council (Cefic) says that they support the ETS. He calls it ‘the best tool we have to reach the agreed emission reduction target at the lowest cost’.

However, he says that Cefic and other manufacturing sectors whose emissions are covered by the ETS are strongly opposed to the backloading plan. ‘This intervention will damage any trust in policies and does not solve imperfections of the current scheme,’ he says.

Doug Parr, atmospheric chemist and chief scientist at Greenpeace UK, says that he supports the EU’s emissions trading scheme, but only reluctantly. ‘[The ETS] is not an easy thing to like,’ he says. ‘It has been manipulated by industrial interests, in significant part leading to the problems we are seeing. And viewing the carbon price as the main instrument of policy, excluding others, has been confusing means and ends. Even before the backloading vote failed it was clear that deep structural reform would be required.’

Indeed, Marcus Ferdinand, senior market analyst at Thomson Reuters Point Carbon, says that if parliament approves backloading, he sees the average price of carbon allowances during 2013–20 rising to only €8, still far too low to push industry to cut emissions.

The commission has already suggested six possible options for structural reform of the ETS, the most straightforward being to squeeze the supply of carbon allowances by permanently retiring a portion of those scheduled to be released. Another option would be to speed up the withdrawal of carbon permits from the market, which is currently happening at 1.74% per year. Scott prefers this option, if the reduction is set at 2.3% per year. She says this would be in line with the European council’s goal of an 80–95% reduction in emissions by 2050, compared with 1990.

‘Backloading does not in itself solve the problem of surplus,’ she says. ‘Its value is as the only available quick signal to the carbon market, and also to international observers, that the EU recognises the crisis, remains committed to a long-term strategy of driving carbon reduction through a strong ETS and intends to take further structural action.’