Fears for forensic quality in England and Wales 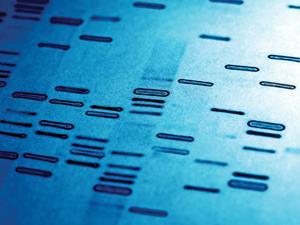 There is a real danger of forensic science standards slipping in the UK, according to a report from the National Audit Office (NAO). Concerns include a lack of transparency in police spending and a regulator that is virtually powerless.

The publicly owned UK Forensic Science Service (FSS), which carried out most of the forensic work for police forces, closed in 2012. The Home Office now manages a national forensic framework that police forces in England and Wales can use to purchase services from private sector suppliers, or they can choose to use in-house labs.

Publicly available data are limited and ‘incomplete, inconsistent and/or difficult to access’, says the NAO, echoing a 2013 report by the House of Commons science and technology committee. The Home Office has very little information on services police forces purchase outside the framework.

The NAO report found that expenditure on private sector forensic services purchased through the framework has declined significantly, to around £60 million a year. Police forces are undertaking more work in-house and this could undermine the market if companies choose to stop offering services, it says.

Private sector companies are concerned that police labs may be able to operate more cheaply by using police premises without charge, or by delaying meeting UK accreditation standards. The forensic science regulator – which sets the standards for forensics – has no powers to enforce compliance.

‘Alarm bells are ringing; there are problems are on the horizon,’ says Andrew Miller, chair of the Commons science and technology committee, who urges government to take this report seriously. ‘An easy fix would be to give more powers to the regulator [so it can] instil more professionalism in places where it is lacking. At present, there is inconsistency across the country, which could be a defence lawyer’s paradise, allowing them to throw doubt on the credibility of scientific evidence.’

However, a Home Office spokesperson insists that the police have access to the best possible services. ‘Police spending with private suppliers has reduced for a number of reasons such as falling crime, lower costs due to improved processes and greater competition.’

Steve Thomas, a spokesman for Prospect, the trade union for scientific professionals, says: ‘Nothing had really changed since the days of the FSS. The size of the market continues to shrink, forensic provision by the cash-strapped forces themselves continues to grow, regulatory standards continue to be piecemeal and no-one at the Home Office seems to have grasped what the potential impact of this is.’ While he is not aware of any private supplier leaving the market, this is a real possibility which could be ‘potentially devastating with no provider of last resort in place to pick up the work’.

Paul Roberts, professor of criminal jurisprudence at the University of Nottingham, UK, says he has concerns about whether the market can deliver high quality forensics. ‘The closure of the FSS, which was a shameful piece of institutional iconoclasm driven by ignorance and short-sighted actuarialism, will come to be seen as a catastrophe for the administration of criminal justice in England and Wales (and beyond). The damage, alas, may be irreversible for the foreseeable future.’

So are standards slipping? The issue is not just about procedure but also about the robustness of the science presented to courts, says Niamh Nic Daéid, professor of forensic science at the University of Dundee, UK. ‘A lack of underpinning science, as well as effectively explaining our results to a jury, may pose a far greater risk to our judicial proceedings,’ she explains. ‘Standards cannot be solely related to following standard operating procedures but must also refer to standards of the science being presented and the admissibility into the courts of that science. This requires an investment in research which is poorly resourced in the UK at the moment.’