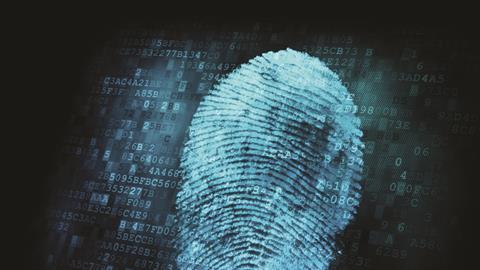 Forensic plan for the UK is ‘vague, incomplete’

The UK government has been told to rethink its forensic science strategy. MPs on the House of Commons science and technology select committee branded its plan for England and Wales as vague, incomplete and lacking a coherent vision – a view endorsed by both academic and private sector forensic specialists.

The government strategy, published in March, was already two years late but the committee’s acting chair Tania Mathias MP, said it had failed to consult widely. She added that it was vague about how local procurement of forensic services by individual police forces could deliver the proposed ‘more consistent national approach’.

There was, said the committee, a ‘pressing’ need for more forensics research. From an academic standpoint, forensic science research is ‘fragmented and uncoordinated, compared to research into other Stem subjects’, says Niamh Nic Daéid, director of research at the newly created Leverhulme research centre for forensic science at the University of Dundee.

‘Current research is driven by commercial need. What is missing is the judicial driver,’ she says. Judges decide what evidence is admissible, so ‘they need confidence in its scientific underpinning’ and that requires research. She cites the example of where there are more than two DNA sources in a mixture: separating them is a problem. The eight different algorithms in use, will give eight different results based on the same data. So research is urgently needed to come up with a universal solution.

The committee called on the government to commission the research it promised on the reasons for the low proportion of cases relying on forensic evidence reaching court. It is not known whether defendants don’t contest forensics or whether resources are misallocated. Nic Daéid adds that the Crown Prosecution Service might make a decision not to take a case forward, ‘but that doesn’t mean the science was rubbish’.

Mark Pearse, commercial director for forensics and security at LGC, says his company does carry out research, but ‘lacks a complete national steer about which problems the police are trying to fix’. He advocates horizon scanning, to identify the top three to five priorities, and those in a position to do the work. Pearse argues that either the government or the police themselves could set priorities.

The committee suggested that the government should push the new umbrella research body UK Research and Innovation to ‘press for a greater priority – and share of funding – to be given to forensics research’. Nic Daéid says the research councils do fund forensic science research, but she argues that much of what is needed is too applied to fall within their remit.

In its strategy document, the government had said that a national approach to forensic service delivery could generate significant savings for the police, but the committee heard from the Forensics Regulator that cash-strapped police forces might divert savings elsewhere. So it recommends that at least half of the money saved by the 43 police forces of England and Wales should be explicitly ringfenced and used to fund the forensic science research needs identified by the Home Office and Ministry of Justice.

The committee also told the government to bring forward legislation to give the Forensics Regulator the power to ensure police forensic laboratories meet quality standards, and within the deadlines set by the regulator.