A new soil analysis technique could allow the detection of very low levels of asbestos, which could be harmful to health 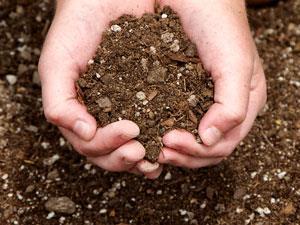 Nowadays we all know the health risks posed by asbestos, and the great lengths taken to detect it and eliminate it from our environment. At one point, however, asbestos was used in everything from insulation material and flooring material to the brake linings used in cars, meaning there is plenty of it still out there.

Current methods of asbestos analysis are geared towards looking at building materials, but are not sensitive enough to detect the substance in soil. But recent work by a team of US scientists could solve this problem, boosting the sensitivity of the technique 100-fold.

David Berry of the US Environmental Protection Agency, who lead the research, says that asbestos can be hazardous to human health even at low concentrations. ‘At many asbestos-contaminated sites one of the main routes to exposure is disturbance of contaminated soil, which causes asbestos fibres to be released to the air where they can be inhaled,’ he says. ‘Studies have shown asbestos concentrations of potential health concern may be released into the air from soils with low-levels of contamination – less than 1%. Methods that can detect and quantify low levels of asbestos in soil are needed to characterize the nature and extent of asbestos soil contamination.’

A common sampling technique in asbestos analysis is elutriation, which separates lighter particles from heavier ones, generally using air or water. Unfortunately water is not suitable for complex matrices like soil, and air-based methods are too time-consuming.

The Berry group’s research uses an air-based fluidized-bed technique, modified to make a fluidized-bed apparatus segregator (FBAS). Soil samples are dried, sieved, combined with sand, and then elutriated with air, giving detection limits approximately 100 times lower than those achieved with other sample preparation methods. Other advantages include smaller sample sizes, a more portable instrument design and easier decontamination between samples.

Berry’s technique could go some way towards addressing what is fast becoming a source of public-health concern. Aubrey Miller, from the National Institute of Environmental Health Sciences; National Institutes of Health, US comments ‘Understanding the health risks of such exposure has been severely hampered, since even low levels of soil contamination, below the capabilities of standard analytical methods like polarized light microscopy, can still generate hazardous airborne exposures during routine activities, such as when kids are playing outside.’

The next steps for Berry and his co-workers are to validate the FBAS soil preparation method, and to improve the total asbestos recovery and analytical sensitivity of the technique.