Free generics for India's poor but big pharma misses out 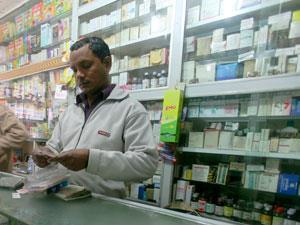 The government of India has announced a $5 billion (£3.2 billion) plan to provide more than half of the country’s 1.2 billion people with free generic drugs. In a country that has among the lowest healthcare spending per capita in the world, this is welcome news. But there are fears that the pharmaceutical industry, looking to the emerging markets to make up for declining sales in the developed world, will suffer as the plan will only cover generic medicines.

The scheme will be rolled out over the next five years and will allow public doctors to prescribe non-branded generics from a list of 348 drugs. The list will include antibiotics, antiretrovirals and cardiovascular drugs, extending the range of drugs that public clinics provide for free. The government hopes that by 2017 the initiative will reach half of India’s population. The healthcare plan will be a lifesaver for more than 800 million people who currently live on less than $2 a day.

Officials in the government have made it clear that doctors can use only a small proportion of the funding to prescribe drugs beyond the list, with disciplinary consequences for non-compliance. The government’s emphasis on generics is being touted as another blow to the multinational drug companies. With declining growth in sales in the developed countries, firms were looking to emerging economies to pick up the slack.

But this development shouldn’t worry big pharma, says Tapan Ray, director general of the Organisation of Pharmaceutical Producers of India. ‘The rapidly growing middle class population will continue to favour branded drugs prescribed by doctors at private hospitals and clinics.’

In 2011, 75% of India’s $14 billion spend on drugs was in urban areas. The government will inject about $1 billion per year into the drug market, which is only 7% of the current expenditure, and will be targeted mainly toward the rural population.

But India’s plan to provide generics for the poor comes in face of a recent controversial decision by India’s patent office. In March this year, it allowed Natco Pharma to make and sell a generic copy of a patented Bayer cancer drug called Nexavar. The generic manufacturer will pay only a 6% royalty for a drug that it will sell for about $180, which is a mere 3% of what Bayer charges for it in India.

This was the first time that a compulsory licence, as it is called, has been granted in India. It sent a wave of fear through the pharma world that this would lead to a flood of compulsory licences, creating cheaper generic versions of patented drugs.

Dishing out compulsory licences isn’t sustainable, Ray says. The pharma industry has been among the steadiest contributors to the growth of the Indian economy and such decisions don’t go down well with an industry that spends a lot of money on R&D. Ray feels that such licences should be allowed, but ‘only after exhausting all other access improvement measures or in an emergency public health related situation’.

India hasn’t granted any more compulsory licences since. But that isn’t to say that other emerging markets aren’t thinking about it. China recently changed its regulations to grant authorities the power to issue such a licence.

At the moment though, most sales in emerging markets come from branded generics, which are off-patent drugs sold at a premium. In providing free drugs for the poor, the government prefers generics to branded generics because they are much cheaper, sometimes as much as 10 times cheaper. It also aims to save more money by procuring these generics in bulk.

Moreover, the Indian ministry of micro, small and medium enterprises is pushing to make it compulsory for public institutions to source up to 20% of its purchases from small and medium businesses. The proposal has been pending in the Indian cabinet for some time now, but the new drug plan is an ideal way of bringing it to the fore. If successful, it raises serious concerns about the quality of the drugs acquired in bulk. Deepak Chembath, general manager of strategic marketing at Abbot Healthcare India, says: ‘The ministry should instead focus on setting up a regulatory and monitoring framework to ensure better quality of products from small and medium businesses, thereby making them more competitive.’