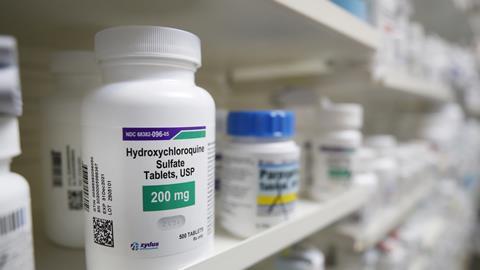 A probe instigated by the French health ministry has found ‘serious malfunctions’ in the laboratory of Didier Raoult, a microbiologist who rose to prominence after suggesting hydroxychloroquine could treat Covid-19.

Based on Raoult’s small March 2020 study, the then US President Donald Trump repeatedly endorsed hydroxychloroquine, a decades-old cheap malaria drug as a treatment for Covid-19. The study soon came under scrutiny when the International Society of Antimicrobial Chemotherapy, which runs the journal that published the study, distanced itself from it.

Now the new report has also raised questions about the hydroxychloroquine study. ‘Many of us already suspected that some of the results have not been obtained honestly, [and] that there were differences whenever he did an investigation of a treatment group and a control group,’ says Elisabeth Bik, a microbiologist-turned-scientific-integrity-consultant in California who initially raised the alarm on the hydroxychloroquine study.

‘His papers and his pushing of the [hydroxy]chloroquine as a Covid-19 remedy contribute to the idea that vaccines were unnecessary and that the disease was a minor problem, well under control with a cheap pill. Politicians like Bolsonaro and Trump weaponise [these] sort of ideas, further spreading dangerous misinformation,’ says Enrico Bucci, a biologist at Temple University in Philadelphia. 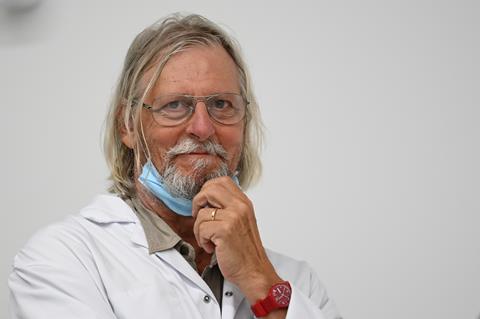 According to media reports, a criminal investigation is now underway against Raoult, who was the head of the Hospital-University Institute Mediterranean Infection (IHU) from 2011 until he retired this summer. In June, Raoult’s lab was also sanctioned by France’s National Agency for the Safety of Medicines and Health Products for breaches and non-compliance with regulations covering research on human subjects.

In 2006, Raoult and four of his co-authors were banned from publishing in journals run by the American Society for Microbiology (ASM) for one year after being accused of image manipulation – a charge that Raoult has vehemently denied over the years.

Last week, six more papers co-authored by Raoult that were published in ASM journals were flagged with expressions of concern notices. All of the notices state that the paper in question ‘is being reviewed as part of a ‘scientific misconduct investigation’ by the University of Aix Marseille. This expression of concern is issued pending the outcome of the investigation and will be updated accordingly thereafter.’

The new report found that for many of the IHU studies documenting the health of homeless people, ethical consent was not sought in the participant’s own language. ‘Some of these patients were people who didn’t speak French – foreigners or homeless or migrants – and so those people, according to the French rules, should have been properly informed in their own language,’ Bik explains.

Last August, Bik penned a blog post highlighting the problems with the research, where she noted that 17 papers spanning 10 years of research at the IHU on homeless people in Marseille, appear to use the same ethical review board approval numbers – another problem also highlighted by the new investigation.

According to Bik, the new report finds evidence of ‘bullying, verbal violence, humiliation, devaluation, misogynistic remarks, angry behaviour on the part of some heads of department towards students but also staff’ on the part of IHU leadership.

On 29 April 2021, Raoult filed a criminal complaint against Bik on the basis of attempted blackmail, attempted extortion and aggravated moral harassment. One year on, nothing has come of the complaint, Bik says.

‘This is the description of a toxic professional environment, able to substantially pollute science on a vast scale,’ adds Bucci. ‘After reading the report, I would like to use the words of Professor Pierre Tattevin, president of the French Infectious Diseases Society, who said in 2021 that IHU, referred to as “like a sect”, had “lost so much, in terms of scientific dignity, that we hardly see how they could recover”.’

The report made 16 recommendations including updating the rules governing the appointment and oversight of the institute’s director, strict compliance with these rules and training to preventing harassment.