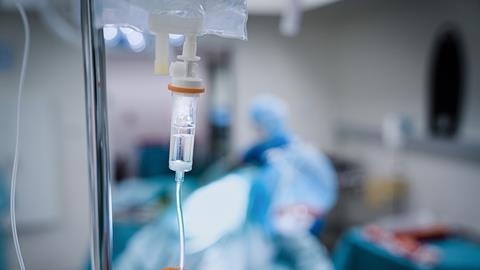 Repurposing existing drugs is proving to be a fruitful Covid-19 strategy. Two anti-inflammatories are the latest to be shown to cut the risk of death in severely ill patients.

It is difficult to quickly trial drugs during a pandemic. Some treatments that seem beneficial in small trials, or hyped like hydroxychloroquine, disappoint later. However, the large Remap-Cap trial was already up and running and testing treatments for pneumonia patients when the pandemic began.

When Covid-19 hit, Remap-Cap recruited its first patient in March 2020 into an existing trial of steroids in patients with severe lung infections. Remap-Cap is a ‘new and improved version of a randomised controlled trial’, says Lennie Derde, an intensive care physician at UMC Utrecht and the European coordinating investigator of the trial.

Remap-Cap is running 31 interventions in a dozen therapeutic areas including anti-virals and immune modulators. Most clinical trials assign patients to one of two treatments or a placebo. For Remap-Cap, patients can be assigned to multiple treatments, which ‘is much more in line with your typical clinical treatment’, says Derde. Everything is assessed in one statistical model.

The results are reported whenever an intervention crosses a predefined probability threshold of being superior to the control. If a treatment crosses a pre-defined futility threshold, the trial ends – as happened for the antiviral lopinavir/ritonavir. A publication is due soon on the negative results for this antiviral.

Most recently, Remap-Cap reported that critically ill patients were discharged quicker from intensive care units (ICUs) when treated with either of the two monoclonal antibodies, tocilizumab or sarilumab. Both block interleukin-6 (IL-6).

A medRxiv preprint details how 353 patients were given the arthritis drug tocilizumab and another 48 received sarilumab. There were 402 control patients who received standard care. Those given either of these anti-inflammatories had a 27% mortality rate, versus 36% without, a relative risk reduction of 24%. Patients need to get the medication within 24 hours of requiring organ support, however. ‘It’s important to treat people early,’ notes Anthony Gordon, a critical care doctor and chief investigator of the Remap-Cap trial in the UK.

Not too early though, since timing in immune modulation is key. ‘The immune system is a series of brakes and accelerators and you want to apply the brake and take your foot off the accelerator at the right time,’ says Luke O’Neill, an immunologist at Trinity College Dublin. It is crucial to not undercut a person’s immune system if they are clearing the virus.

The trial domain looking at four immune modulators will continue for now, with the two IL-6 blockers and two other modulators, an IL-1 inhibitor (anakinra) and interferon beta-1a. ‘We will now redesign that domain and add in new immune modulators,’ says Derde, now that two interventions are proven to work. While supplies of the drugs are thought to be adequete to meet demand, the big downside with tocilizumab and sarilumab is that they cost around $1000 (£720) per course, though this is less than half the cost of a day’s stay in an ICU in a northern European country.

Pneumonia in severe Covid-19 results in an exaggerated immune response, with a so-called ‘cytokine storm’ caused by the virus. There is a surge in pro-inflammatory cytokines such as IL-6, which damages tissues and draws in more immune cells. From early on this attracted interest and medics were quick to try anti-inflammatories.

Steroids are a general anti-inflammatory tried in patients with Sars, Middle East respiratory syndrome (Mers) and severe influenza, similar to Covid-19. But they were not proven to work.

Back in March, Remap-Cap started including Covid-19 patients in a trial of a steroid, hydrocortisone. However, a landmark UK trial, Recovery, reported during the summer, showing that the generic steroid dexamethasone reduced deaths amongst those receiving oxygen or on a ventilator.

‘We decided that the external evidence was a reason to stop our trials,’ says Derde. They then discovered that their trial had reached a 93% probability of steroids being effective, and reported on 403 patients in eight countries. The World Health Organization issued a recommendation in September for patients with severe Covid-19 to be given steroids, after a meta-analysis of seven trials, including Remap-Cap. This makes steroids and IL-6 blockers the only drugs with a solid evidence base that they reduce mortality rates in Covid-19.

Another recent conclusion is that convalescent plasma is not effective in the treatment of critically ill Covid-19 patients. This is expected to be published soon. Also, ‘we are expecting to publish about the anti-coagulation domain within the next few weeks’, says Derde, where therapeutic anticoagulation ‘triggered for futility and even potential harm’, when compared with a strategy of standard care.

A committee meets periodically to discuss new interventions. Apremilast, a small-molecule immunosuppressant for inflammatory arthritis, is now in trials. ‘That flips a generic off-switch for inflammation by boosting cyclic AMP, which acts like a general dampener for the inflammatory process,’ O’Neill explains. Another is eritoran, an investigational treatment that blocks a pro-inflammatory switch, trialled unsuccessfully for sepsis.

Medical centres in North America, Europe and Asia, as well as Australia and New Zealand, are taking part in Remap-Cap, though the UK’s participation is especially notable. The UK accounts for almost half the global sites and by far the most participants as a consequence of the UK’s excellent research structure and high number of Covid-19 patients.