David Mills is a professor in the chemistry department at the University of Manchester, UK

David Mills likes making compounds that – in theory – have no right to exist. His group synthesises compounds with unusual oxidation states, unusual geometries and unusual bonding motifs. Much of the time those compounds feature elements from the periodic table’s f-block. 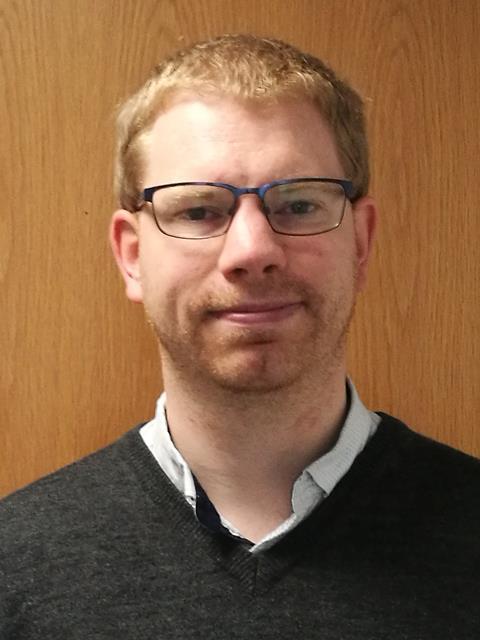 David Mills is a professor in the chemistry department at the University of Manchester, UK

‘The compounds we make are always air and moisture sensitive. Sometimes they’re light- and temperature-sensitive as well,’ explains Mills, a proud Welshman. F-elements are highly oxophilic and prefer high coordination numbers and ionic bonding regimes. Mills’ group tends to target compounds that are coordinatively unsaturated and involve softer atoms than oxygen, which makes them especially tricky to work with. ‘The large electronegativity difference means you’ve got to dot the i’s and cross the t’s with your Schlenk line and glovebox techniques … I think sometimes our collaborators wish our compounds were better behaved. But as far as we’re concerned, it’s part of the fun.’

As a field, f-element chemistry is less developed than the s-, d- and p-blocks. ‘Our understanding is immature, but that means it’s an area where so many things are just itching to be discovered,’ says Mills. ‘There were a lot of assumptions previously. But the last couple of decades have seen chemists challenge those assumptions and do things that people said were impossible.’ For example, a textbook from 25 years ago would state all lanthanides are in the +3 oxidation state in solution, apart from cerium, which can be +4, and samarium, europium and ytterbium, which can be +2. ‘And that was it. But in the last 20 years, every lanthanide – apart from promethium, which is massively radioactive so you can’t get your hands on enough to do a reaction – has been isolated in the +2 oxidation state. Chemists have really opened up what is achievable,’ he says.

‘Extending the oxidation state range of an element helps you tease out more about its underlying properties. And if you can open up a wide range of oxidation states, then you move into the realm of transition metal chemistry, and they do these very beautiful two-electron oxidative additions and reductive eliminations for catalytic processes. So expanding the redox chemistry of any element can lend itself to future applications.’

I think sometimes our collaborators wish our compounds were better behaved

Much of Mills’ research attempts to influence the optical and magnetic properties of f-elements. ‘One of the fun things you can do with their non-aqueous chemistry is make them a certain shape. For example, if you can make a dysprosium compound with atoms at the top, atoms at the bottom and no atoms around the equator, that makes the best single-molecule magnets. But it’s very hard to make an f-element component with a low enough coordination number that it doesn’t have equatorial atoms because the bonding’s so electrostatic, it’s so ionic, it tries to bond to as many atoms as it can, so you have to work pretty hard on your ligand design and your synthetic methods to stop that from happening.’

Back in 2017, Mills and his colleagues synthesised a complex featuring a dysprosium atom sandwiched between two aromatic rings.1 The complex, known as dysprosocenium, stays magnetic up to –213°C, which was much warmer than previous efforts and edges single-molecule magnets closer to being used for data storage.

Four years later, dysprosocenium cations are still the family of single-molecule magnets with the highest hysteresis temperature. ‘Since that discovery, we and others have varied substituents, we’ve made a larger family of similar molecules, structurally analogous compounds and used other lanthanides.’ But Mills emphasises that his group’s work isn’t just about making particular compounds. They also devise imaginative synthetic methods that other researchers can then use.

The single-molecule magnet work saw Mills become a chemistry finalist in the 2021 UK Blavatnik Awards for Young Scientists, for which he received an unrestricted prize of $30,000 (£22,000). ‘It’s an award that comes from a team effort,’ he says. ‘I’m going to try and spend as much of the money as I can on people who’ve helped me along the way: my group, collaborators, mentors, family, friends. I’d like to spend it on activities where we just spend some time with each other.’ 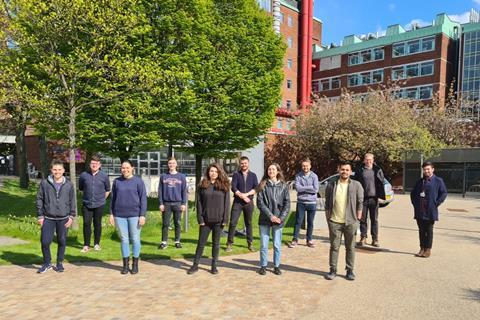 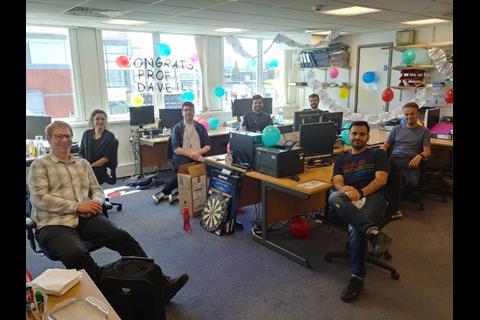 Mills was promoted to full professor in June 2021

Mills speaks very warmly about his research group. ‘We use a motto from the Bill and Ted movies, which is “Be excellent to each other”. You don’t need a set of rules – that covers everything. We treat each other with respect and make people feel welcome. I expect my group members to do their best, but also put equal importance on their own research activities as those of their colleagues. Maintaining a positive, professional and unselfish research environment is important to me,’ he explains.

‘Like any chemist, I’m not a trained manager,’ Mills admits. Nevertheless, in 2020 he received a Student’s Union Award for best academic advising. ‘The undergraduate students would have nominated me. And that’s one of the reasons I was really delighted. I’m not an expert [at advising]. But I’m happy to spend time with our students, to understand what they want to achieve and see if there’s anything I can do to help.’