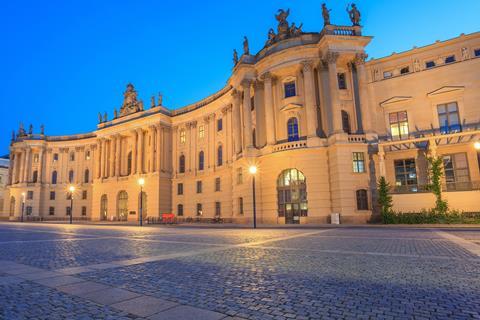 A consortium of German universities, research institutes and public libraries has rejected the latest offer from Dutch publishing giant Elsevier for a new country-wide licensing agreement for its research portfolio. Germany’s chief negotiator says the offer does not meet the requirements of German researchers.

The rejection in early July, comes after nearly a year of negotiations during which time rock-hard positions on both sides have scarcely budged, leaving a huge gap yet to be bridged. The German side, represented by a consortium founded in 2014 called Project DEAL, includes the German Research Foundation (DFG), the Fraunhofer–Gesellschaft, the German National Academy of Sciences Leopoldina, the Helmholtz and the Leibniz associations, and the Max Planck Society. Backed by these research giants plus dozens of universities, Project DEAL is demanding a nationwide contract from Elsevier that includes fair pricing, open access in Germany to all papers authored by researchers at German institutions, and permanent full-text access to all electronic journals published by Elsevier. Project DEAL will also lead negotiations for nationwide licensing agreements with Springer Nature and Wiley.

Horst Hippler, a physical chemist and chief negotiator for Project DEAL, tells Chemistry World that after a year of negotiation with Elsevier, the consortium had expected to ‘finally receive’ a proposal that could serve as a basis for further discussion in early July. But he said the offer ‘does not meet any of the requirements and expectations of the German scientific community’.

Hippler, who is also president of the German Rectors’ Conference (HRK), Germany’s main university association, says Project DEAL submitted a ‘fair and transparent’ proposal to Elsevier in July. ‘We asked Elsevier to finally enter into serious discussions on the basis of our principles and our proposal but we are still waiting for an answer for that. Elsevier is constantly trying to talk institutions into individual negotiations.’

Chemistry World contacted Elsevier for comment but did not receive a response.

As the negotiations between Germany and Elsevier now enter the second year, both sides will be feeling mounting pressure to reach agreement. Late last year, more than 70 universities, institutes and public libraries cancelled contracts with Elsevier to ‘improve their negotiating power’. Earlier this year, the institutions went several weeks without access to Elsevier’s portfolio before the publisher restored access in February ‘while good-faith discussions about a nationwide contract carry on’.

However, Project DEAL’s negotiating stance remained firm and Elsevier’s public statements indicated a growing frustration with the lack of progress. In late June, Project DEAL received a huge boost when three highly influential Berlin universities and Charite university hospital announced that they would cancel Elsevier contracts at the end of 2017. A few days later nine universities, including heavyweights Freiburg, Heidelberg and the Karlsruhe Institute of Technology (KIT), made similar pledges.

Tim Gowers, a mathematician at the University of Cambridge and an open access supporter who led a boycott against Elsevier in 2012, tells Chemistry World that he is ‘following the situation in Germany with great interest’. ‘I am very impressed that the German negotiators have had the courage and vision to stand up to the bullying tactics of Elsevier, and that they have had the necessary support from researchers who use the journals.’

Gowers is critical of the agreements that Dutch and UK research institutions have reached with Elsevier. He argues that UK negotiators ‘failed to obtain, significant changes’ and have ‘a lot to learn from the German example’. ‘We should be aiming for radically cheaper deals, rather than slightly improved versions of the current deals.’

Gowers hopes that German negotiators and Elsevier will both ‘refuse to budge’ and that contract talks break with no agreement. Under such a scenario he believes it will become clear that Germany’s researchers have not suffered any serious inconvenience. ‘This, I believe, is what would truly embolden other countries and lead to a collapse of the current system.’

Hippler says that Project DEAL is in ‘close contact with many nations’ in Europe and the US too. ‘We are receiving a lot of positive feedback and recognition, especially regarding our negotiating goals for transformation to open access and for a fair and sustainable price model,’ he says. Project DEAL is open to compromise Hippler says, but compromise must be fair for both parties. He says that Elsevier thus far has not even addressed Project DEAL’s content requirements for a Germany-wide licence that reflects open access and the rapidly changing scientific landscape.

‘In the course of digitisation, science communication is undergoing a fundamental transformation process,’ he says. ‘Comprehensive, free and – above all – sustainable access to scientific publications is of immense importance to our researchers. We therefore will actively pursue the transformation to open access, which is an important building block in the concept of open science. To this end, we want to create a fair and sustainable basis through appropriate licensing agreements with Elsevier and other scientific publishers.’

‘There can be no mistaking how serious we are about this,’ he adds.