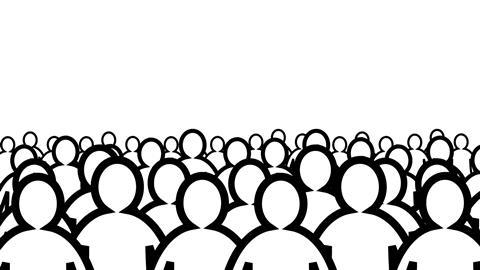 Most scientific editors still come from US or UK

Academic journals lack international editorial board members, as most editors are based either in the US or UK – a situation that hasn’t changed over the last three decades, a study evaluating environmental biology journals has found.

‘I don’t think that a lot of people really appreciate the power editors have in the scientific community,’ says the study’s lead researcher Emilio Bruna, a biologist from the University of Florida, US, who is editor-in-chief of the journal Biotropica. Editorial board members act as gatekeepers of science, Bruna explains. ‘In a sense [editorial board members] are validating the notion that someone is welcome into the club, that they are doing research considered to have sufficient quality and interest.’

Scientists face different challenges and constraints depending on where they are based – something a diverse editorial board needs to reflect. This, Bruna emphasises, is not just true for field-based subjects.

‘Diversity in gatekeeping is critical to ensure diversity in science,’ says Cassidy Sugimoto, who researches scholarly communication at Indiana University Bloomington, US. The most striking find, she says, is the lack of change in diversity over time. ‘This work on environmental biology is important to provide evidence of the lack of diversity in editorial boards,’ Sugimoto adds.

‘It’s essential that we interrogate the composition of our boards to ensure they represent the breadth of interests and diversity of our authors and readerships,’ says the Royal Society of Chemistry’s publishing director Emma Wilson. ‘Our regular reviews of editorial board membership is just one activity of the many ongoing ones dedicated to promote inclusion and diversity, which we’ll be announcing at the launch of the Diversity landscape of the chemical sciences report in February.’

The Royal Society of Chemistry’s journals’ 2017 statistics show 30% of editorial board members across all journals are based in the US, 12% in China and 12% in the UK. However, longer term studies for chemistry journals are currently missing. Bruna’s team has set up the crowd-run Gatekeeper project in an attempt to collate these data.

Bruna says that the problem is simple to solve. ‘Quite frankly, editors have to work. When you are trying to seek out new members of your editorial board, instead of just taking the list that people send you, you actually seek out people in parts of the world that aren’t currently well represented,’ he suggests.