Researchers in the UK have developed an electrochemical sensor that can test the potency of ginger.

Richard Compton of the University of Oxford, who led the research, explains that food technologists need ‘to be able to measure the strength of ginger to ensure uniformity of products as part of their quality control procedures’.

The new sensor measures levels of gingerol compounds, the pungent chemicals present in root ginger that account for its unique aroma. It does this using a technique known as adsorptive stripping voltammetry, which works by allowing gingerol molecules to accumulate on the sensor’s electrode and then measuring an electrical current as they are removed with an acidic buffer solution. 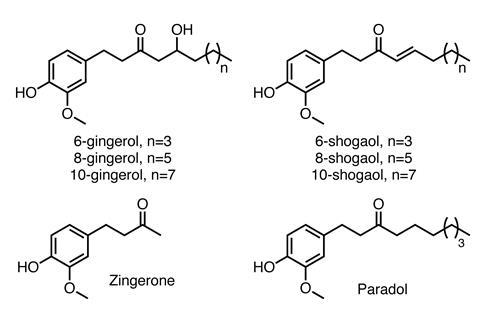 ‘Carbon nanotubes are used to adsorb and so pre-concentrate the ginger species prior to electrolytic analysis using the nanotubes as the electrode.’ explains Compton. The carbon nanotubes increase the surface area of the electrode, enabling the detector to determine concentrations of flavour molecules in solutions with high sensitivity and accuracy, he adds.

Neil Rees, an electrochemist based at the University of Birmingham, UK, is impressed with the new technique: ‘the ability to unambiguously determine the concentration of flavour molecules using a relatively inexpensive method must be an advance over the organoleptic [human taste tester] methods previously used in the food industry.’ He applauds the innovative approach taken by the research team: ‘this simple but effective experimental design facilitates scale-up via screen-printing or the use of commercially available disposable modified electrodes’.

Korbua Chaisiwamongkhol, who worked on the project, says that the research team is keen to incorporate the sensor into a portable device to make ginger analysis even easier. The team has already produced similar gadgets for detecting garlic strength and chilli heat, she says: ‘Our hand-held chilli-meters are also used in schools, where children of all ages can develop their own research projects around measuring capsaicin levels in chilli peppers or sauces using the robust and reliable technology.’