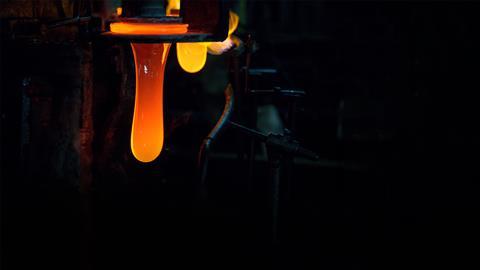 Glass should be redefined as a liquid

Two material scientists have called for a rethink on the definition of exactly what glass is. The redefinition would see glass described as a non-equilibrium, non-crystalline state of matter more akin to a liquid than a solid.1

When materials engineer Edgar Zanotto gave a talk at a glass technology conference, he might not have expected that he would spark a heated debate about the nature of vitreous materials. Despite humans having used glass for around 6000 years, it still seems to defy definition: glass is rigid and breaks like a crystalline solid, but it also flows like a liquid. While this movement is too slow to observe in typical window pane glass, some glasses flow quickly enough to allow measurements.2 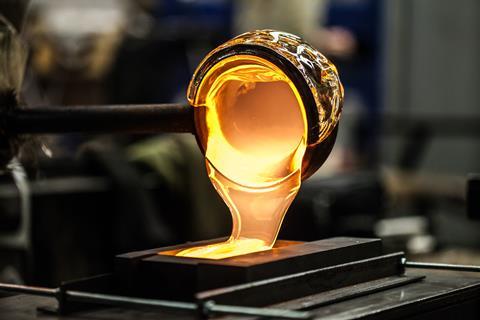 Now, Zanotto from the Federal University of São Carlos, Brazil, and John Mauro from glass manufacturing company Corning are trying to change the textbook definition of the vitreous state, which generally describes glass as a non-crystalline solid. The researchers argue that glass should be classed as a frozen liquid, because its structure is closer to that of its parent supercooled liquid than to the crystalline state.

Glasses, like liquids, relax and deform under the action of gravity alone. Solids, on the other hand, deform only under external pressure. Moreover, all vitreous materials will ultimately solidify into a crystalline material. If they were already solid, the researchers reason, this phase transition wouldn’t be possible.

Both flow and solidification are extremely slow on human time scales, which goes some way to explaining why glass has been regarded as a solid for so long.

A modest proposal to update the textbooks

The new proposed definition of glass for non-specialists is:

‘Glass is a non-equilibrium, non-crystalline state of matter that appears solid on a short time scale but continuously relaxes towards the liquid state.’

The two materials scientists also have a more detailed definition for experts:

‘Glass is a non-equilibrium, non-crystalline condensed state of matter that exhibits a glass transition. The structure of glasses is similar to that of their parent supercooled liquids (SCL), and they spontaneously relax toward the SCL state. Their ultimate fate, in the limit of infinite time, is to crystallise.’