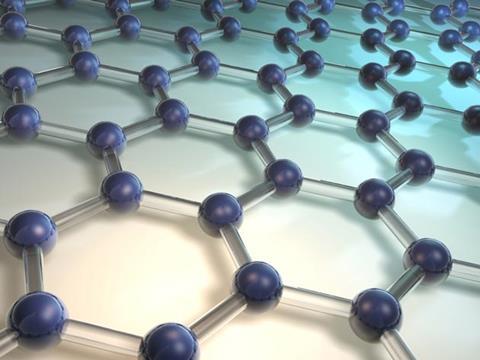 Scientists in China have developed a method to produce large-scale, high quality, graphene composite films easily and cheaply. The process could be invaluable in commercialising the material for electrochemical biosensor applications.

Graphene has become something of a wonder material since the Nobel prize for physics was awarded to Andre Geim and Konstantin Novoselov in 2010 for their groundbreaking investigations into the material. Its remarkable chemical and electronic applications have led to many researchers finding new applications for it. However, its simple, cheap and large-scale production has remained a major hurdle in its commercial realisation.

Now, Xingyou Tian at the Chinese Academy of Sciences, Hefei, and Yuhua Shen at Anhui University, Hefei, and colleagues, have used an everyday inkjet printer to create uniformly distributed multilayer graphene-based composite films. The graphene layer was alternated with phosphotungstic acid, a polyoxometalate that is often used as a functional material as it holds its structure when undergoing redox processes.  By printing layer over layer on an indium tin oxide base, an alternating multilayer composite film was formed.

‘This method is effective in fabricating films because it has advantages such as low cost, high speed patterning and applicability to various substrates,’ explains Hui Zhang, one of the team members. The method was not without its challenges, as the researchers found when the printer nozzle clogged easily.

Aldo José Gorgatti Zarbin, a carbon materials expert at theFederal University of Paraná, Brazil, has explained that the novelty of the work lies in the inkjet printing technique. He describes it as ‘a really effective method for film production’.

A test of the films’ quality was in their application as a biosensor for dopamine. Dopamine is a vital chemical in neurotransmission processes and is used to diagnose Parkinson’s disease. Tian and Shen’s groups successfully used the film over a wide range of concentrations, and have shown that the printed film is an excellent platform for biosensors.

The group are looking to continue their research using professional nanomaterial printers, which they hope to use to acquire high quality films. Zarbin adds that further research into the ‘limit of detection and quantification are imperative to a real sensor’ and could be interesting avenues of investigation.