‘Great outcome’ for chemistry in REF 2014 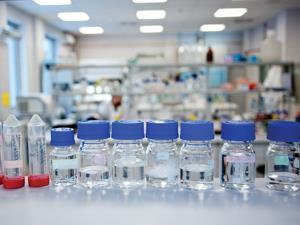 The results of the 2014 Research Excellence Framework (REF) are in. For chemistry, overall research quality has improved significantly since the last exercise in 2008, showing the subject is in robust health, says the chair of the judging panel.

The REF results are hugely important to higher education institutions (HEIs) as they are used by the four UK funding bodies to allocate research funding – around £2 billion a year from 2015-16 – and determine rankings in league tables. In early 2015, the government will the specific combinations of results that it will use to make funding decisions.

This time around, the overall result not only takes into account the quality of research outputs (worth 65% of the overall profile) and the research environment (15%), but also the social, economic and cultural impact of research (20%). Universities have to provide case studies proving evidence of impact, such as how research has benefited the wider community; and a research strategy showing how the university engages with research ‘users’.

Thirty-six subject panels, comprising UK and international researchers and industry experts, peer-reviewed the submitted research of 52,061 academic staff from 154 HEIs. Across all subjects, the panels judged 30% of submissions to be ‘world-leading’ (4*) and 46% to be ‘internationally excellent’ (3*). In terms of research outputs, 22% were classed as world-leading, up from 14% in 2008 with a further half internationally excellent, up from 37%. For the impact measure, 44% of submissions were judged ‘outstanding’ and a further 40% ‘very considerable’.

Richard Catlow of University College London chaired the chemistry judging panel and reports ‘a clear and very significant improvement in the overall quality of submissions’. He continues: ‘For example, in 2008, 32% of submissions were rated overall as ‘recognised internationally’ (2*), but this has dropped dramatically to 9% in 2014. And in terms of research output, 8% were rated 2* compared with 39% in 2008.’

He says this is partly because of a genuine increase in quality, and partly because institutions have got their act together. ‘It’s a great outcome for our discipline. It really shows that our subject has come through its rough patch of 10-15 years ago and is now in robust health.’

Catlow believes that attitudes to the new impact measure will be transformed ‘as people see it as an opportunity to show what our discipline achieved outside the academic sphere.’ It was controversial at first as people thought it would be difficult to assess, but it turns out ‘we could do a good job’, says Catlow. ‘The quality of the case studies was outstanding in many cases with in-depth evidence, very well put together and well researched. We could see evidence of impacts clearly.’

The REF submission involves a huge amount of effort, remarks Ivan Parkin, head of chemistry at UCL. He estimates that it took about two man-years’ worth of work to complete the paperwork with each impact case-study taking about two man-months. ‘Overall chemistry as a discipline did very well from impact; the UK community has a lot of very exciting case studies to report.  I think impact will be here to stay and it actually benefits chemistry as a whole to show politicians the value of what we do to the wider society.’

Andrew Hodgson, head of chemistry at Liverpool University, also thinks the new impact measure is a good move. ‘Particularly, for science subjects, it is something funding councils can use to sell to government. It was quite a lot of work, but this was probably more valuable than the other work associated with the REF as we looked at links with companies and commercial output, where we had not collected data that well before.’ He is very pleased with a ‘better than expected’ result, rising to 2nd from 8th position when departments are ranked on output and based on a grade point average (as calculated in the Times Higher Education rankings).

Overall the ratings are a ‘fantastic result’ for chemistry, says the Royal Society of Chemistry’s president, Dominic Tildesley. But he points out that while these results highlight the value of UK science, the UK now spends less of its GDP on R&D than all but one of the G7 nations. ‘We need politicians to reverse the decades-long decline in government science funding,’ he says.

Meanwhile, the University and College Union, which represents academic and research staff, warns institutions against using low scores as an excuse to reduce staff numbers. ‘The calibre of research at UK institutions is incredibly high,’ says general secretary Sally Hunt, ‘but too often our world-leading research is being conducted by people with little or no job security. Universities must avoid any knee-jerk reactions to the results or use perceived low scores to make unnecessary cuts.’